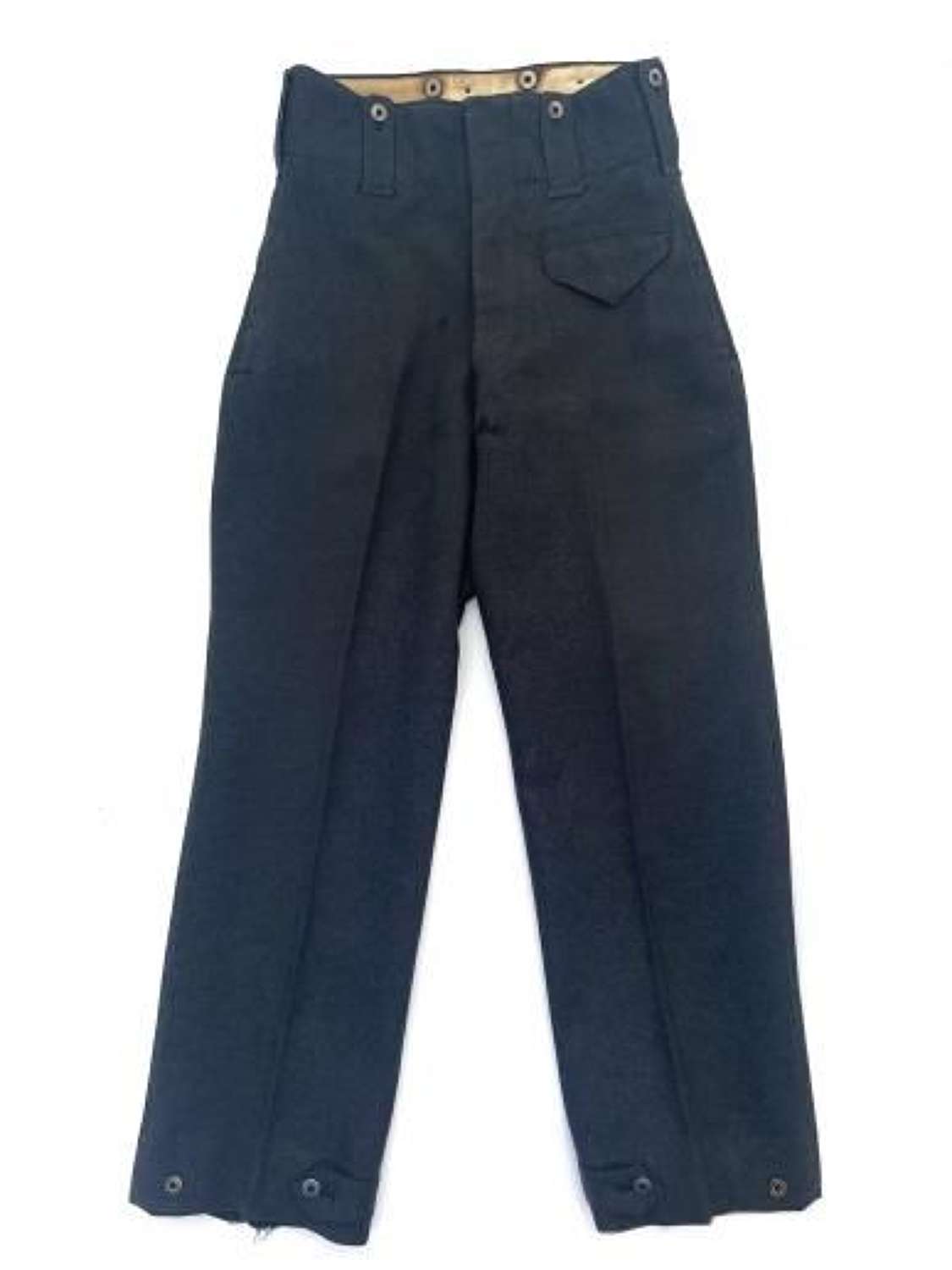 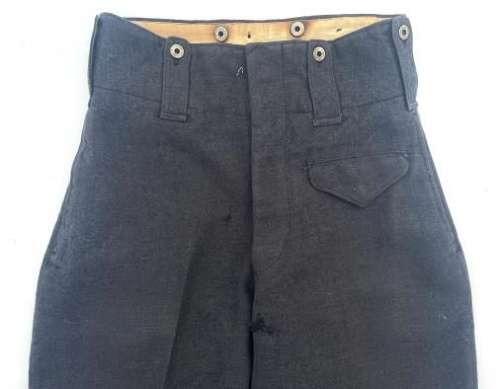 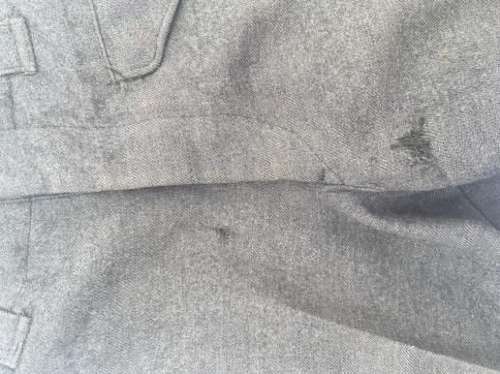 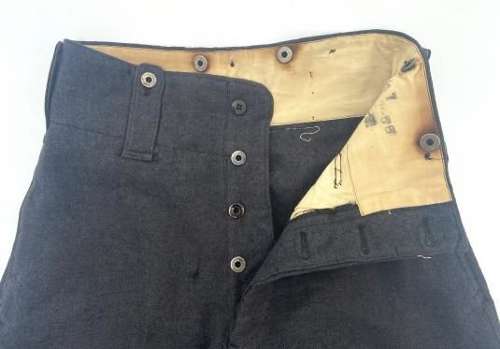 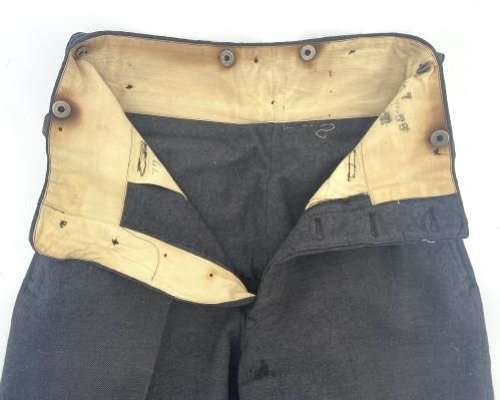 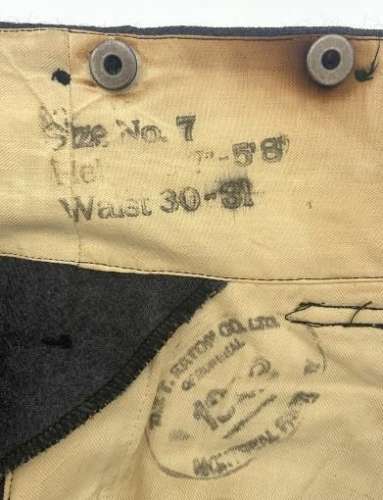 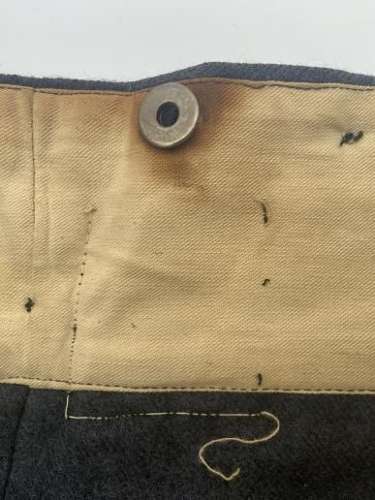 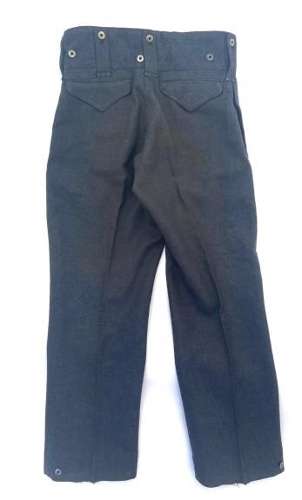 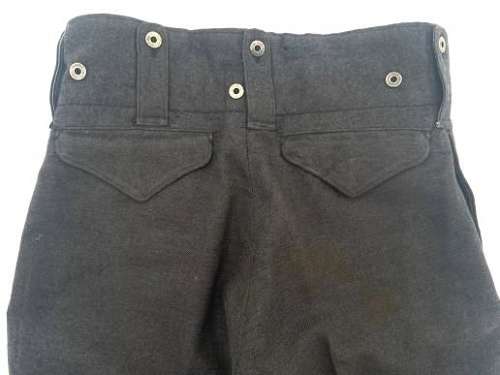 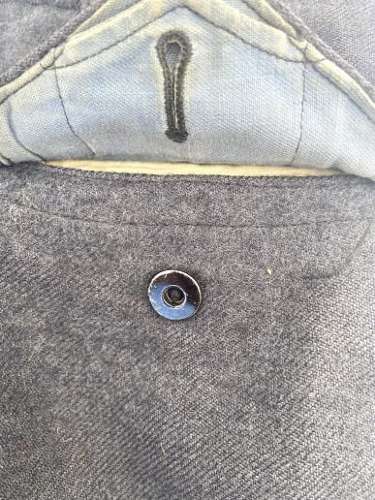 These trousers came with the tunic listed above and have clearly always been together. They feature the same wear, discolouration and stains and have been in storage together since the war. Together they make for a very nice original, untouched set.

This pattern closely follows that of the British Suits Aircrew trousers issued from late 1940 until being replaced by War Service Dress in 1943. They are made from the darker blue Canadian serge used by the RCAF and feature black Canadian style buttons. A small flapped pocket is present to the left hip with two more flapped pockets to the rear, all of which fasten with the same style buttons as used on the fly. Another feature of these early pattern trousers is the ankle tabs to the bottom of the leg as seen on the army pattern of trousers. Belt loops are found at the waist and inside there are 6 buttons to attach braces to.

The original markings are still present inside the trousers and are nice and clear. The 1942 date can be seen as can the size which is No.7 and designed to fit a 30-31" waist, although they measure smaller than this. The Canadian War Department marking is also present although quite faint. There is also clear evidence of where the original label was attached although it has sadly ben removed. There is a clear outline of stitching which can be see in the waistband.

The trousers are in well used condition as can be seen in the pictures. They clearly saw plenty of use during the war and have a real 'been there' look about them. They have various stains and signs of wear and two repairs to the front around the crotch which are roughly done period repairs. The lower most button to the fly is also missing although this is not noticeable when displayed.

A nice pair of original early pattern Canadian made trousers which have a fantastic look and ooze authenticity. They would make a great set if bought with the matching jacket listed above and would be a great addition to any WW2 collection.