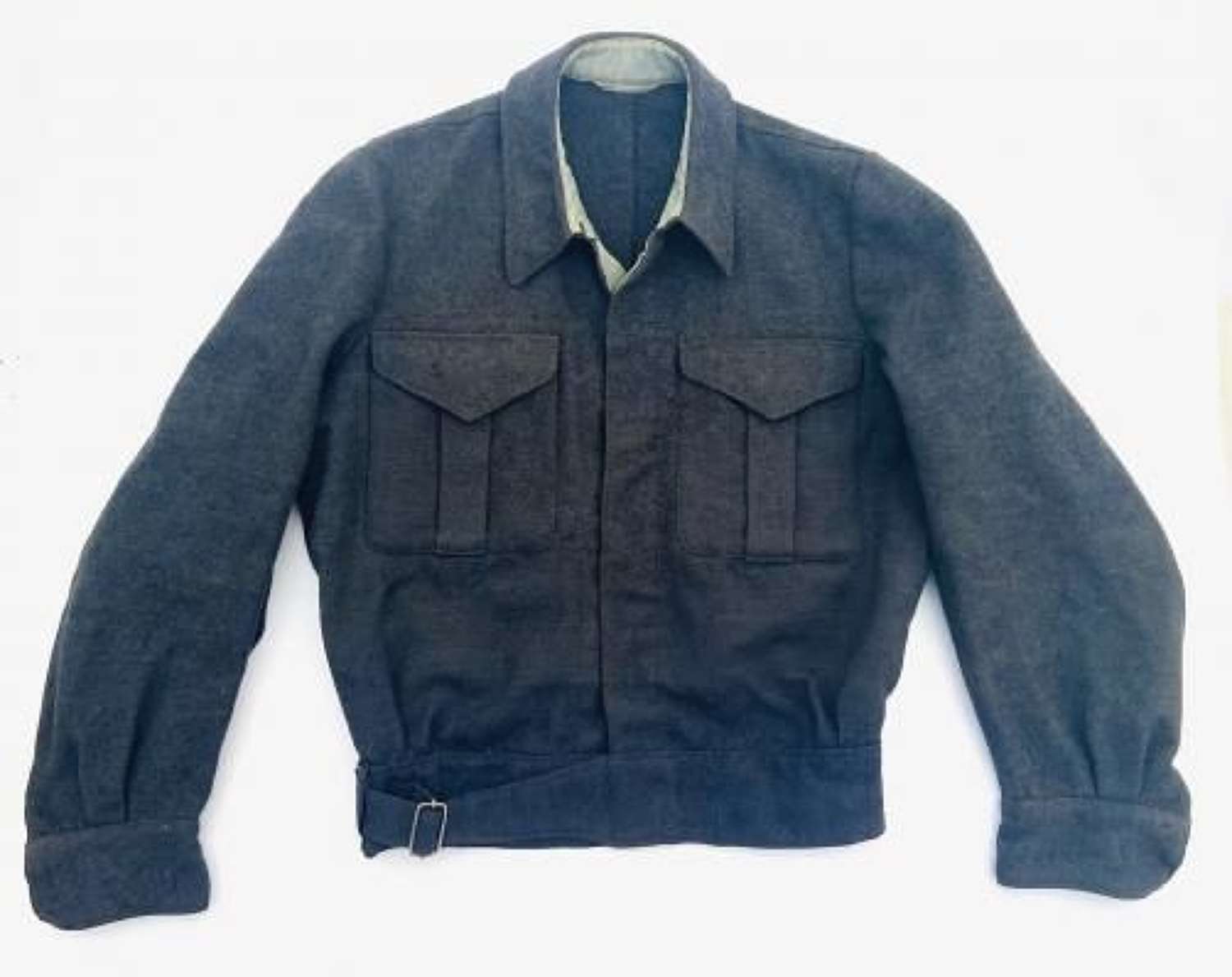 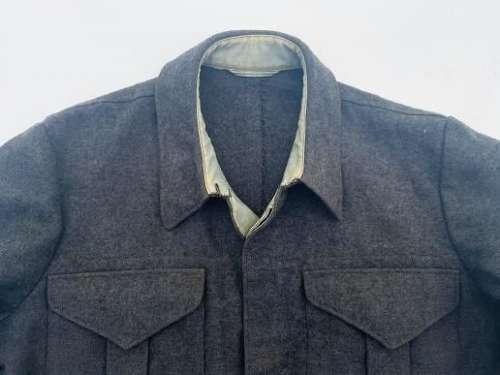 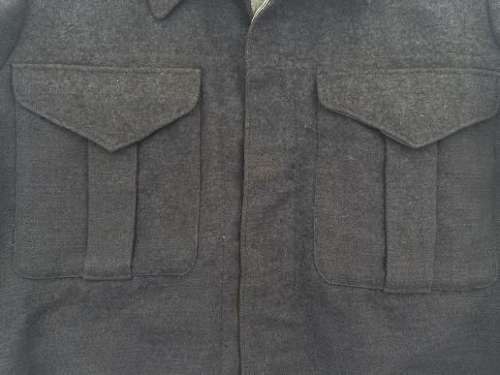 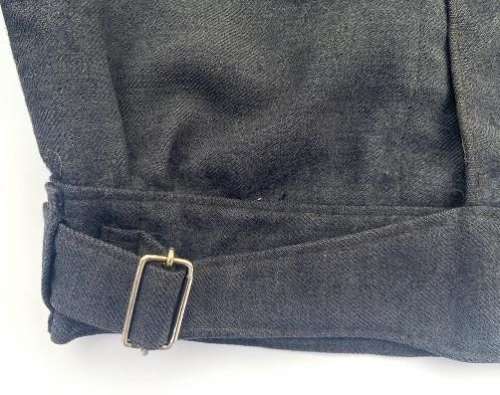 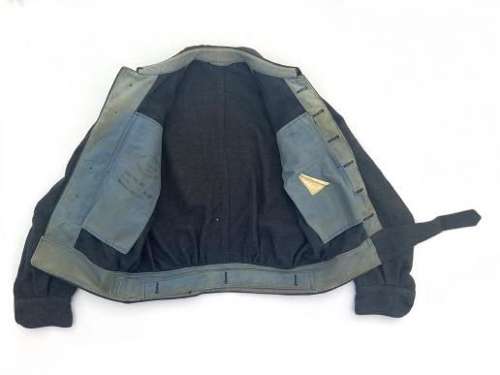 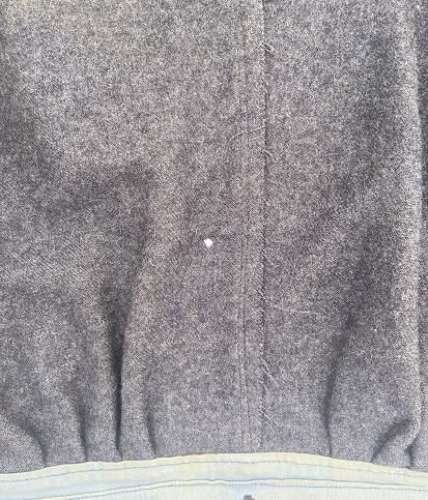 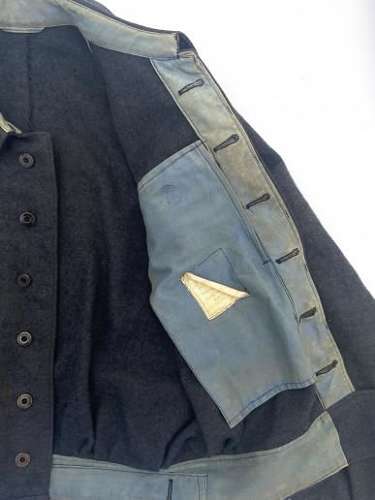 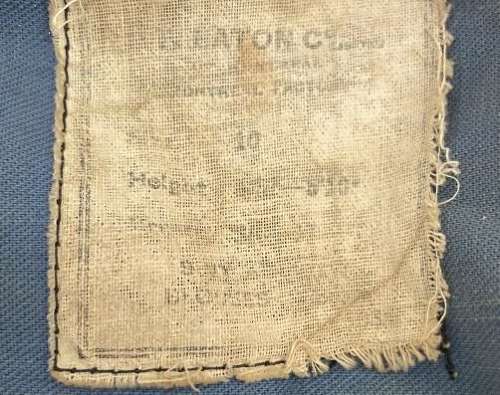 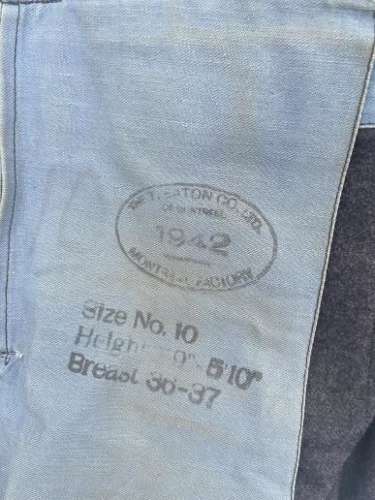 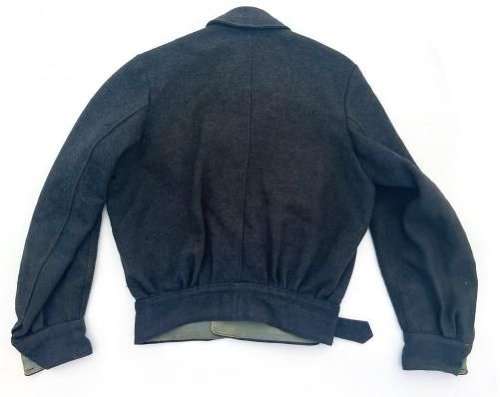 This tunic came with the trousers listed below and have clearly always been together. They feature the same wear, discolouration and stains and have been in storage together since the war. Together they make for a very nice original, untouched set.

This pattern closely follows that of the British Suits Aircrew blouse issued from late 1940 but is made from the darker blue Canadian serge used by the RCAF and features black Canadian style buttons. The waist belt fastens with a wire buckle and no epaulettes are present meaning this is an Ordinary Airman's jacket and would have been worn by all men who weren't commissioned including Warrant Officers and Sergeants.

The original markings are still present inside the jacket and are still bright a legible. They state the date as 1942 and the lies as No.10 which will fit a 36-37" chest. As well as this the original white label is still intact although it is very worn and is only partly attached to the inside pocket. Some details can still be just made out and tie in with those on the other pocket.

The jacket clearly saw plenty of action and use during the war and has a real 'been there' look about it. They have various stains and signs of wear as well as a couple of small holes, one of which is illustrated in the pictures.

A nice original jacket which has been left untouched for many years. It would make an excellent addition to a collection, especially if paired with the matching trousers listed below!