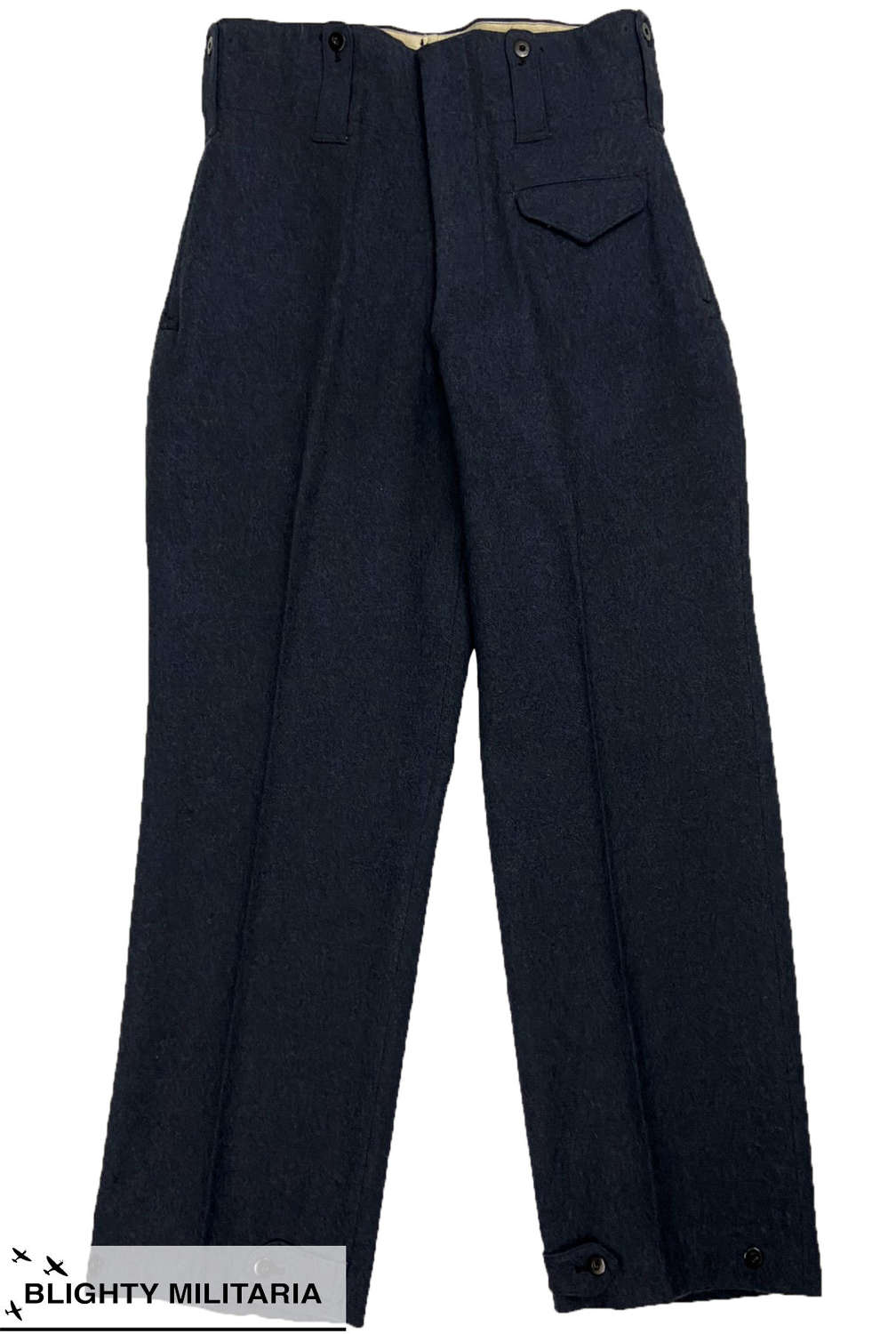 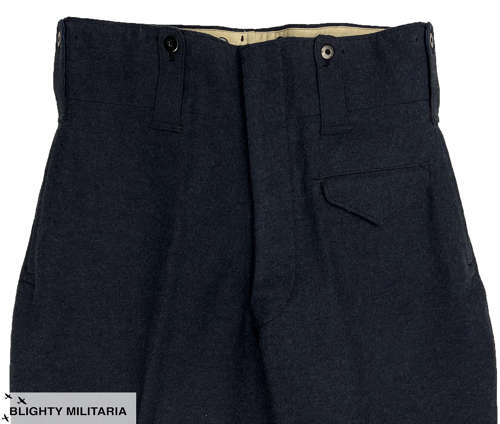 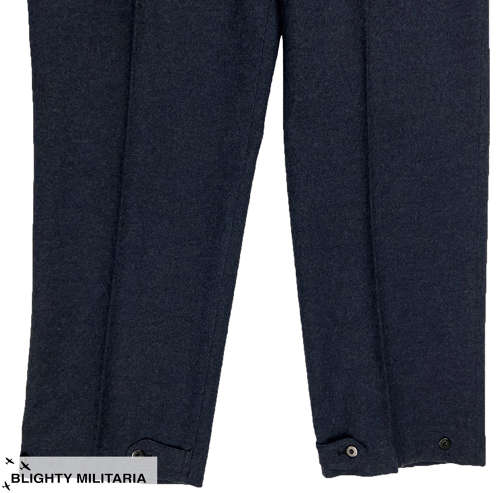 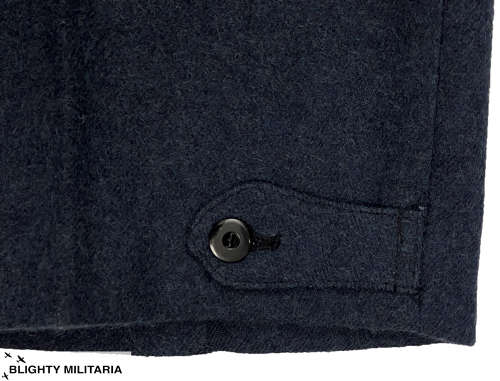 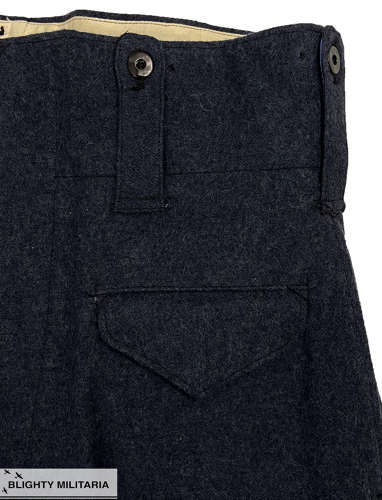 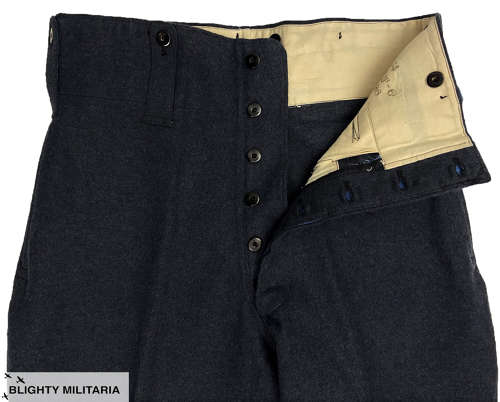 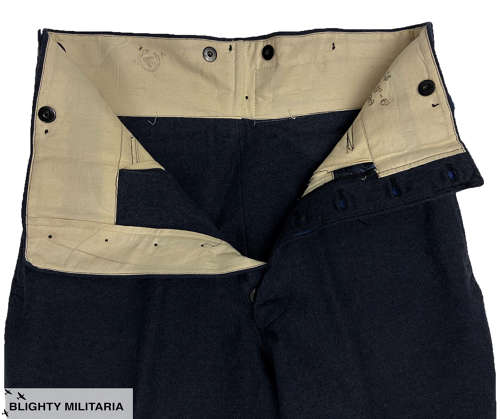 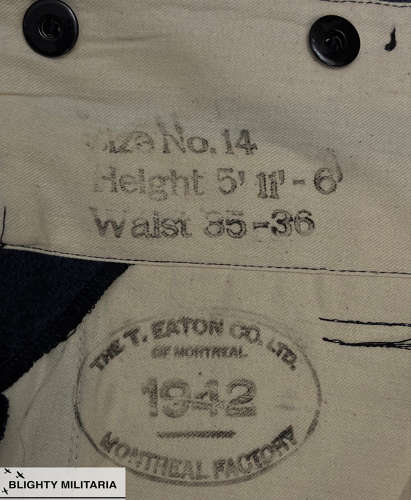 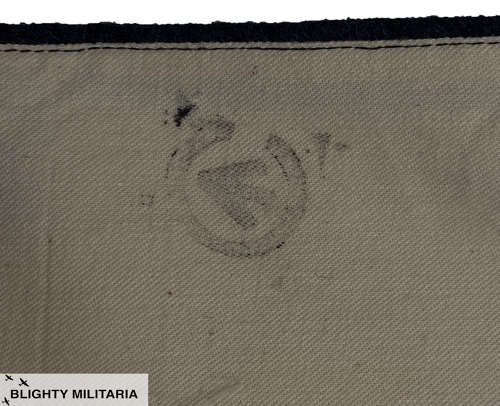 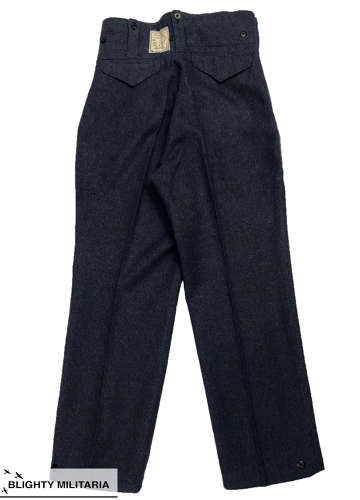 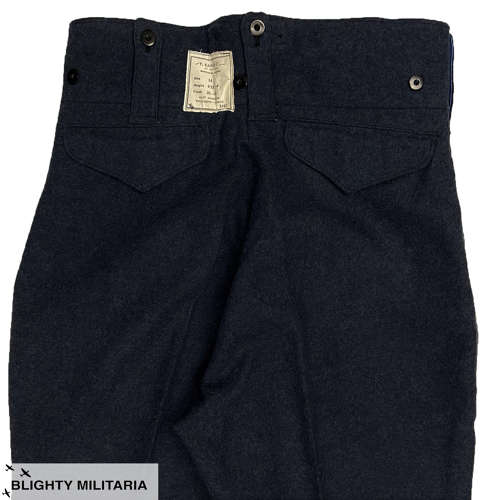 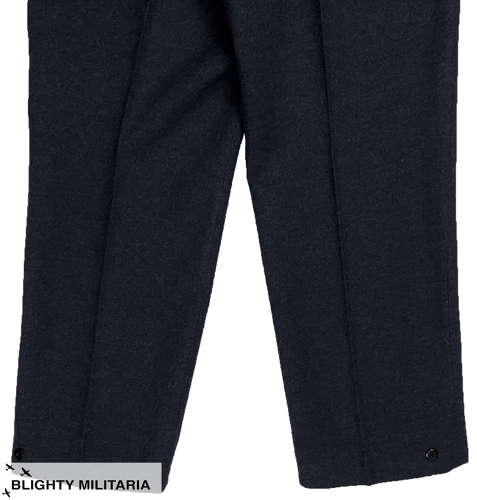 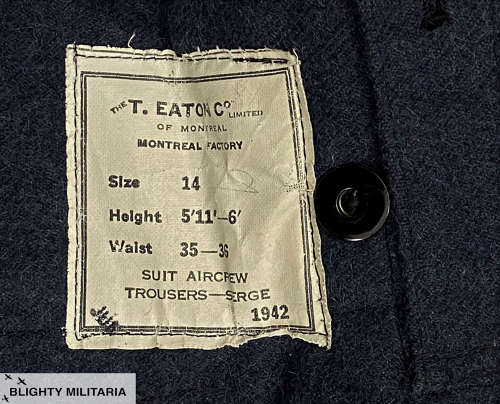 This pattern closely follows that of the British Suits Aircrew trousers issued from late 1940 until being replaced by War Service Dress in 1943. They are made from the darker blue Canadian serge used by the RCAF and feature black painted metal buttons as used on all Canadian military battledress during this period. A small flapped pocket is present to the left hip with two more flapped pockets to the rear, all of which fasten with the same style buttons as used on the fly. Another feature of these early pattern trousers is the ankle tabs to the bottom of the leg as seen on the army pattern of trousers. Belt loops are found at the waist and inside there are 6 buttons to attach braces to.

Due to the fact that the trousers have not been issued or worn previously, the original paper label is still present to the rear and is bright and legible. It bears the maker's name of 'The Eaton Co Limited' the title of 'Suits Aircrew Trousers - Serge', the 1944 date and the size of 14.

The original stamps are also still present inside the trousers and are nice and clear. The 1942 date can be seen as can the size which is No. 14 which is designed to fit a 35" - 36" waist. The Canadian War Department marking is also present as illustrated in picture 9.

The trousers are a generous size with a long inside leg. They will fit a 35" - 26" waist well and when laid flat they measure -

The trousers are in excellent condition as can be seen in the pictures. They have clearly never been worn and have a very bright and fresh appearance. Please study the pictures before purchasing however as they are a vintage, pre-owned item.

A very nice pair of original early pattern Canadian made trousers which would be extremely hard to better!