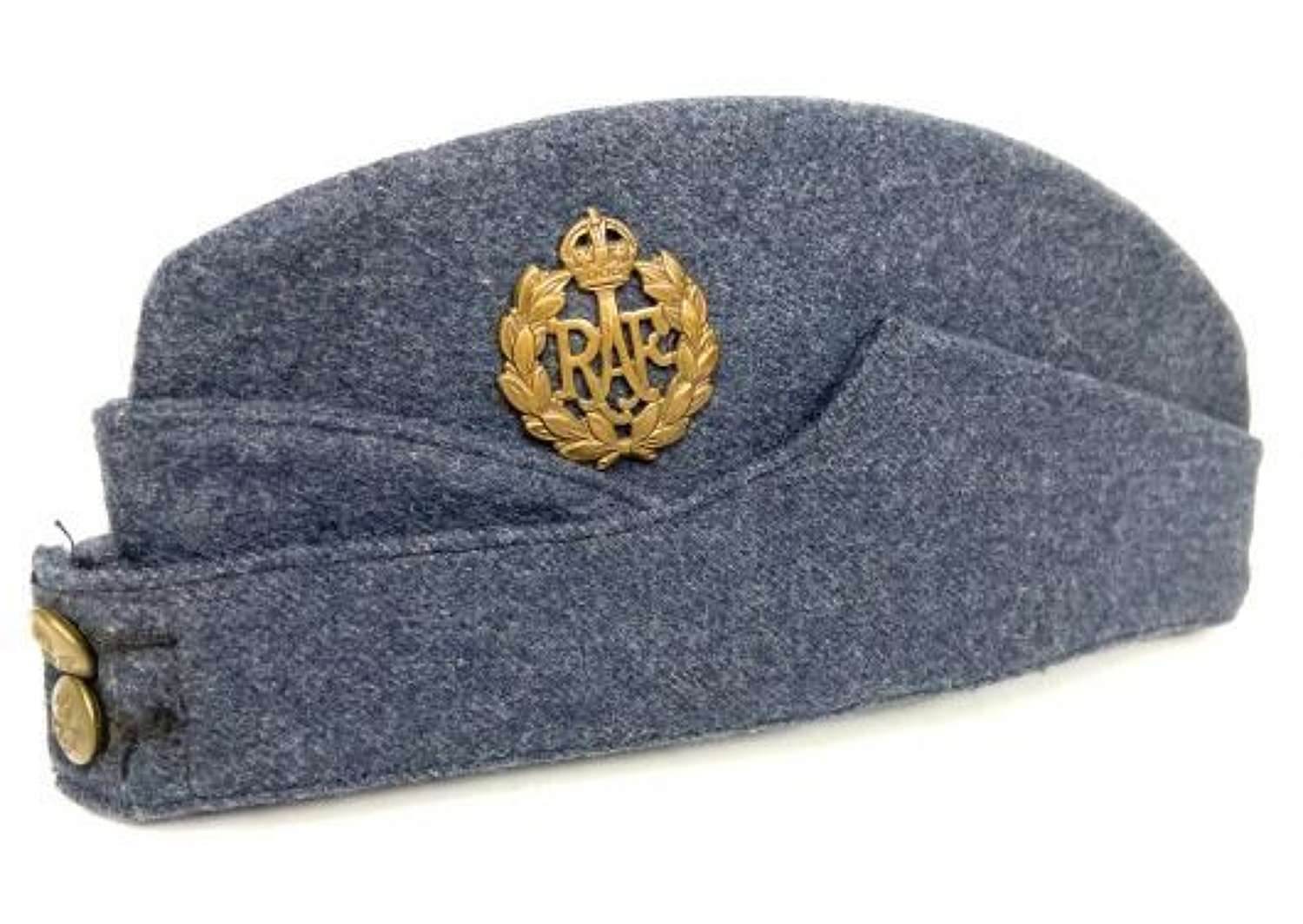 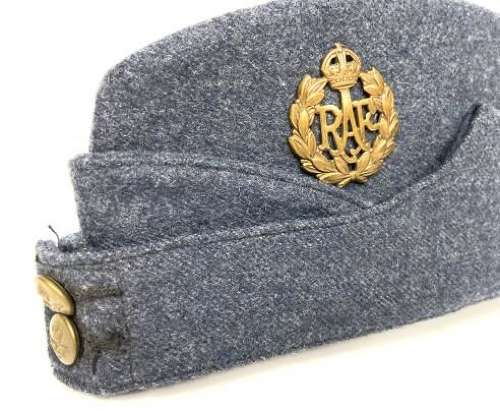 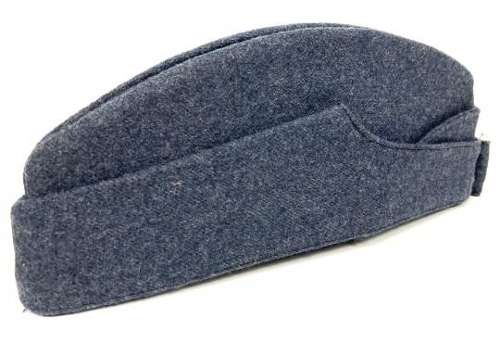 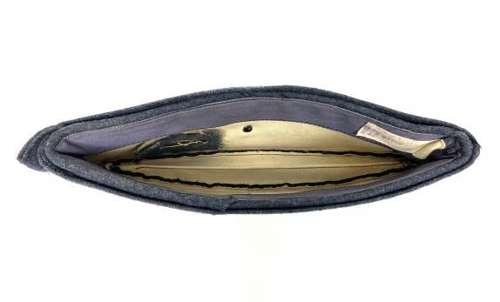 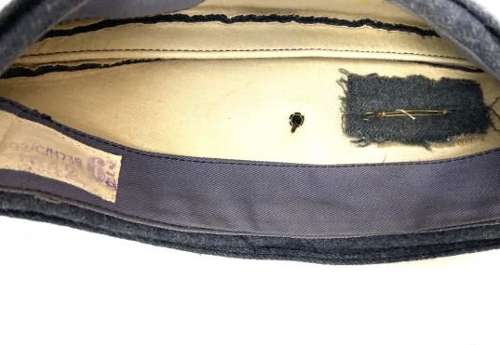 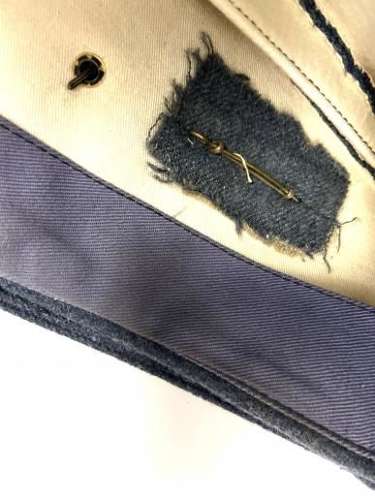 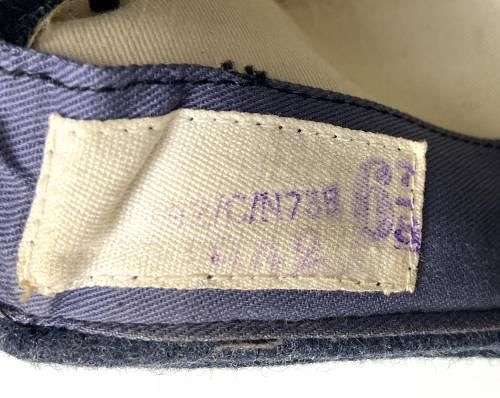 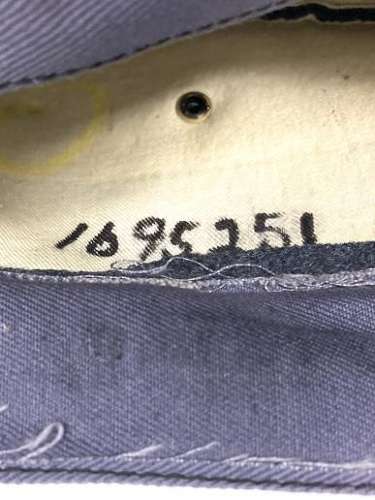 This particular hat is an early war example and features the white rectangular issue label usually associated with caps made in 1939-40. It is marked with the date in purple which reads ‘1942’. The size is also present and reads ‘6 7/8’. The original owner has also added his serial number in ink to the interior which may be traceable.

The cap is in very nice condition as can be seen in the pictures. It is still the deep RAF blue colour it would have been when first issued and is not a washed-out, worn down example. The white lining to the interior is clean and overall the hat displays extremely well.

A very nice original RAF cap which is clearly dated. This would undoubtedly make a great addition to any WW2 collection!