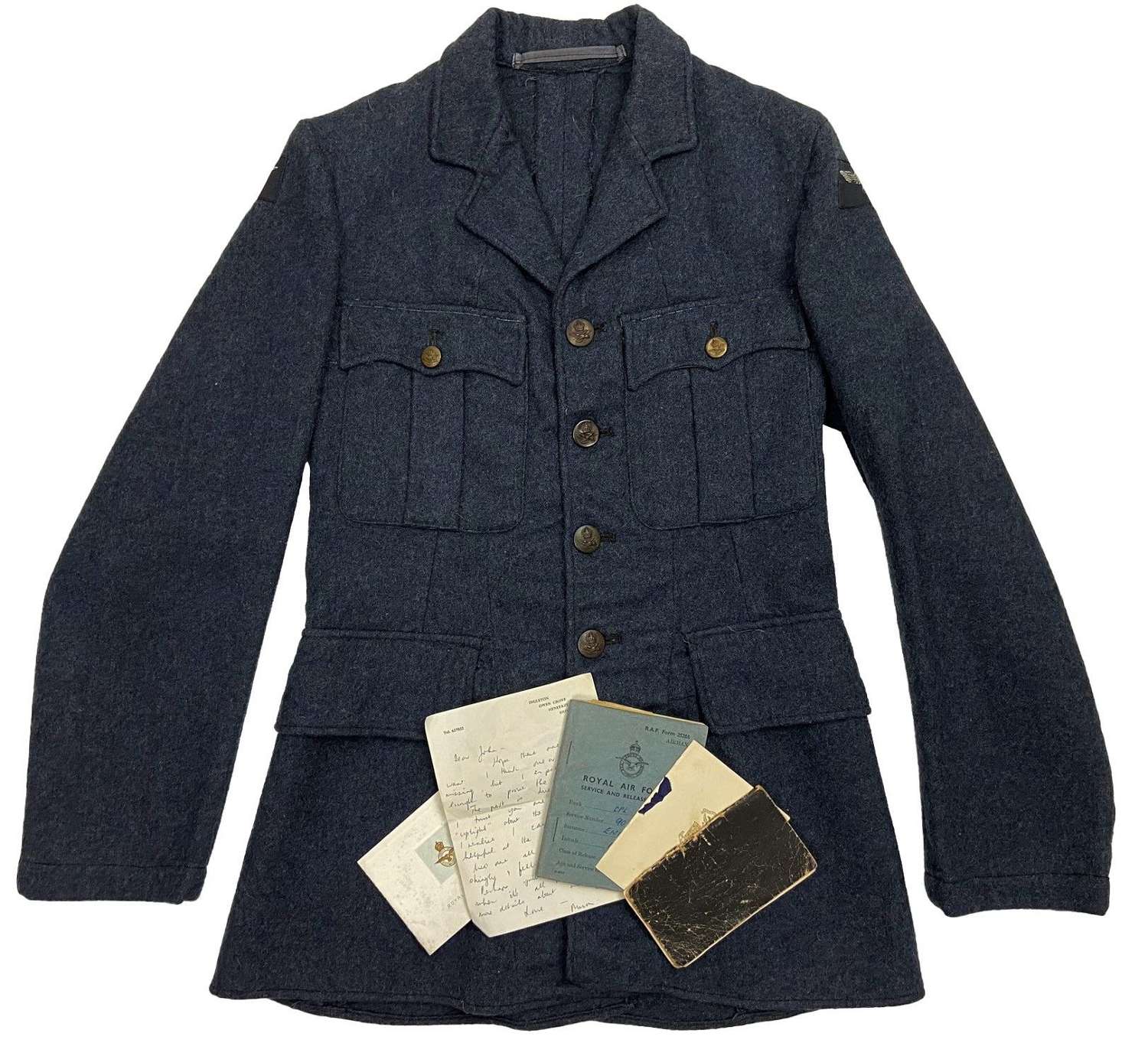 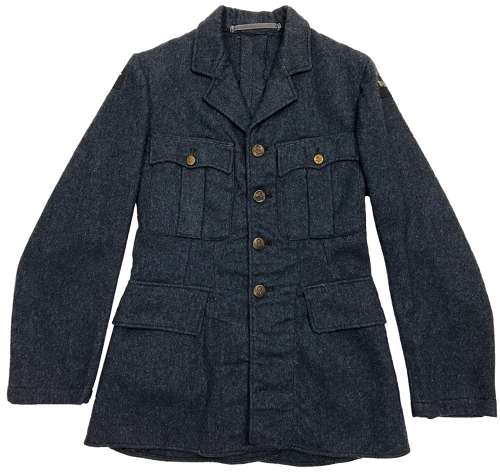 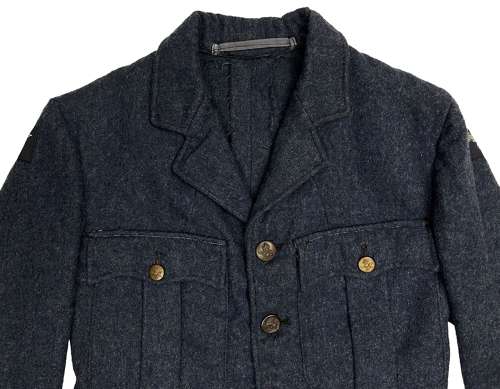 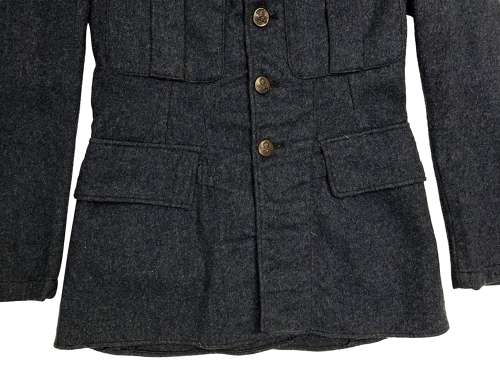 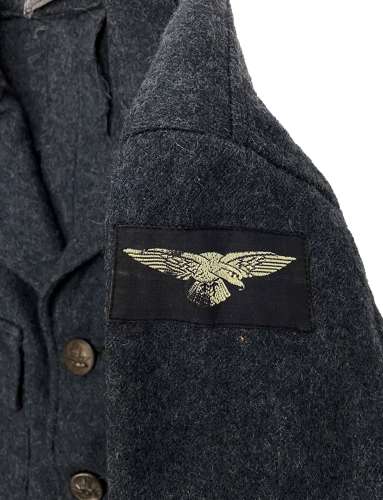 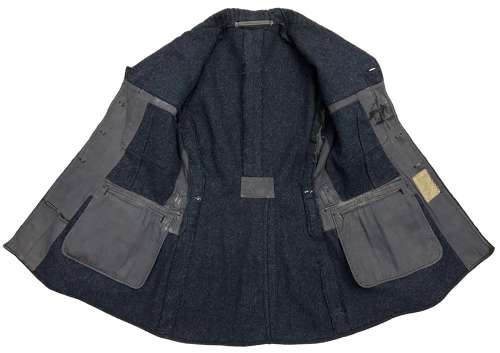 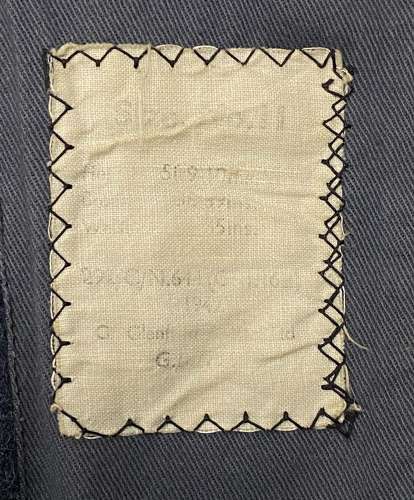 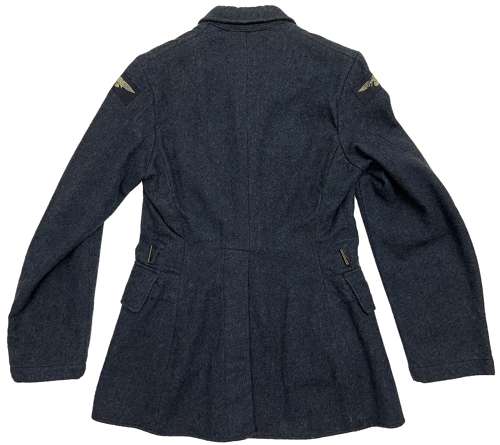 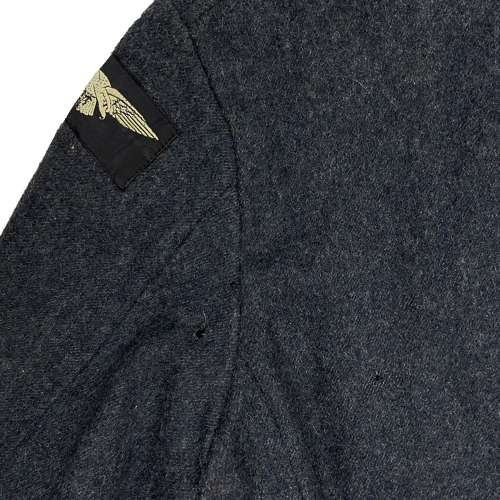 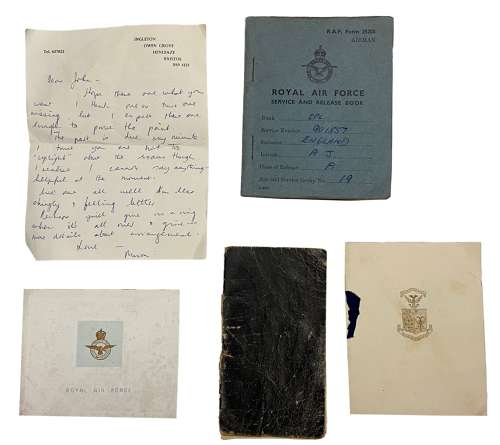 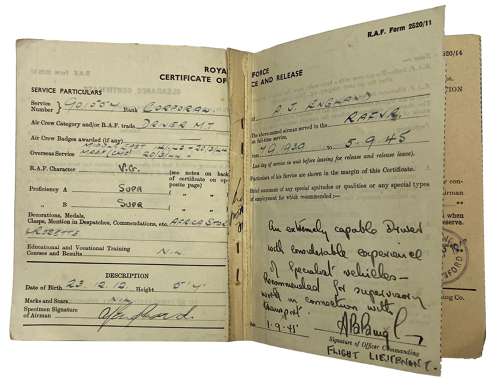 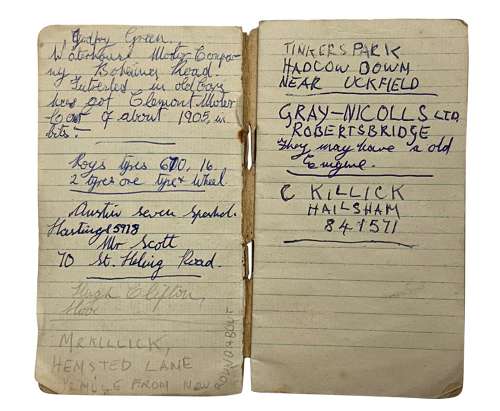 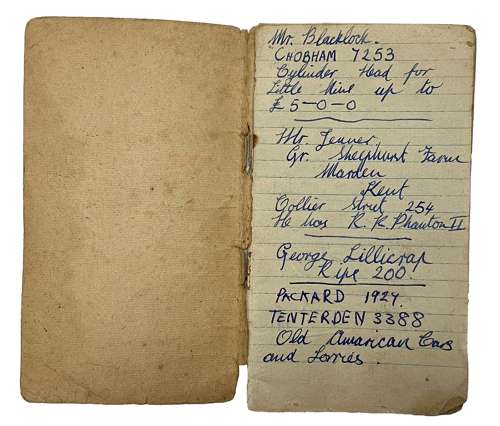 An original early example of the RAF Ordinary Airman's tunic clearly dated 1942 which comes complete with a selection of paperwork.

This tunic belonged to Corporal A. J. England 901557 who joined the Royal Air Force Volunteer Reserve in 1939. He served throughout the war including a long stint in the Middle East, earning the Africa Star.

This pattern of tunic was introduced into service with the RAF in the 1930s and saw issue throughout the Second World War. Whilst not stated on the label, this is a 'simplified' example which was introduced in 1940, replacing the earlier pattern with French cuff.

The tunic is made from the standard RAF blue coloured wool serge and features a full set of Kings crown brass buttons which have tarnished down to a bronze colour with age. The tunic is fitted with original wartime semi-embroidered eagle badges to the top of each sleeve.

Inside the tunic the original label is still present. It bears the size of 11 which is designed to fit a 37" chest and a height of 5' 10". The 1942 date can be seen below the contract number.

The condition of the tunic is good as can be seen in the pictures. It shows signs of use, wear or washing but overall displays well. There are a couple of small moth nips to the rear of the left shoulder as is shown in the pictures.

The accompanying paperwork includes Corporal England's service book, a letter, and a notebook amongst other effects. The notebook bears details of old cars which were for sale suggesting the original owner was interested in dealing in second hand vehicles.

All in all a nice, early tunic in good condition complete with history.