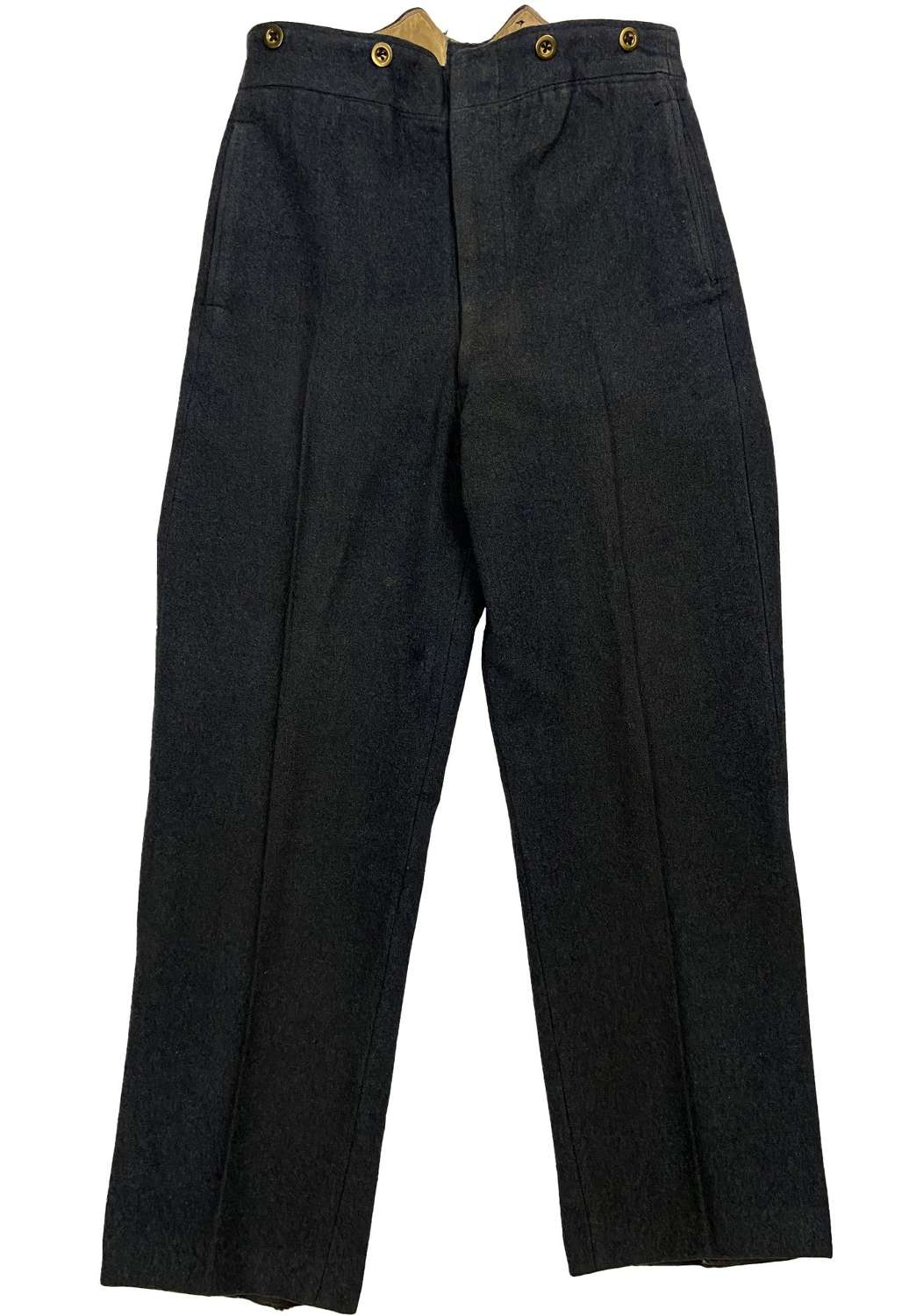 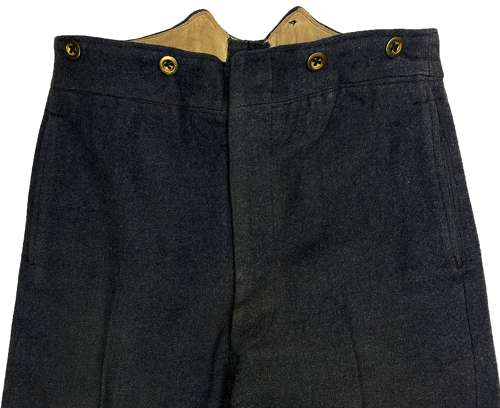 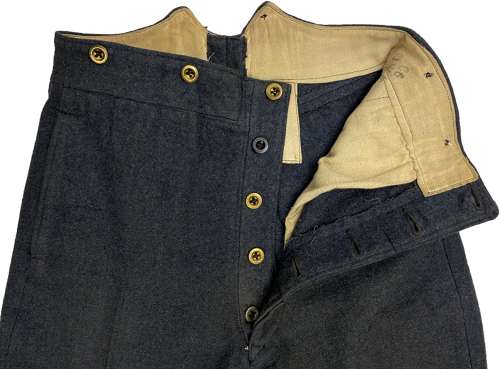 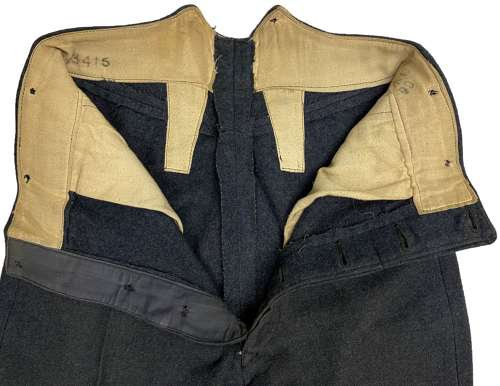 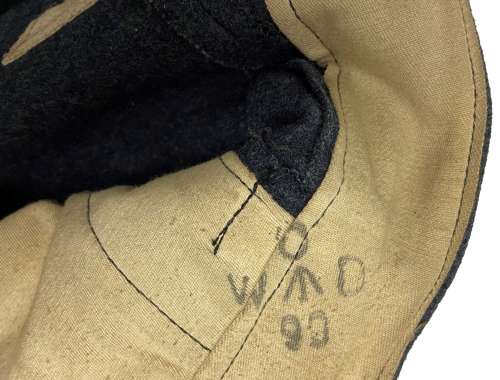 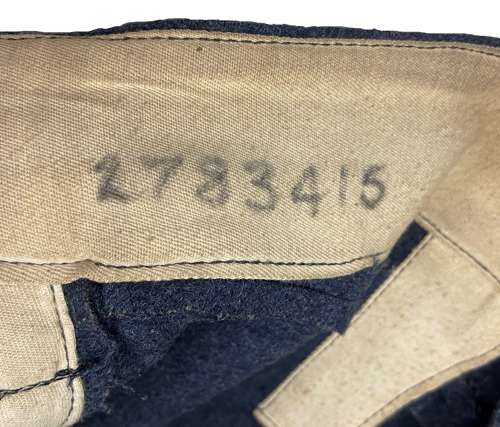 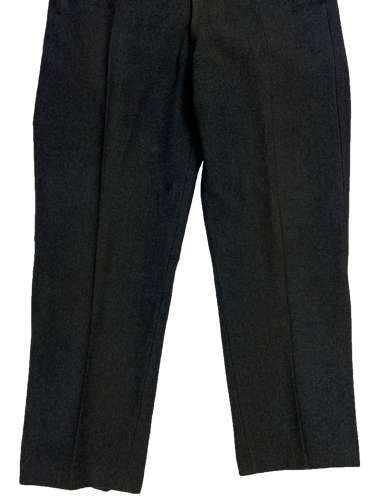 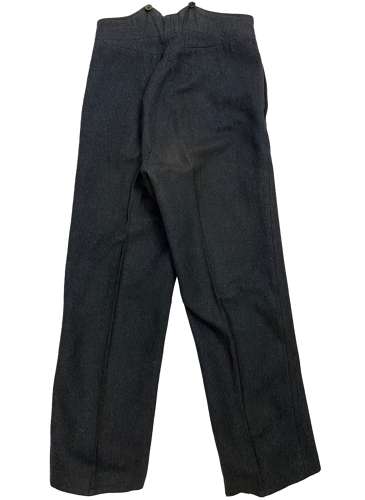 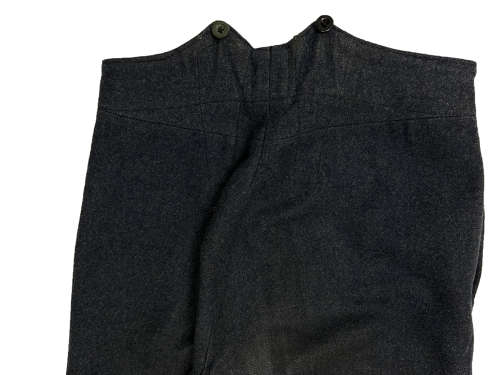 An original pair of 1942 Dated RAF Ordinary Airman’s Trousers as worn throughout the Second World War.

This particular pair of trousers have the usual attributes which are associated with early war manufacture RAF OA Trousers. They feature a white lining and brass buttons to both the fly and around the top of the waist to which braces can be attached. One of the fly buttons has been replaced with a black plastic example and the two rear braces buttons have also been replaced, again with plastic examples. These are period replacements clearly carried out by the original owner.

Inside the trousers feature a stamp to the white lined waistband which is the standard War Department broad arrow marking which is surmounted by the letter ‘O’ denoting 1942 as the year of manufacture. The original owner has also added his serial number to the interior which reads 2783415.

The trousers are in good condition but have plenty of signs of wear and use. They display well but are far from perfect. Please study the pictures before purchasing.

A very original pair of trousers with a nice clear wartime date. These would make an excellent addition to any collection!