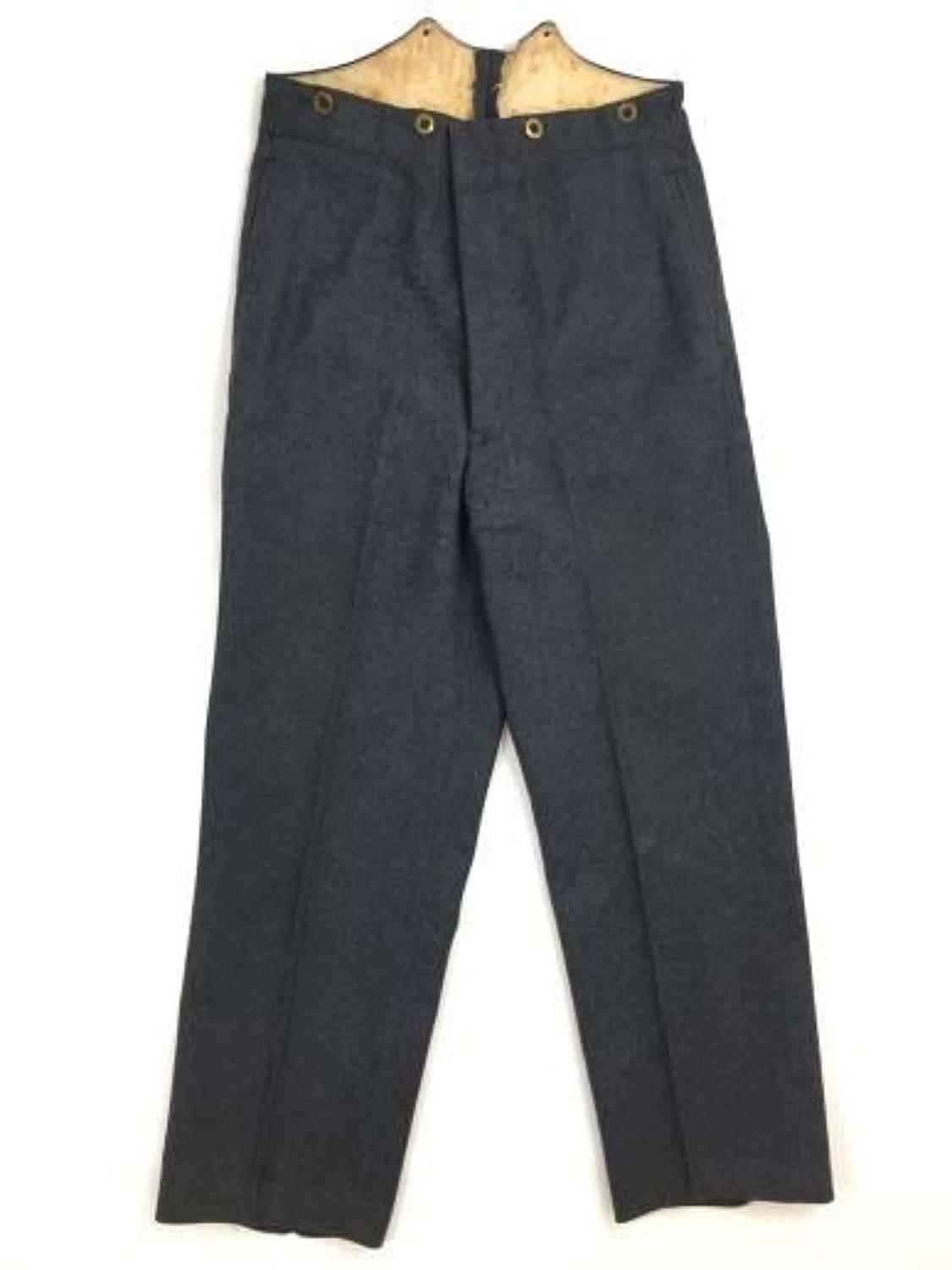 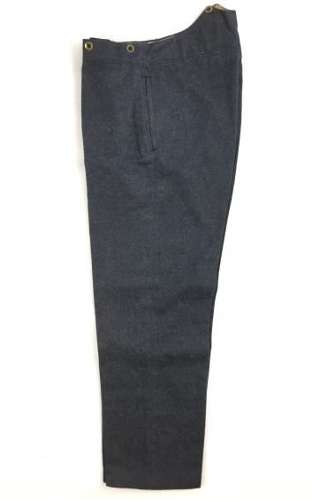 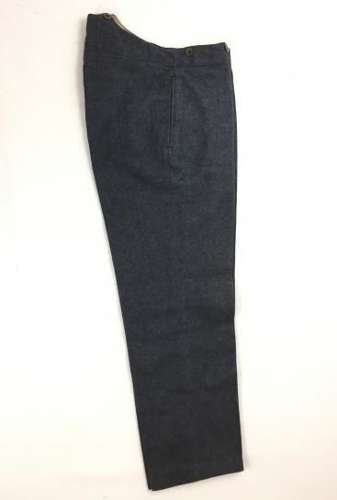 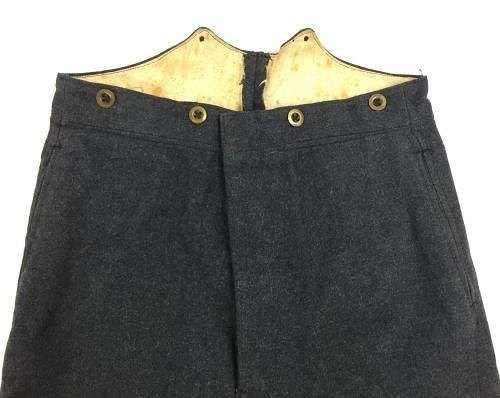 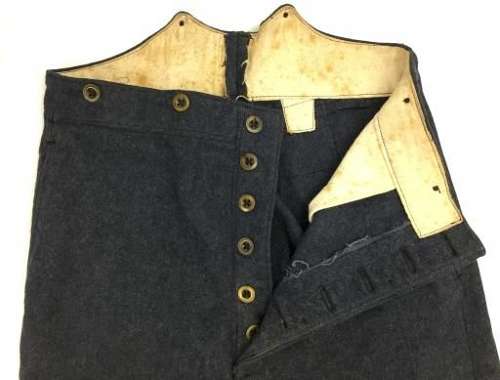 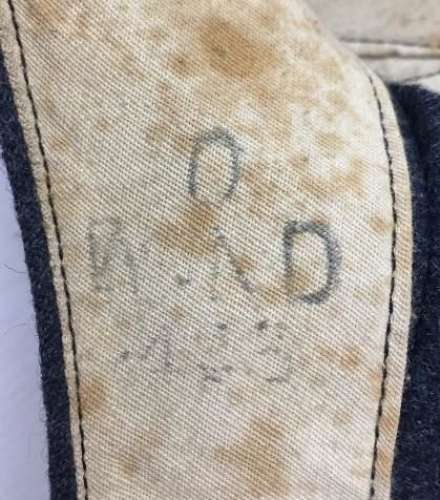 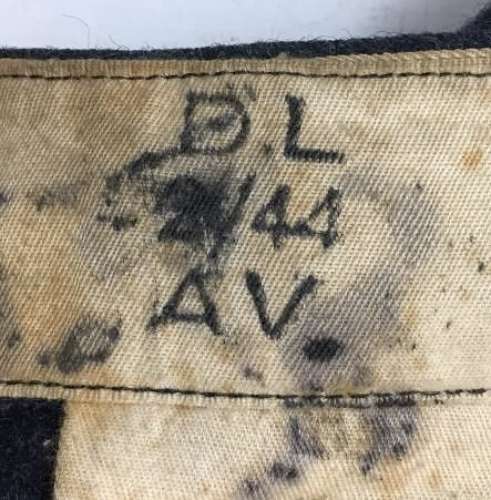 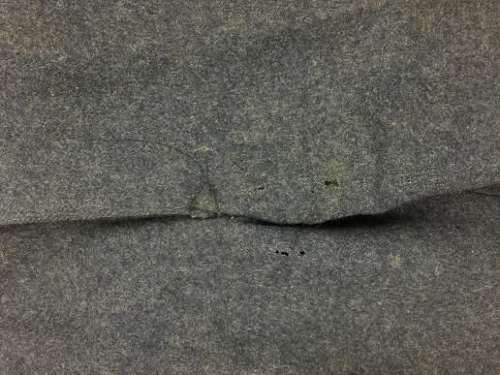 This particular pair of trousers have the usual attributes which are associated with early war manufacture RAF OA Trousers. They feature a white lining and brass buttons to both the fly and around the top to fit braces.

Inside the trousers feature two sets of stamps to the white lined waistband. The first is the standard War Department broad arrow marking which is surmounted by the letter ‘O’ which denotes 1942 as the year of manufacture. As well as this a much rarer stamp can also be found, this time an Anti Vesicant stamp, or AV stamp. This marking signifies that the trousers were treated with an anti gas solution in February 1944. This was common at the time but rare to find now and certainly makes this pair of trousers a collectible in their own right.

The trousers measure as a 32” waist and 29” inside leg when laid flat.

The overall condition of the Trousers is good and they display well. There is some soiling to the white waistband and a couple of small moth holes to the crotch. I have included pictures of this and it has been taken into account in terms of price.

Altogether a nice pair of early war RAF trousers with rare markings. Ideal for both the collector and reenactor!