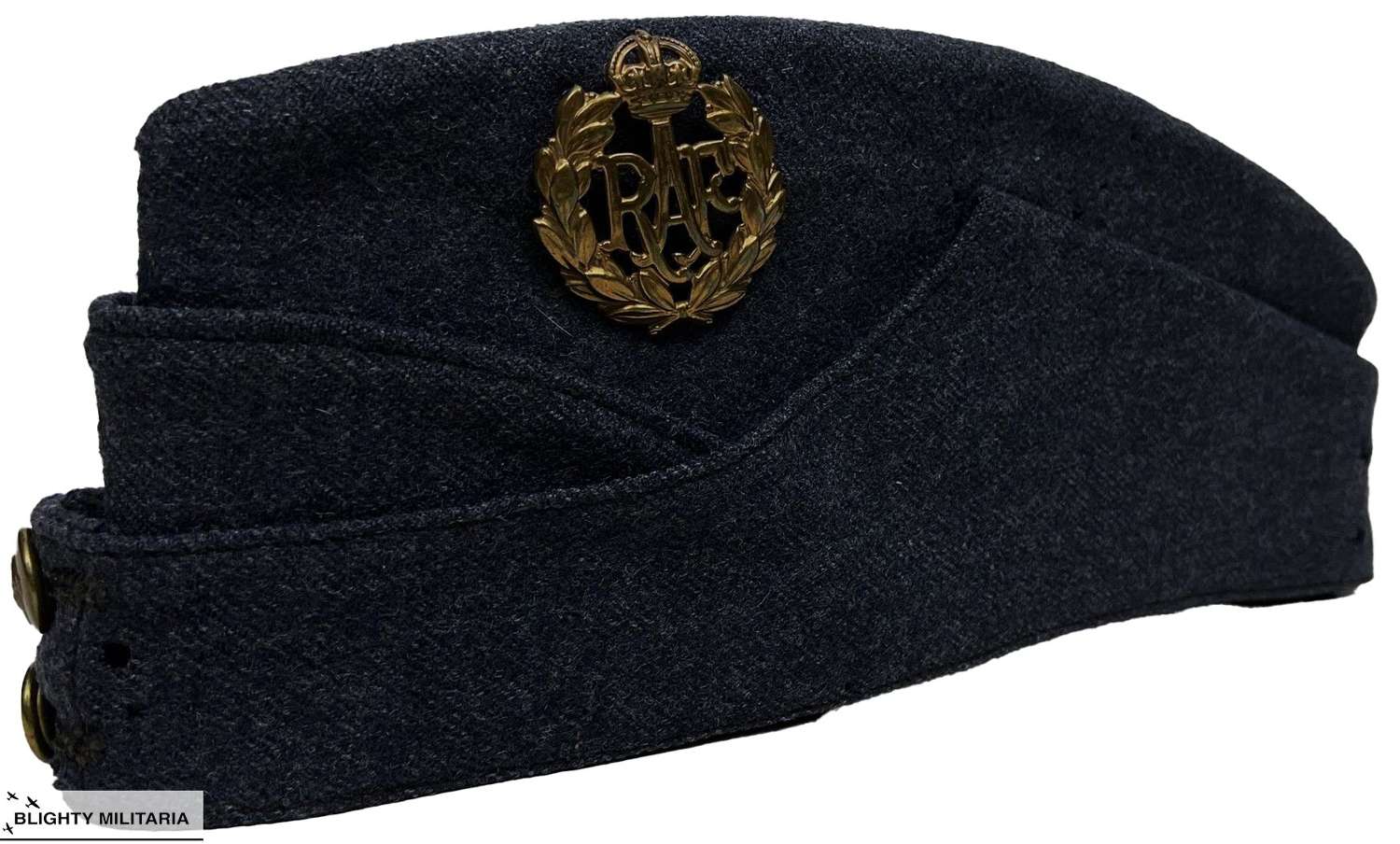 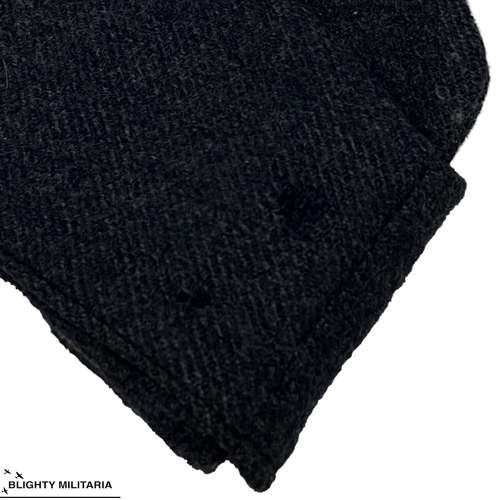 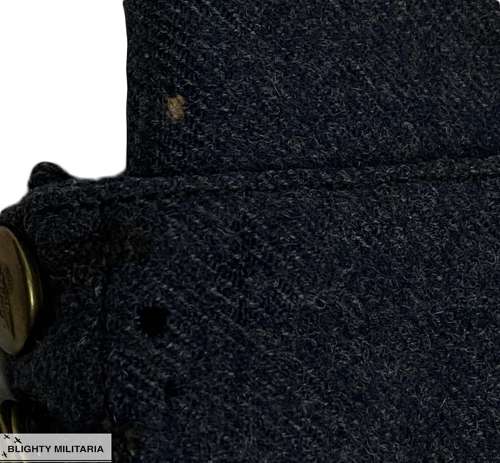 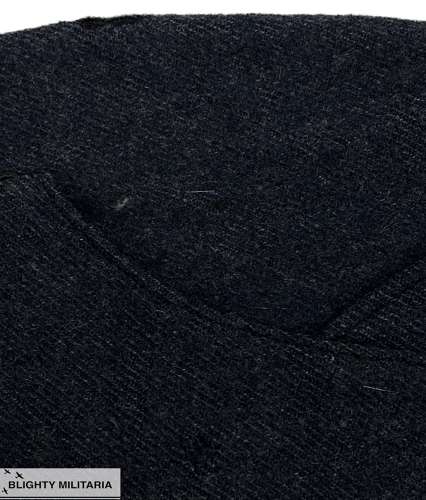 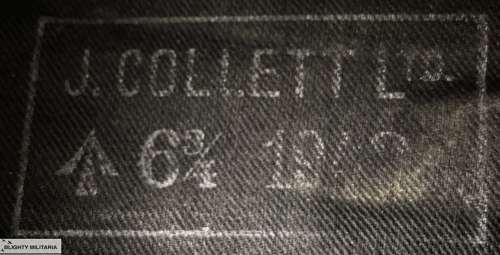 This particular example features a brass Kings crown cap badge and two brass King's crown buttons to the front of the cap. The original maker's stamp is still visible to the interior and bears the maker's name of 'J. Collett Ltd' below which is the 1942 date and the War Department broad arrow marking. As well as this there is a size stamp which reads 6 3/8.

The condition of the cap is reasonably good although there are a few moth holes as illustrated in the pictures.

A good wartime example of this pattern of RAF hat which would make a nice addition to a Second World War RAF collection.