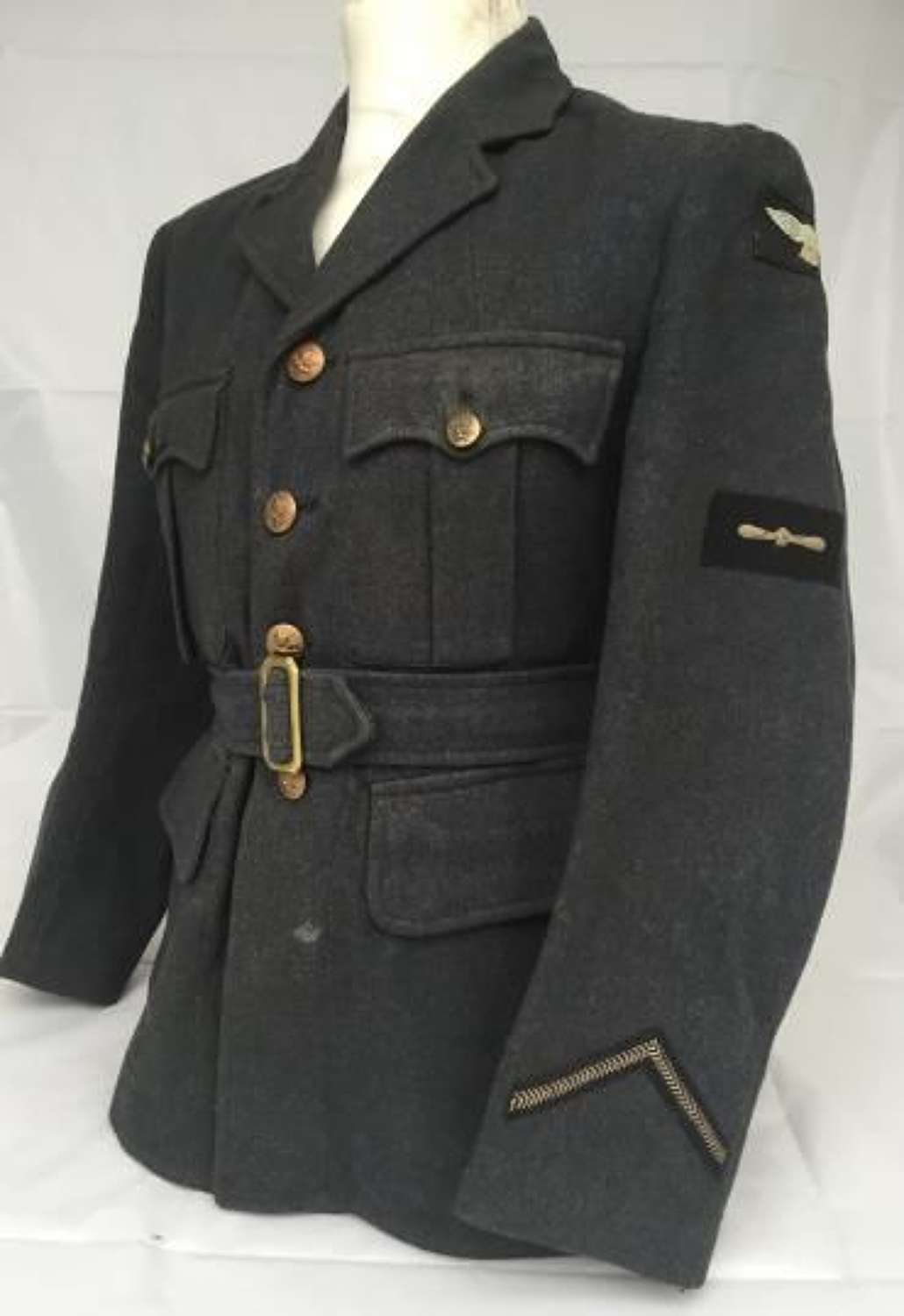 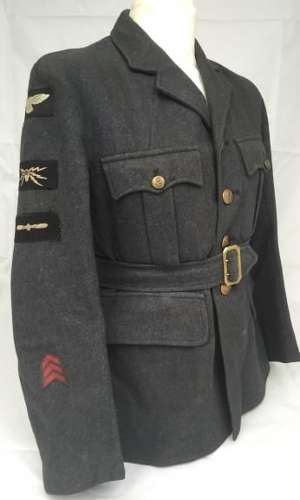 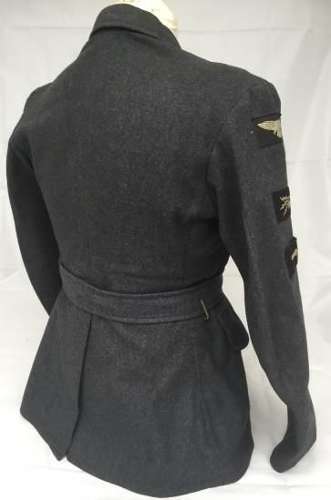 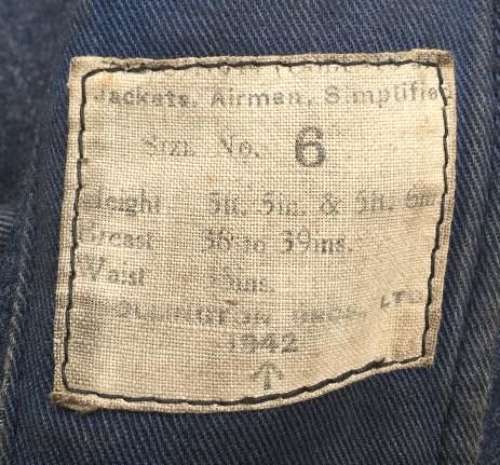 This pattern of tunic came into use with the RAF during the 1930s and saw service throughout the Second World War. During the Battle of Britain this pattern was used by both Aircrews and Ground Crews to fight in.

This insignia really tell a story, one of an 'erk' as ground crews were often called who served throughout the Second World War, and possibly would have been in the RAF during the 1930s.

The original label is still present inside the jacket and is still very clearly stating the size as size No.6 and the year of manufacture as 1942.

The jacket is in goo but grubby condition, as is to be expected with a ground crew jacket that has seen active service.

The jacket comes complete with its original matching belt and brass buckle.

A brilliant and very original RAF tunic which not only displays very well but tells the story of one mans RAF career.