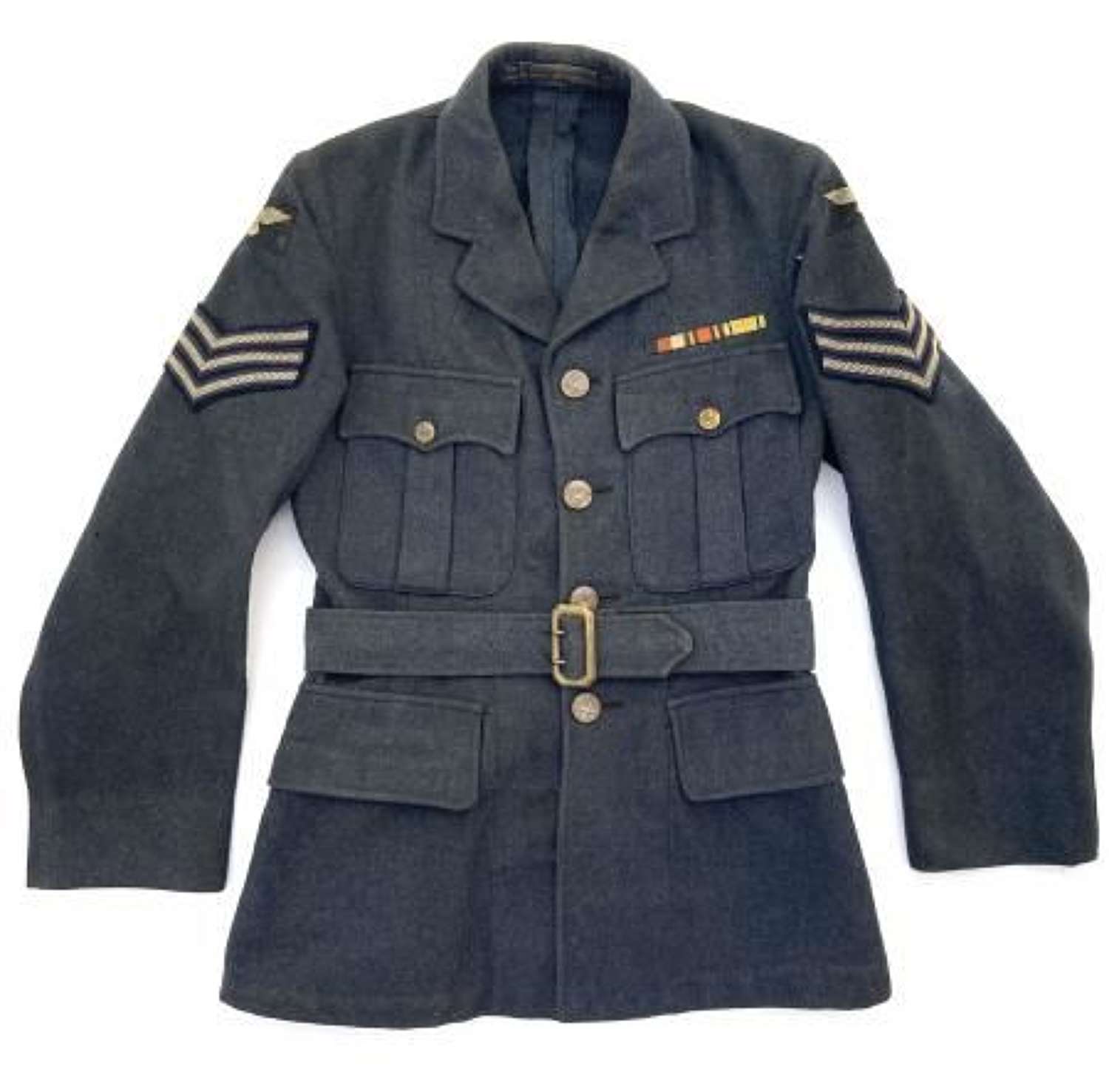 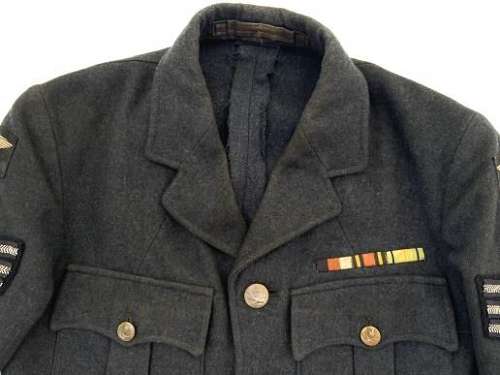 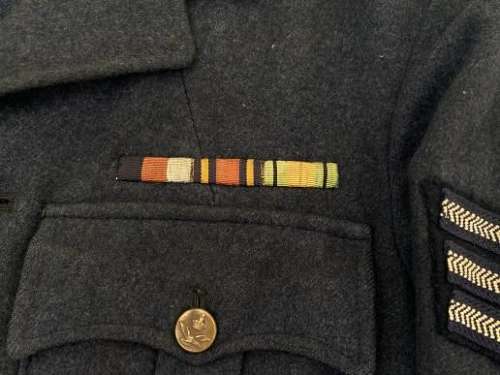 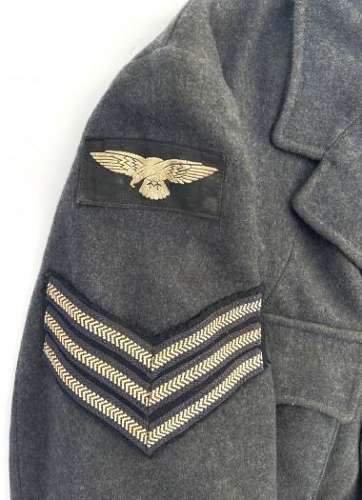 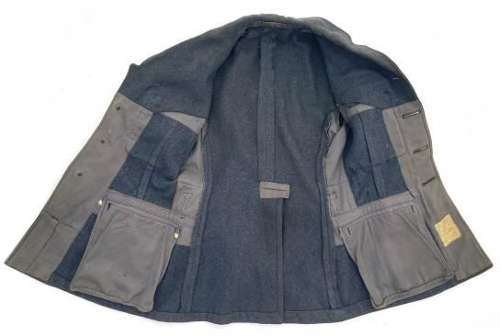 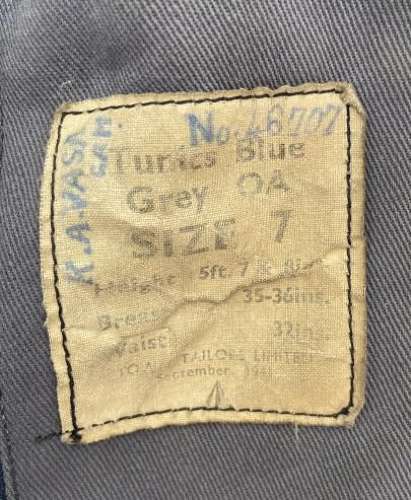 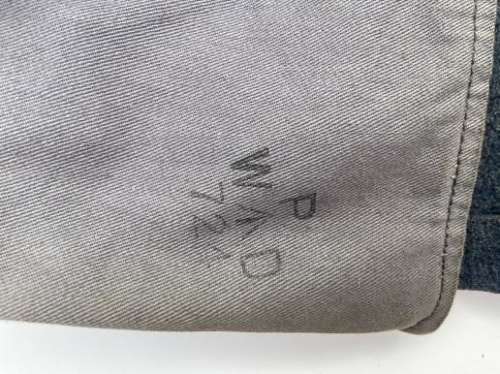 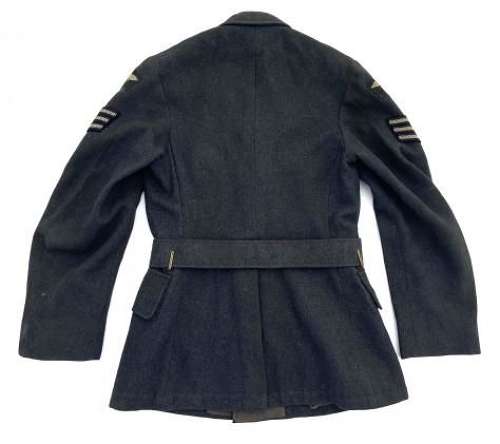 This tunic is the standard pattern worn by all men in the RAF under the rank of sergeant throughout the Second World War. It features a complete set of original brass Kings crown buttons as well as its original matching belt. The arms feature semi embroidered albatross badges to the top of the arms and Sergeant stripes below this. The chest bears medal ribbons suggesting that the tunic was still being worn at the end of hostilities. The ribbons include the Burma star meaning that the original owner would have served in the Far East during the war.

Inside the tunic the original label is still present and is an early style paper label. It states 'Tunics Blue Grey OA' as the title and the size as No.7 which will fit a 35-36" chest and 32" waist. The manufactures name 'Town Tailors Limited' is present as is the date of September 1941. The War Department broad arrow is found below this.

As well as this, the tunic bears its War Department inspection stamp to the rear of one of the pocket bags. It is surmounted by the letter 'P' which denotes 1941 as the year of issue.

The original owners name and number are marked in ink to the label which means that the tunic may be traceable.

The overall condition of the tunic is good and it displays well. It does have a few small holes and all the brass has tarnished due to it being in storage for so many years. There are also signs of service wear etc which are to be expected. I have left it as found as I think these untouched examples need to be preserved!

All in all a very nice and authentic tunic complete with its original insignia and nice early date. This would make a fantastic addition to a collection without a shadow of a doubt!