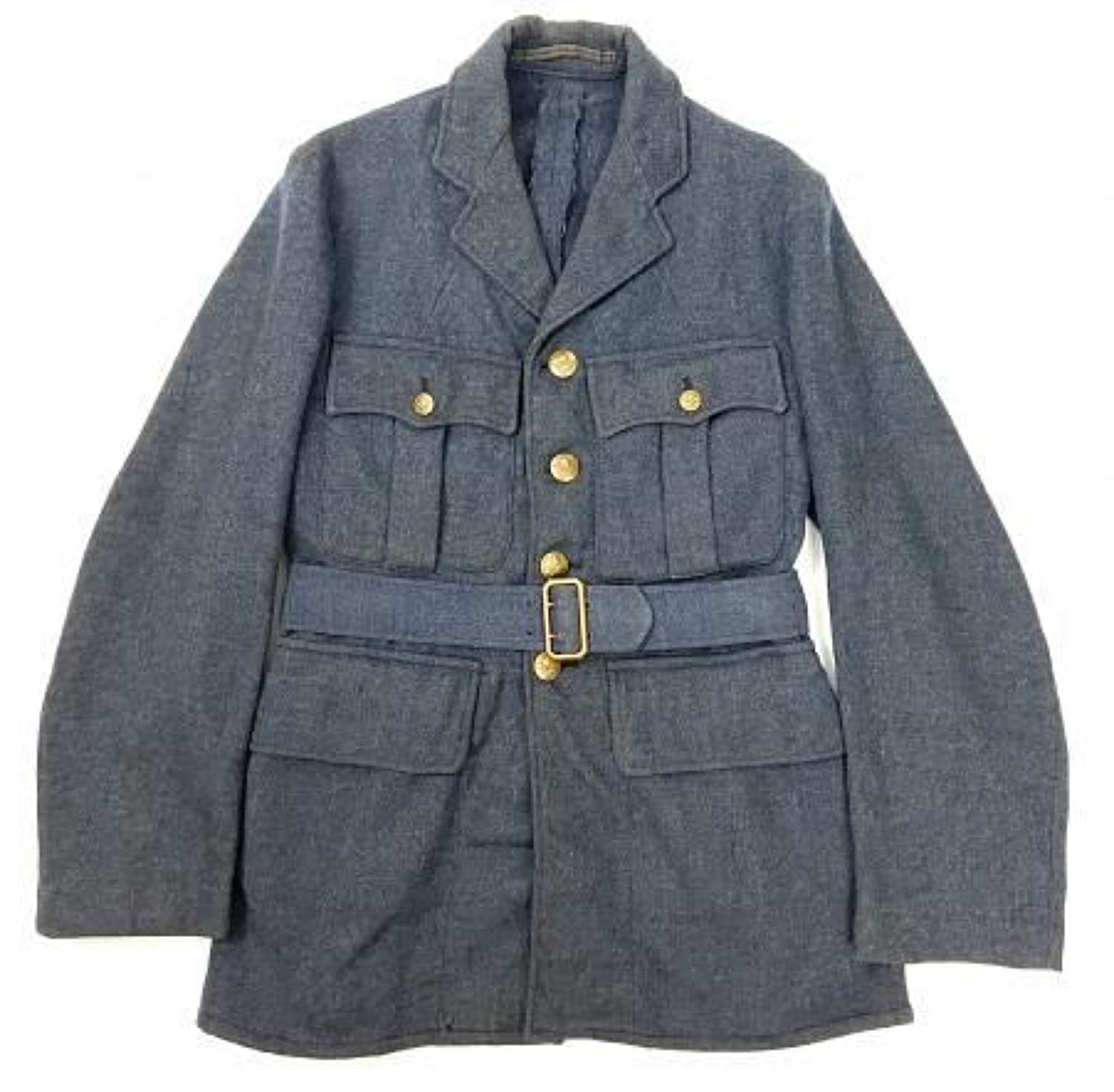 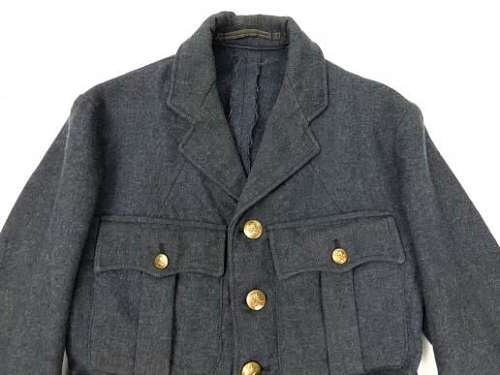 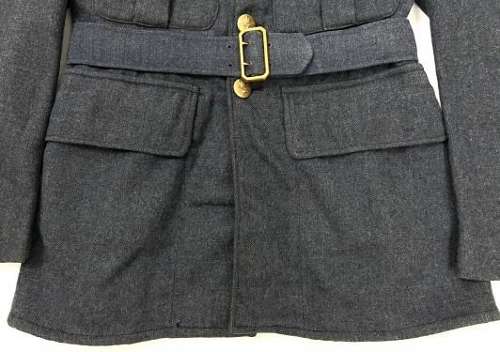 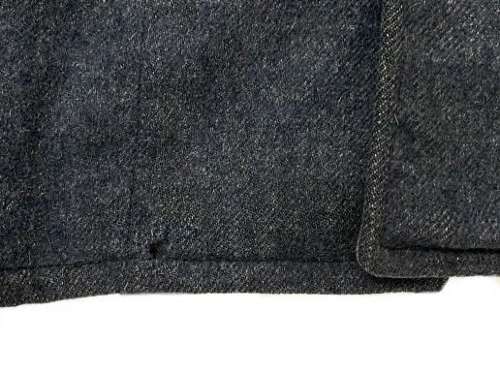 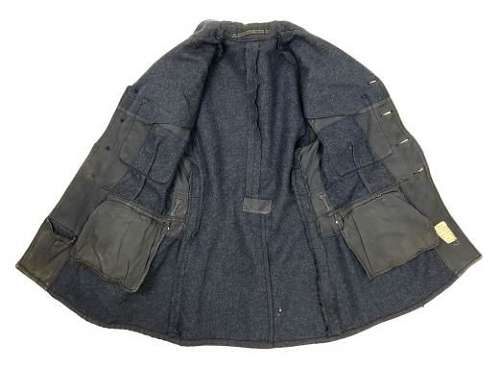 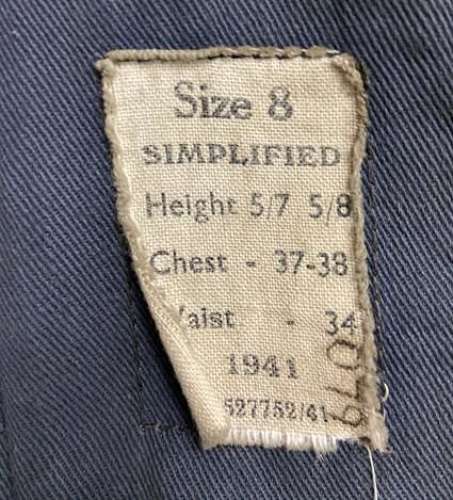 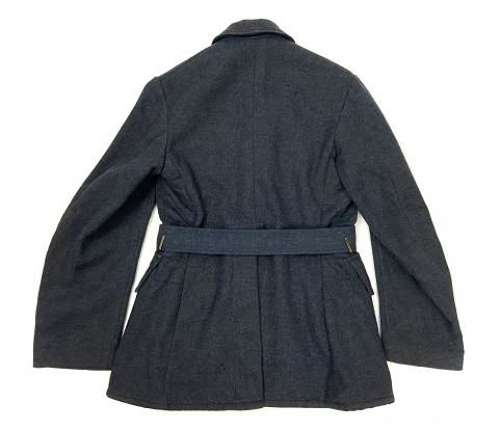 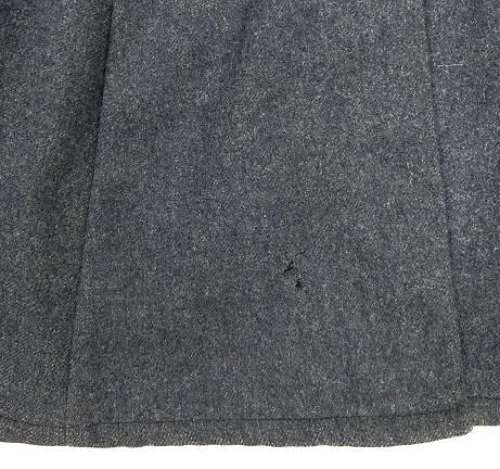 This original tunic was the standard pattern worn by all men in the RAF under the rank of sergeant throughout the Second World War. It features a complete set of original brass Kings crown buttons and its waist belt which is slightly mis-matched in colour but a good fit. The tunic has had its insignia removed but this would be easy to replace.

Inside the jacket the original label is still present and is typical of those found on these early jackets in how plain it is. It states the jackets size as No.10 which will fit up to a 38" chest and a 34" waist. The label also bares the War Department broad arrow and the 1941 date.

The tunic is in good condition for its age as can be seen in the pictures. It shows some signs of service wear but generally speaking displays well. There is a small hole to the front of the skirt and another larger one to the rear of the skirt, both of which are detailed in the pictures.

Overall a nice clean RAF jacket complete with its original waist belt and a nice clear early war date. Ideal for both the collector and re-enactor!