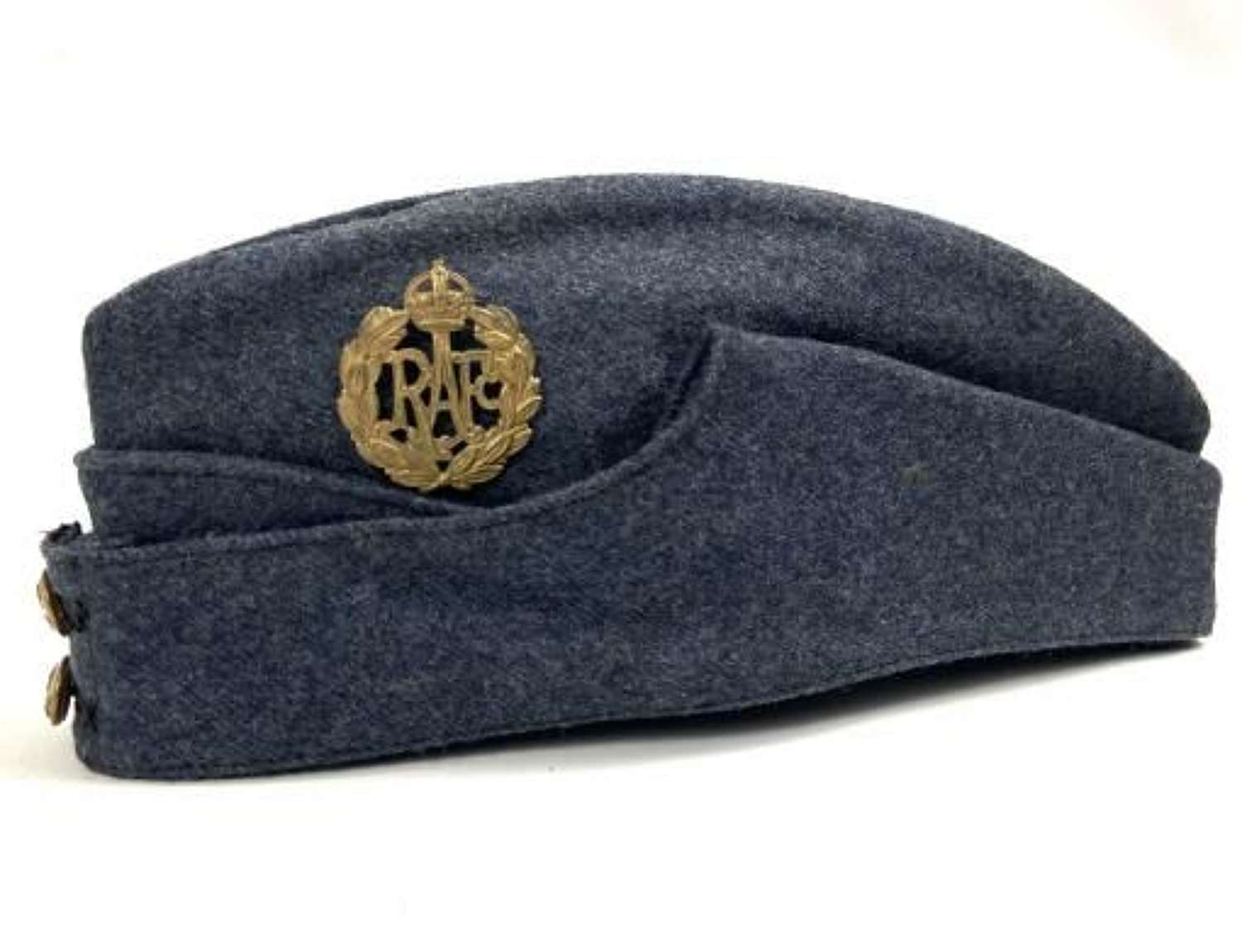 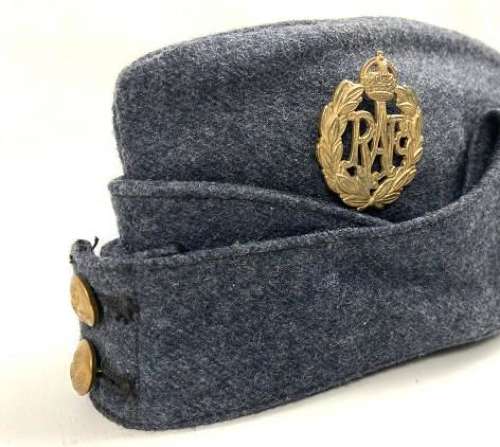 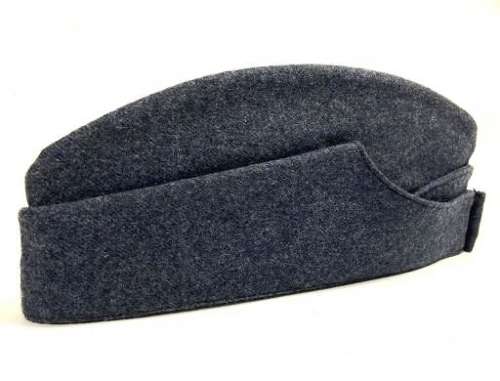 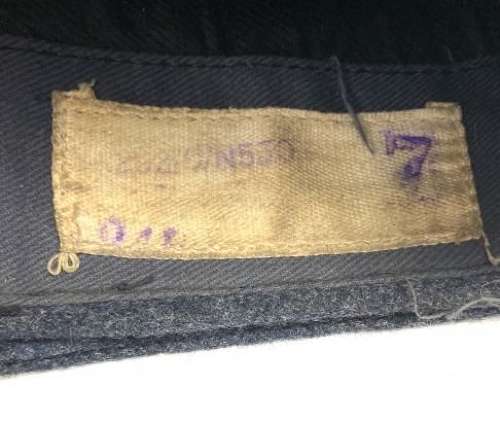 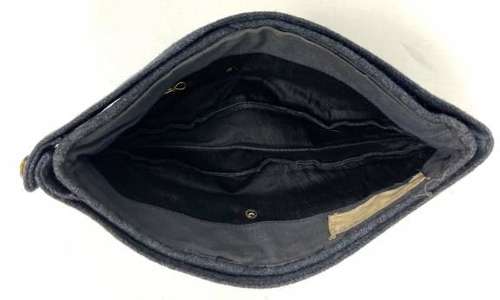 The original label is still present inside the cap and is the early white cotton tape style. This is the latest dated cap with this style of label I have seen as it has a pink 1941 issue stamp visible in the left-hand corner. As this is an issue stamp it is possible that the cap was manufactured slightly earlier. The size is also indicated as 7 but I think the rest of the stamp is missing as it fits more like a 7 1/4.

The condition of the cap is good and it displays very well. The exterior is very clean and the interior only shows the usual signs of service wear.

All in all a nice early example of an RAF OA hat in a wearable size.