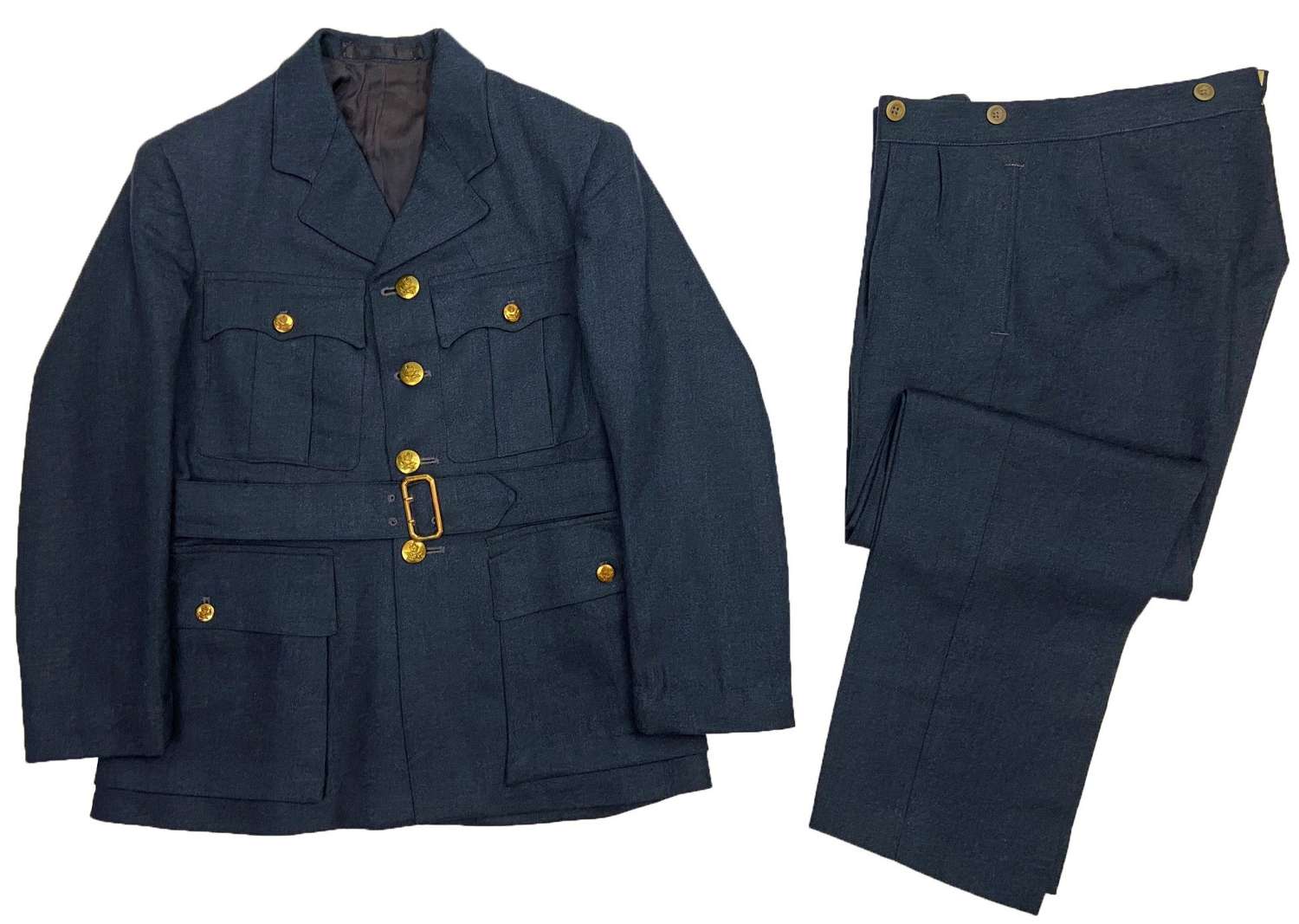 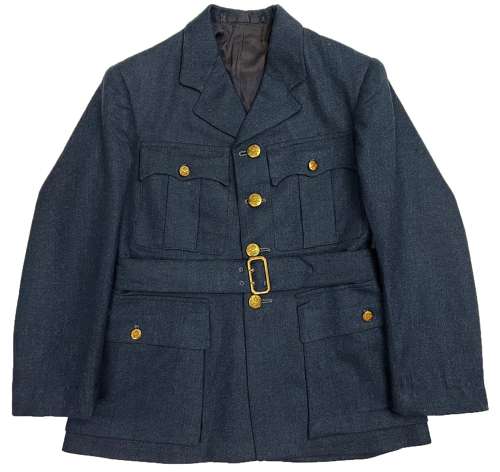 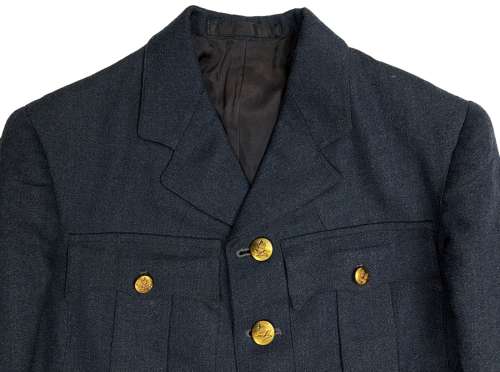 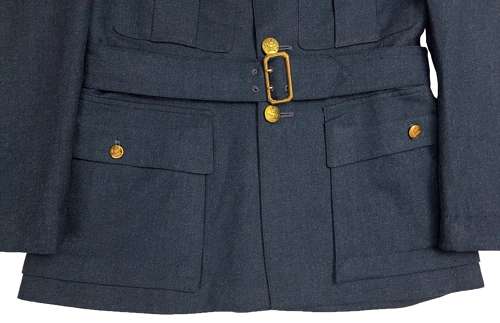 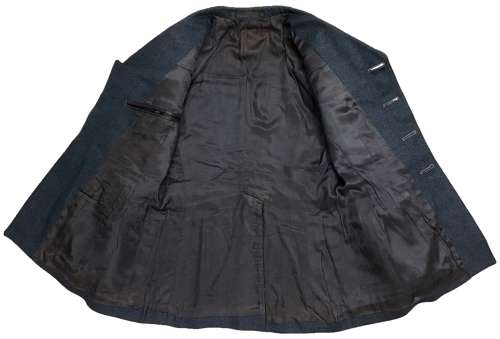 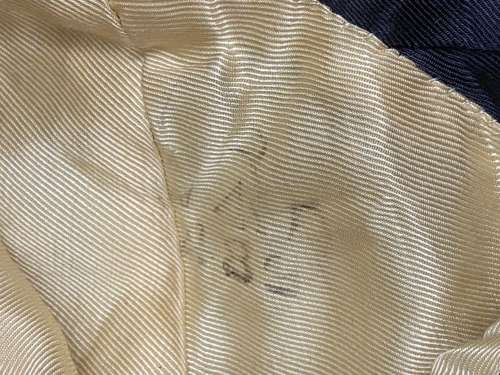 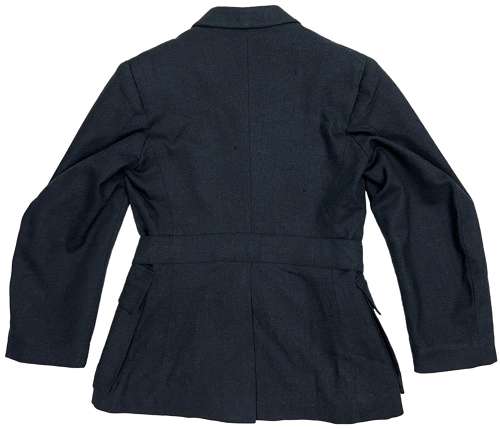 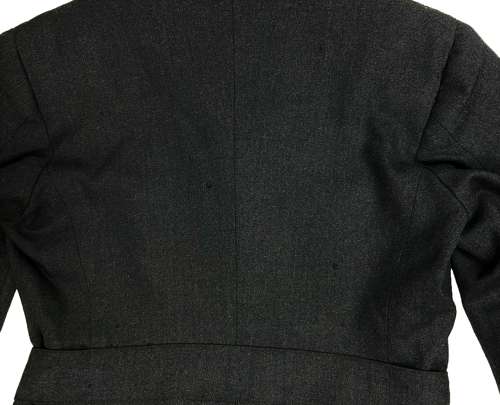 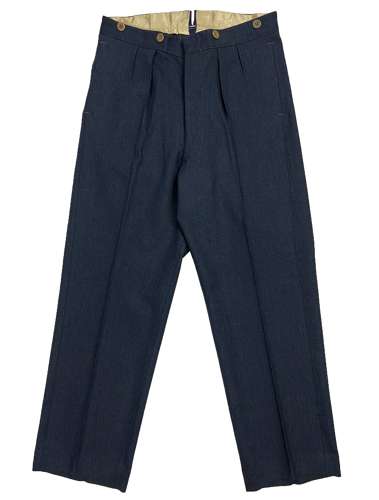 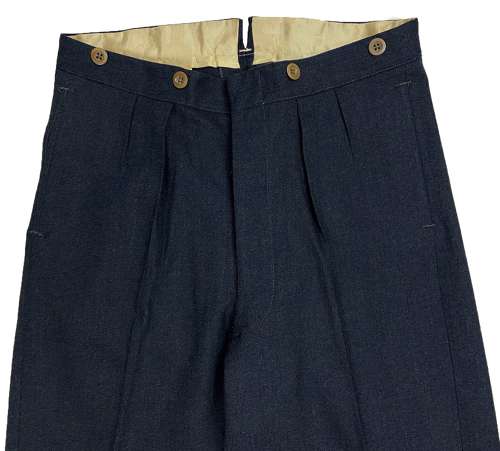 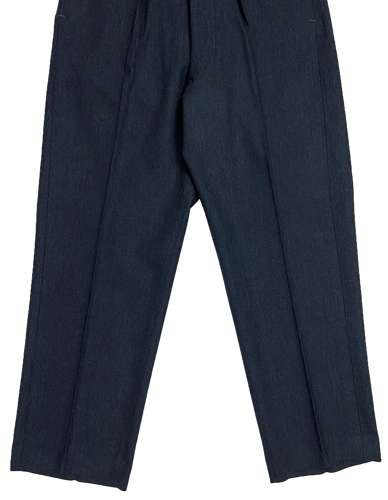 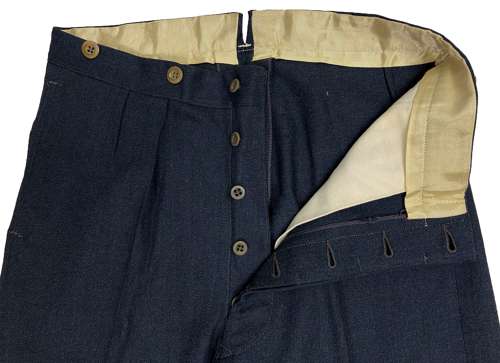 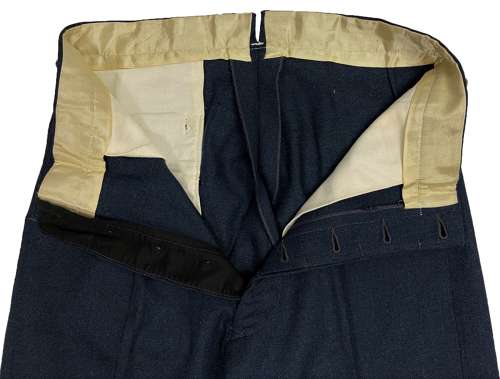 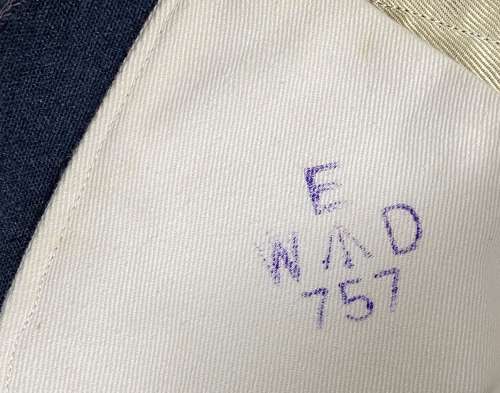 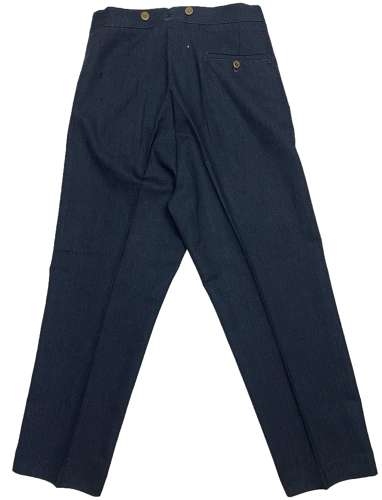 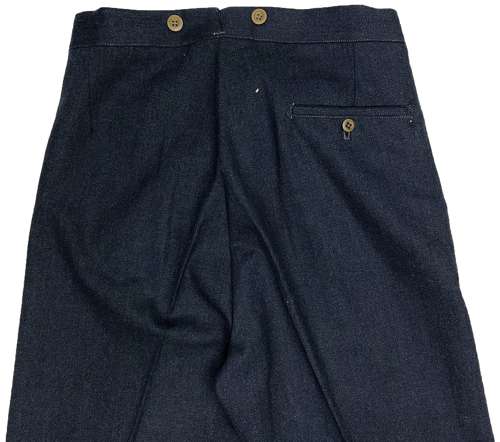 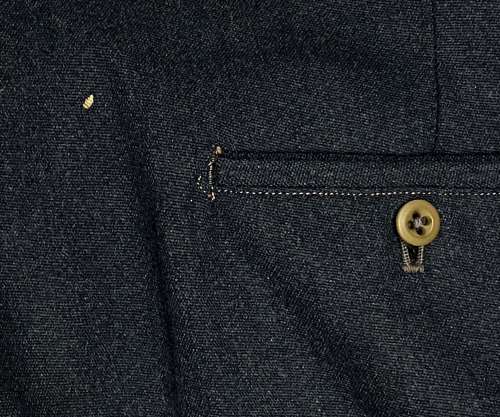 This pattern of uniform came into issue with the RAF in the inter-war period and saw service throughout the Second World War. It was replaced in the immediate post-war period by a new pattern which had a three button front rather than 4. The letter codes on the War Department acceptance stamps date this set to 1946 and 1947 although it is identical to those made during the war and would easily pass as a wartime example.

The tunic features brass king's crown buttons and retains its original waist belt and brass buckle. The interior is fully lined with rayon and features a single inner pocket. There is no rank fitted to the cuff meaning it could be badge to a warrant officer of officer rank in the future. The cuff has had a small amount of the internal stitching cut showing that it could be let out by a generous 1 1/2". Inside the sleeve lining there is a War Department acceptance stamp which is surmounted by the letter 'R' denoting 1948 as the year of issue. This marking combined with the lack of insignia would suggest that this is an issue made suit, possibly intended for a Warrant Officer.

The trousers are typical of the period featuring a high rise waist, wide leg and twin pleated front. Straight slash pockets are located at each hip and a single, buttoning pocket is found to the rear. The fly fastens with butterscotch coloured buttons with more fitted around the waist to which braces can be attached. The trousers also feature a War Department acceptance stamp which is surmounted by the letter 'E' which denotes 1947.

When laid flat the suit measures -

The suit is in good condition with both items retaining their deep blue colour. The jacket and trousers match very well and appear to have been made as a set. There are next to no signs of wear or use and the lack of insignia would suggest that this has never been worn. There is a moth nip to the rear of the trousers as shown in the pictures. There are also a couple more nips to the rear which are again detailed in the pictures, and another small hole to the elbow of the jacket. These do not particularly detract from what is overall a very fresh and bright suit.

A nice original WW2 pattern RAF Service Dress in good condition. This could suit a collector or re-enactor well!