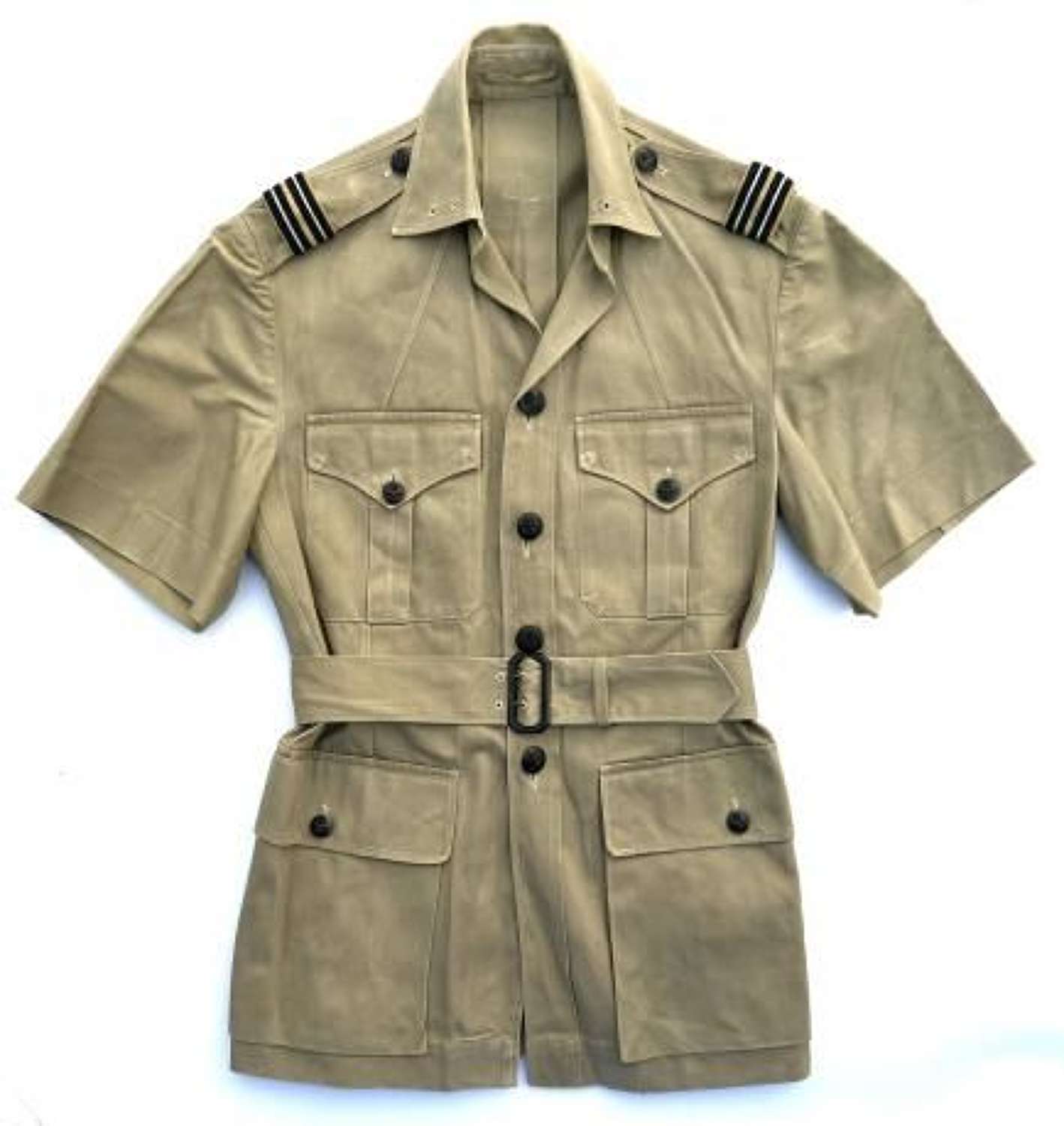 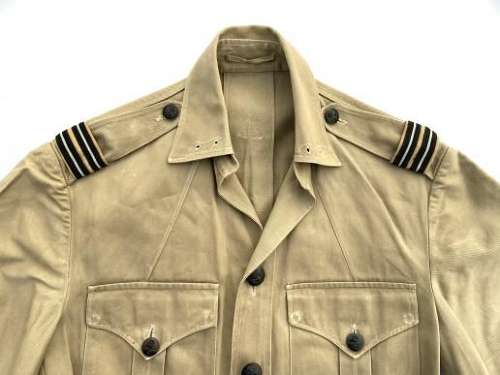 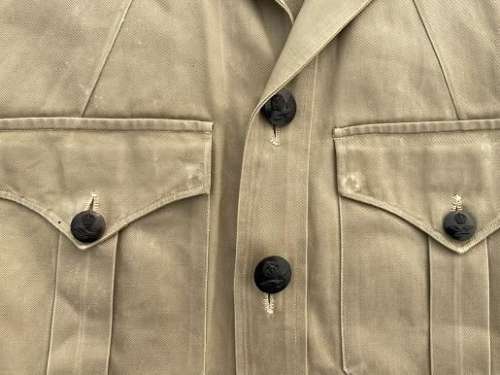 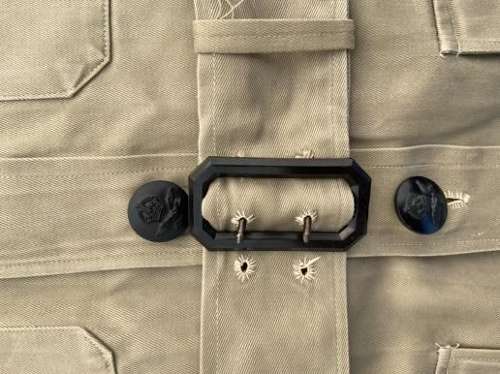 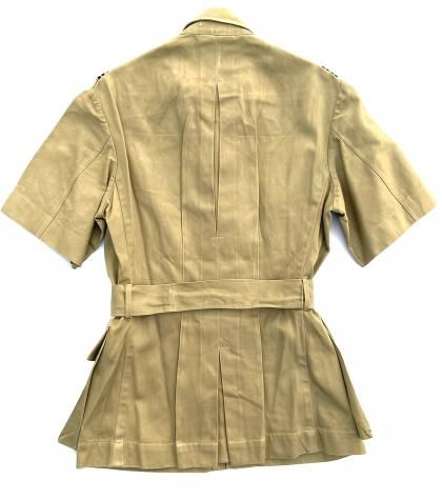 SOLD
An original Royal Air Force Officers Khaki Drill Tunic with Flight Lieutenant slip on shoulder rank and dating from around the time of the Second World War.

This tunic is typical of those worn by British Officers during the 1940s and early 1950s. It is made from a heavier weight cotton drill often seen used for officers uniforms as it was smarter than the aertex examples. It features black plastic RAF buttons and matching black plastic waist buckle as were common place on RAF uniforms of the later part of the Second World War. It features original Flight Lieutenant slip on shoulder rank which appears to also be original to the jacket.

All the button holes are hand stitched which would suggest this is a theatre made item, as is common with KD items. There are a further two hand stitched holes to each collar which would have been for badges, possible Volunteer Reserve VR badges.

The tunic is in good condition as can be seen in the pictures. It bares signs of washing and ironing and limited signs of wear and use. Overall it displays well but please study the pictures to ascertain your own idea of condition.

All in all a nice wartime period tunic which could suit a re-enactor or collector well.