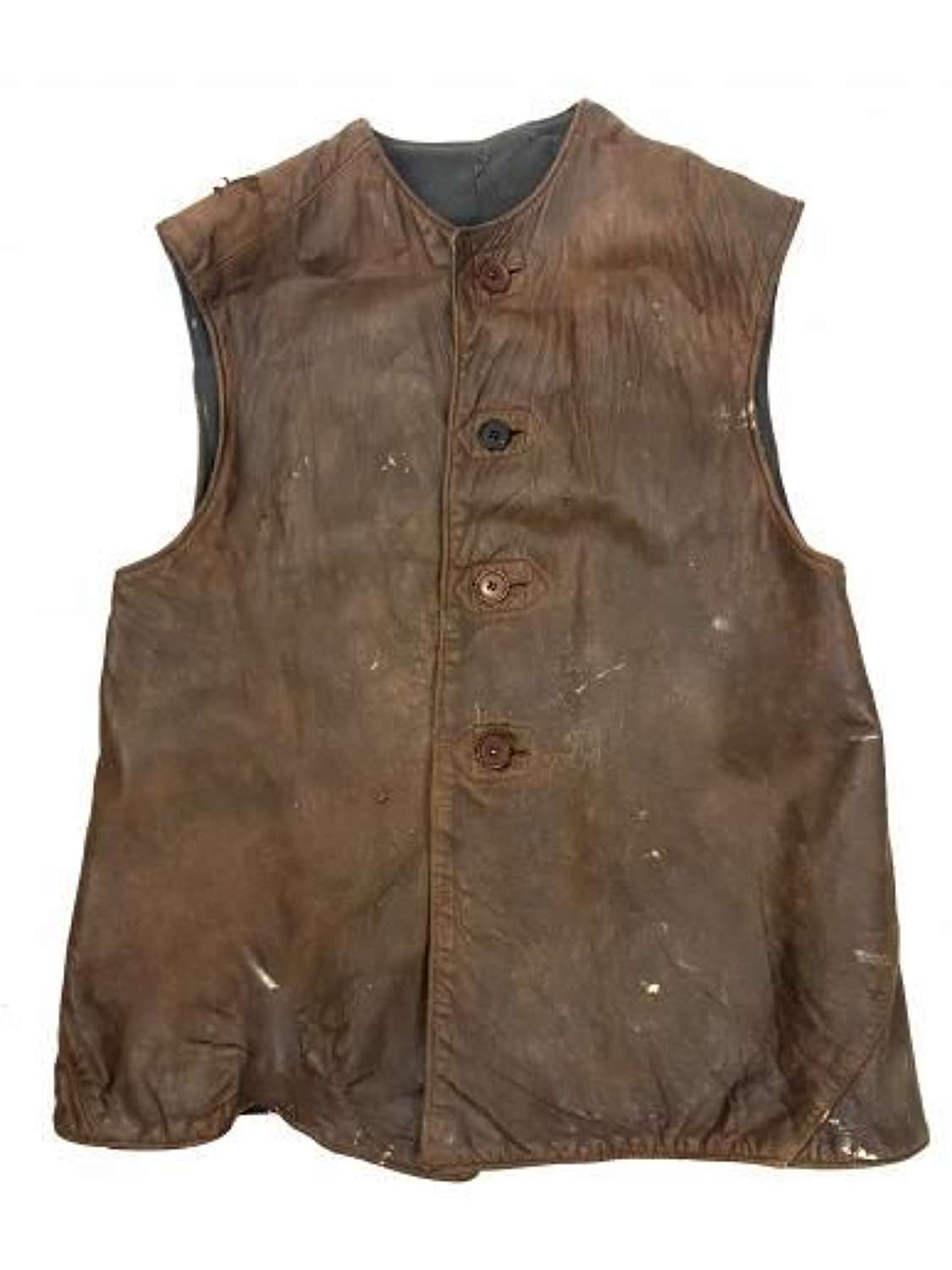 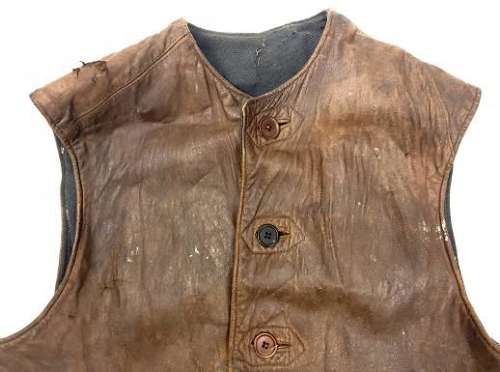 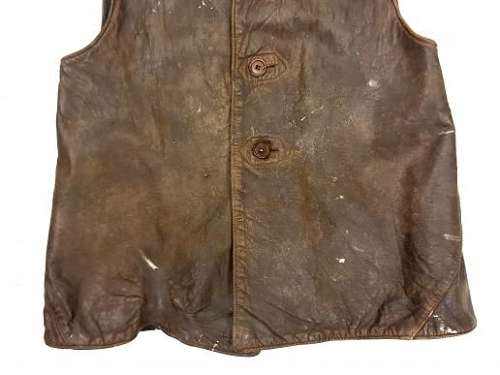 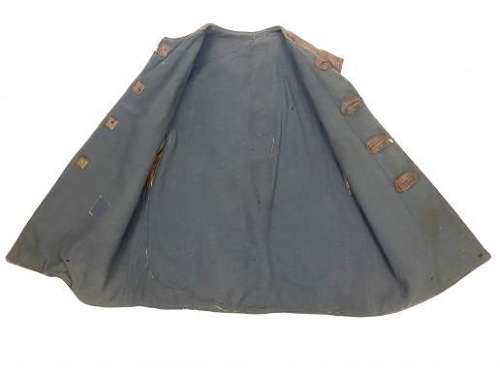 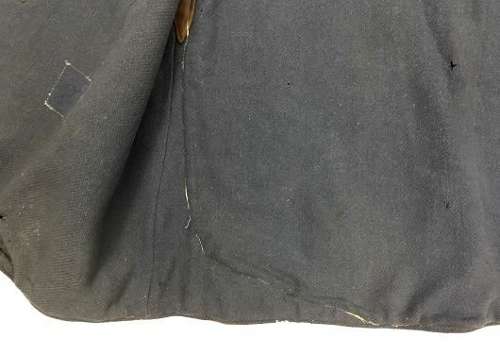 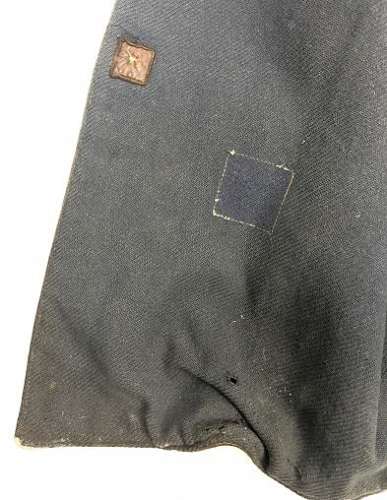 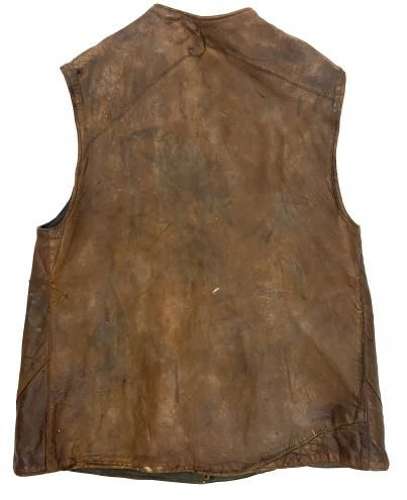 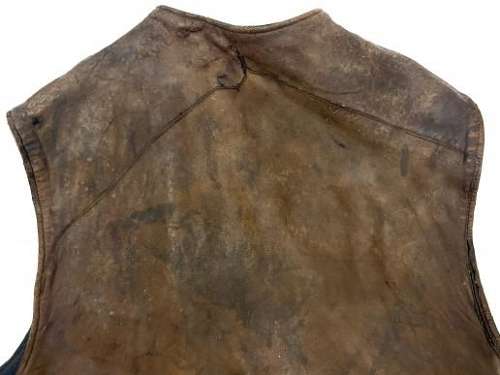 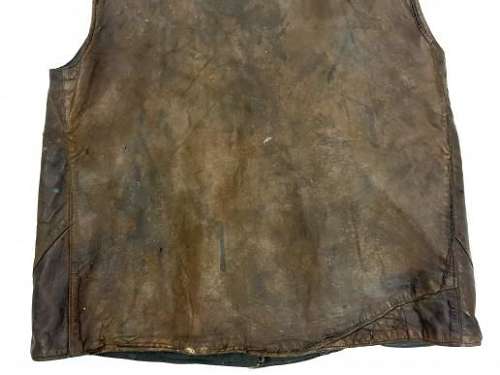 A rare original RAF Leather Jerkin dating from around the time of the Second World War.

This pattern of leather jerkin came into issue with the British Army during the Great War and stayed in service throughout the Second World War and well into the post-war years. This particular example is the RAF pattern which features an RAF blue blanket serge lining.

This jerkin has all the trademarks of a WW2 issue example and is not the later post-war PVC version. The leather is made out of separate panels as per WW2 austerity measures. Sadly there is no longer any label present to the interior of the jerkin, although there is not doubt to its age.

The jerkin is fitted with four none-matching buttons of the correct style. These buttons are prone to falling off so finding jerkins with replacement buttons such as these is very normal. They were almost certainly replaced at the time.

I would say that the jerkin is a size NO. 2 and when laid flat measures -

RAF issue leather jerkins are very rare to find today. This would make an excellent addition to any RAF collection without a doubt!