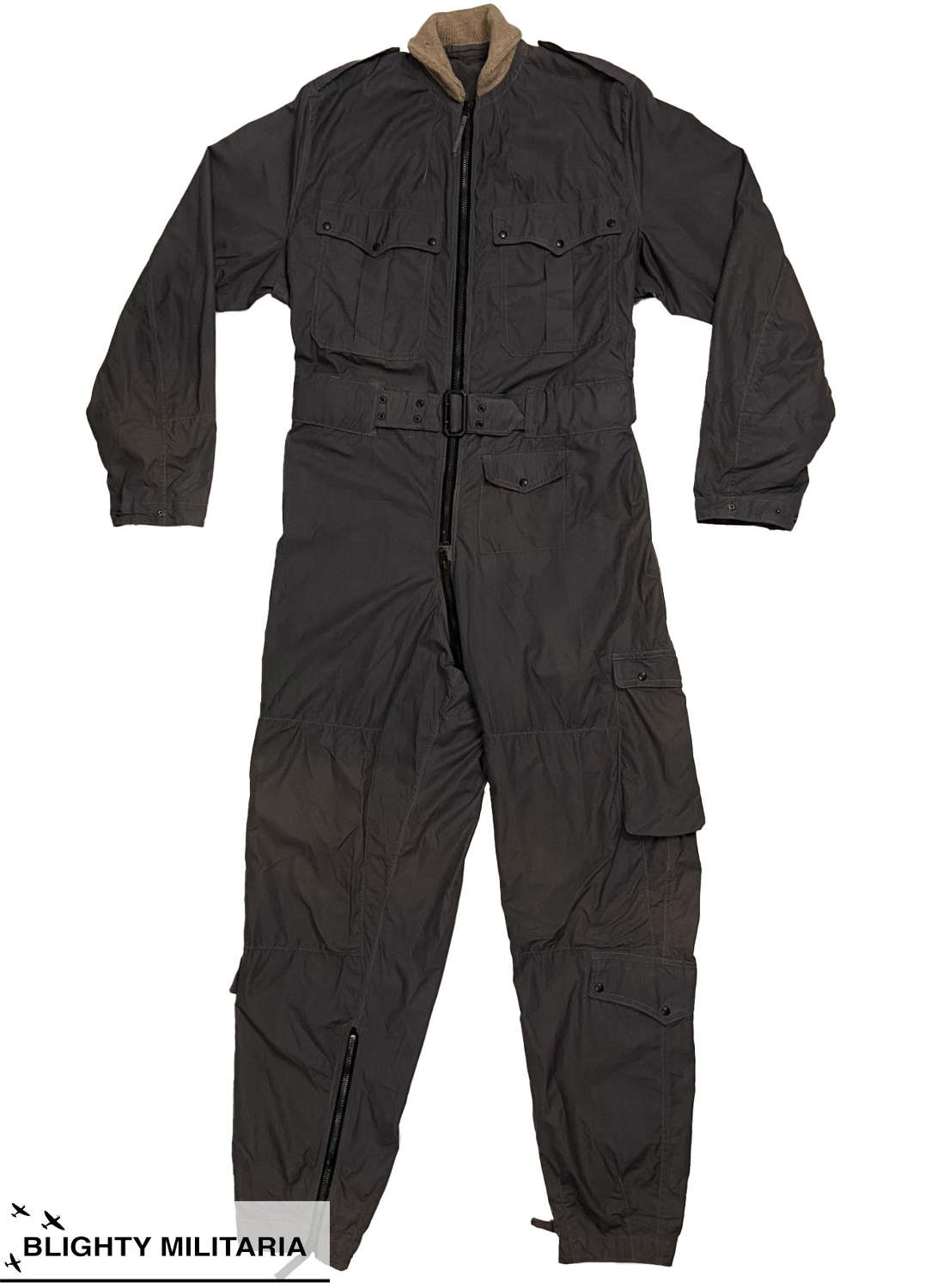 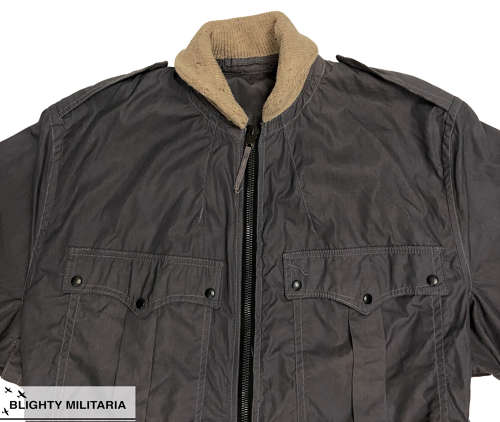 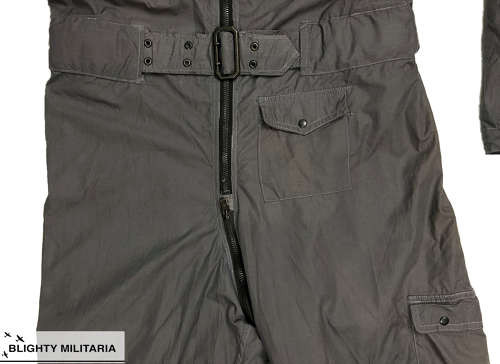 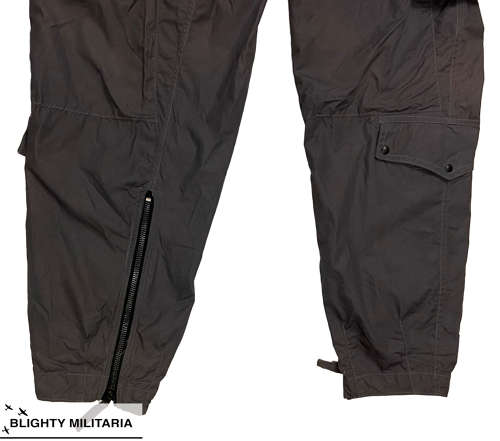 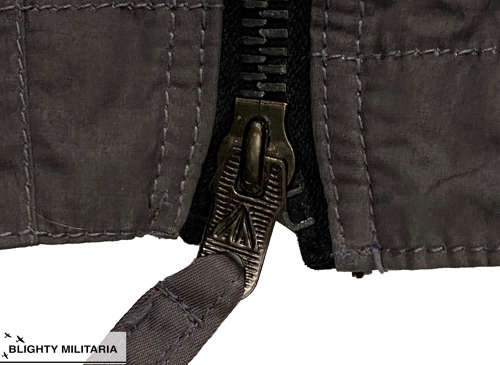 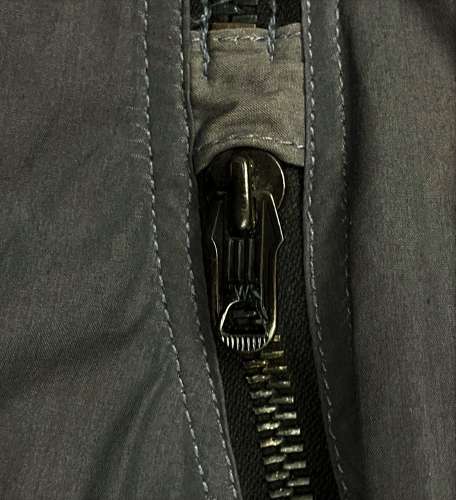 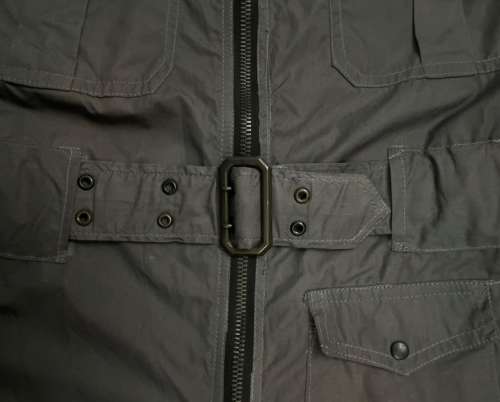 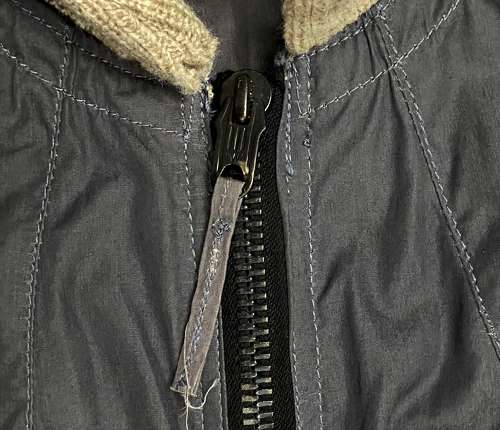 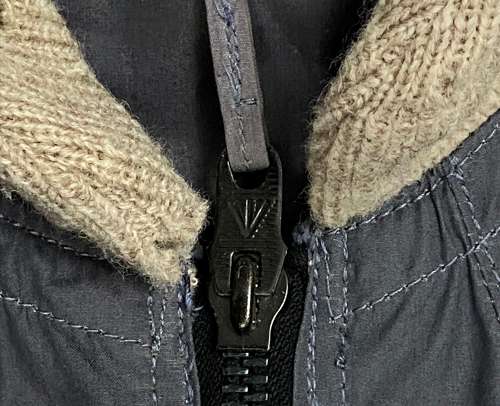 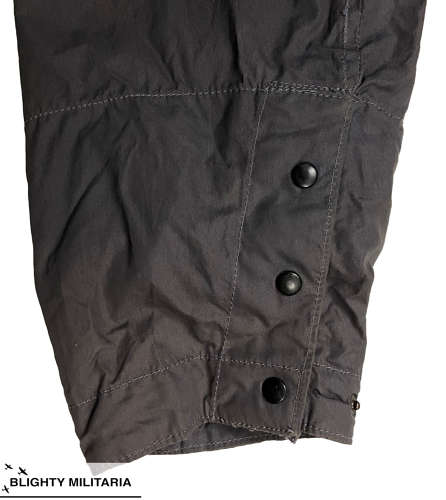 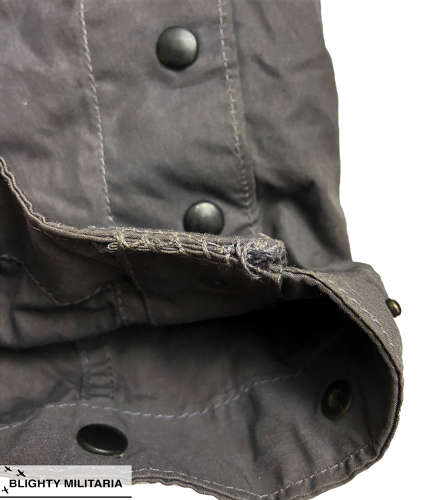 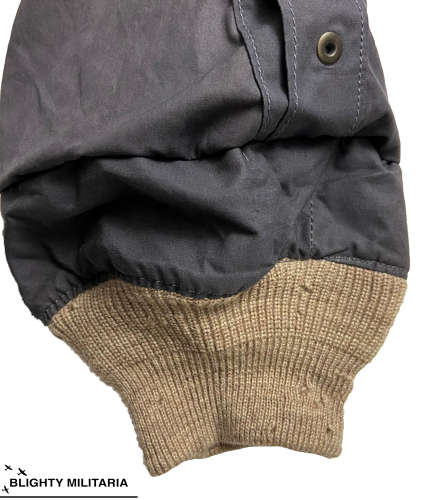 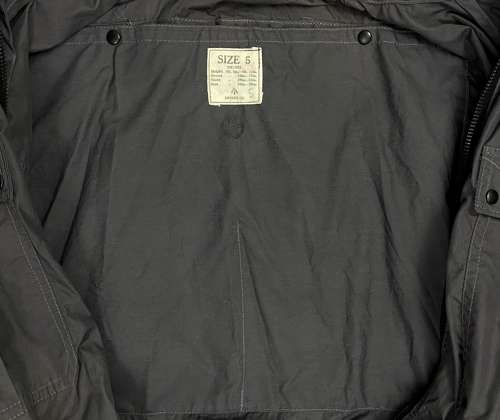 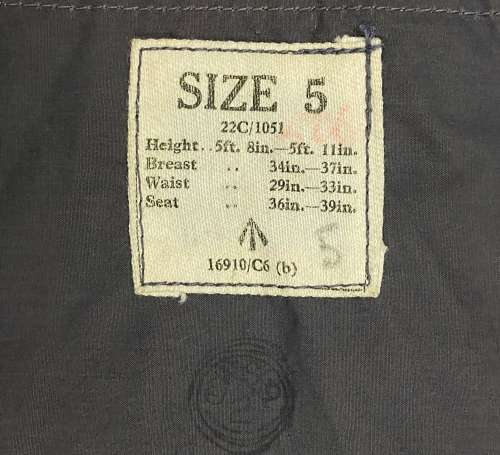 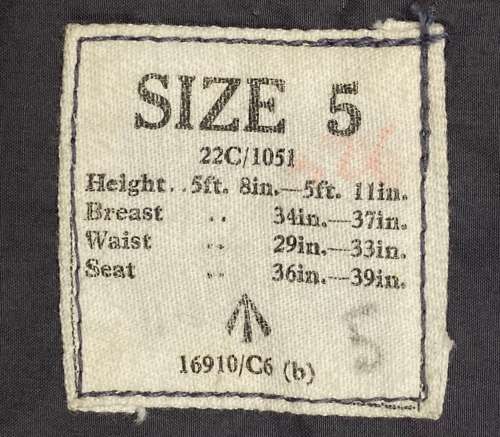 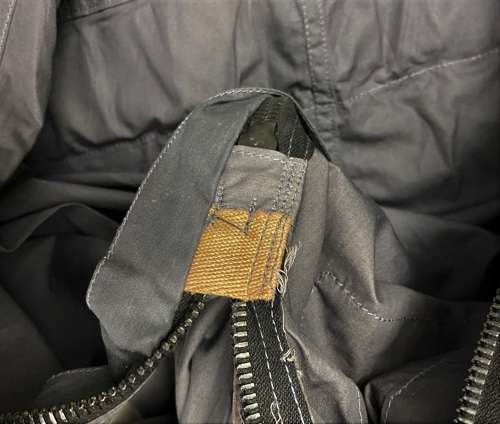 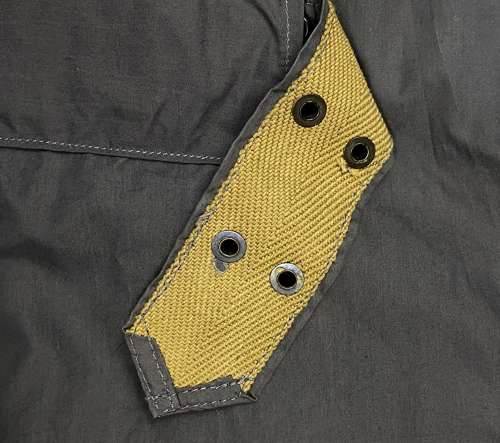 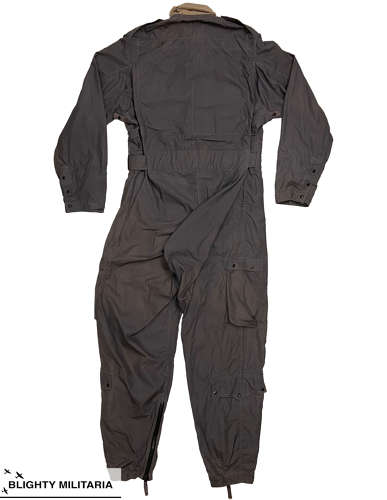 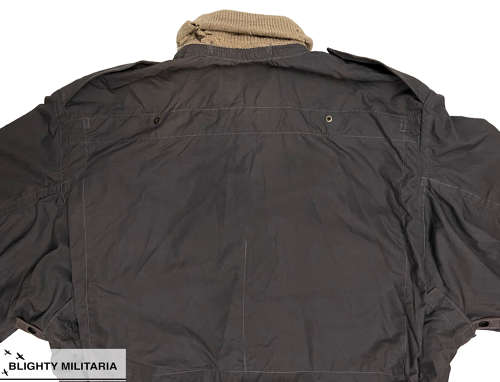 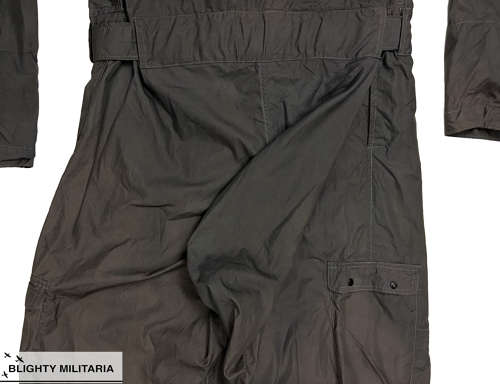 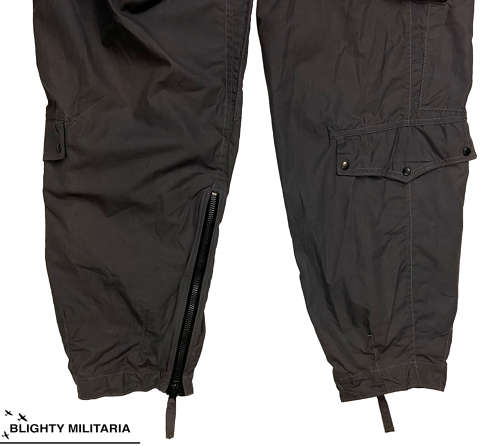 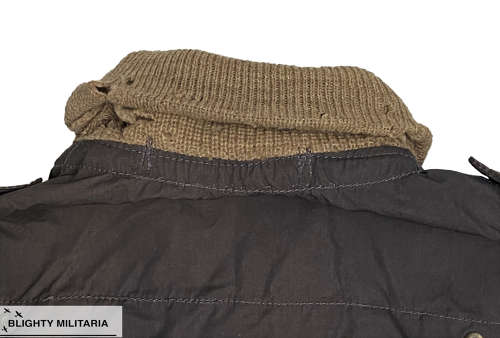 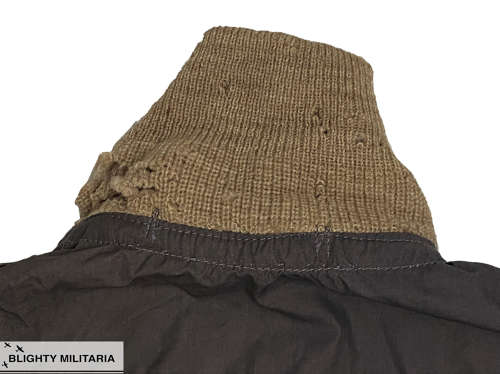 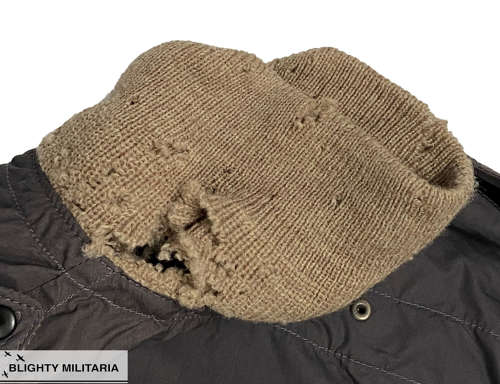 An original RAF Beadon Flying Suit made from Ventile cotton in a size 5 which is denoted by the RAF stores code 22C/1051.

The suit is made from ventile cotton and must be the earliest example of this material being used by the RAF. It was used later on the MK1 flying suits as well as the ventile smocks and trousers but I believe this is it in its earliest form. It also features zips with broad arrow markings to the rear and the letter 'W' to the front. Knitted cuffs can be found inside the sleeves and a knitted collar is present to the neck. A partially integral waist belt is also present and fastens with a double pronged buckle. The rear of the belt is back with webbing for strength.

The condition of the suit is very good with next to no signs of previous use. The material is still a nice deep colour which is not faded or washed up and it still has that lovely ventile sheen to it.  The only flaw to the suit is some damage to the collar as is common with this pattern. Overall it displays extremely well and aside from the collar would be very hard to better.

All in all a very nice original early RAF flying suit with loads of great details.