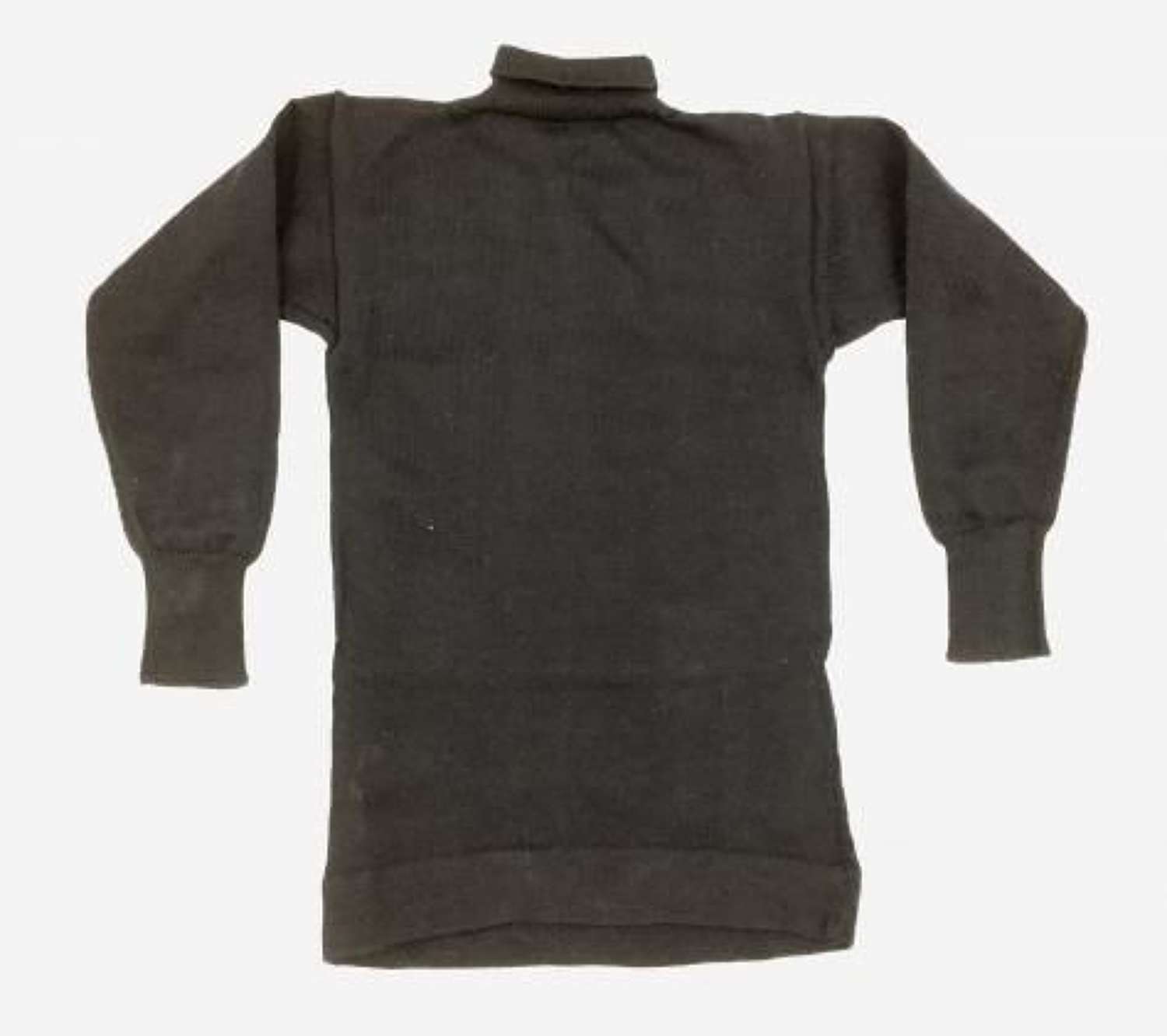 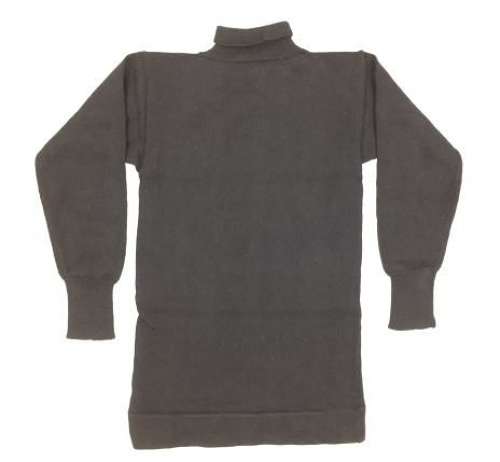 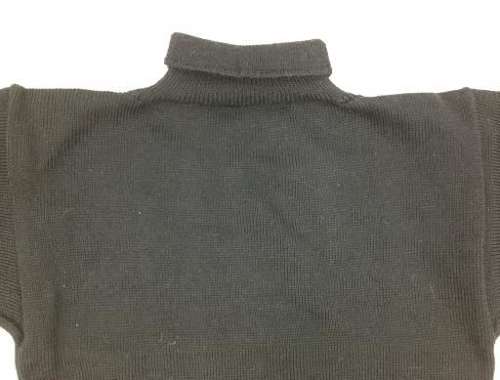 This sweater is typical of those made during the war being made from a heavy coarse navy blue wool and featuring a small rolled neck. The jumper is very long in the body which is typical of this style. There is no label present so could be a comforts made example.

This style of roll neck was popular during WW2 particularly with RAF aircrews and are often seen being worn in pictures rather than the issue 'frocks' which have a much larger roll neck.

The jumper is a small size and will fit a 34" chest well.

The overall condition is great. This has clearly never been worn or issued and it displays very well.

A great original and hard to find piece which would compliment any collection.