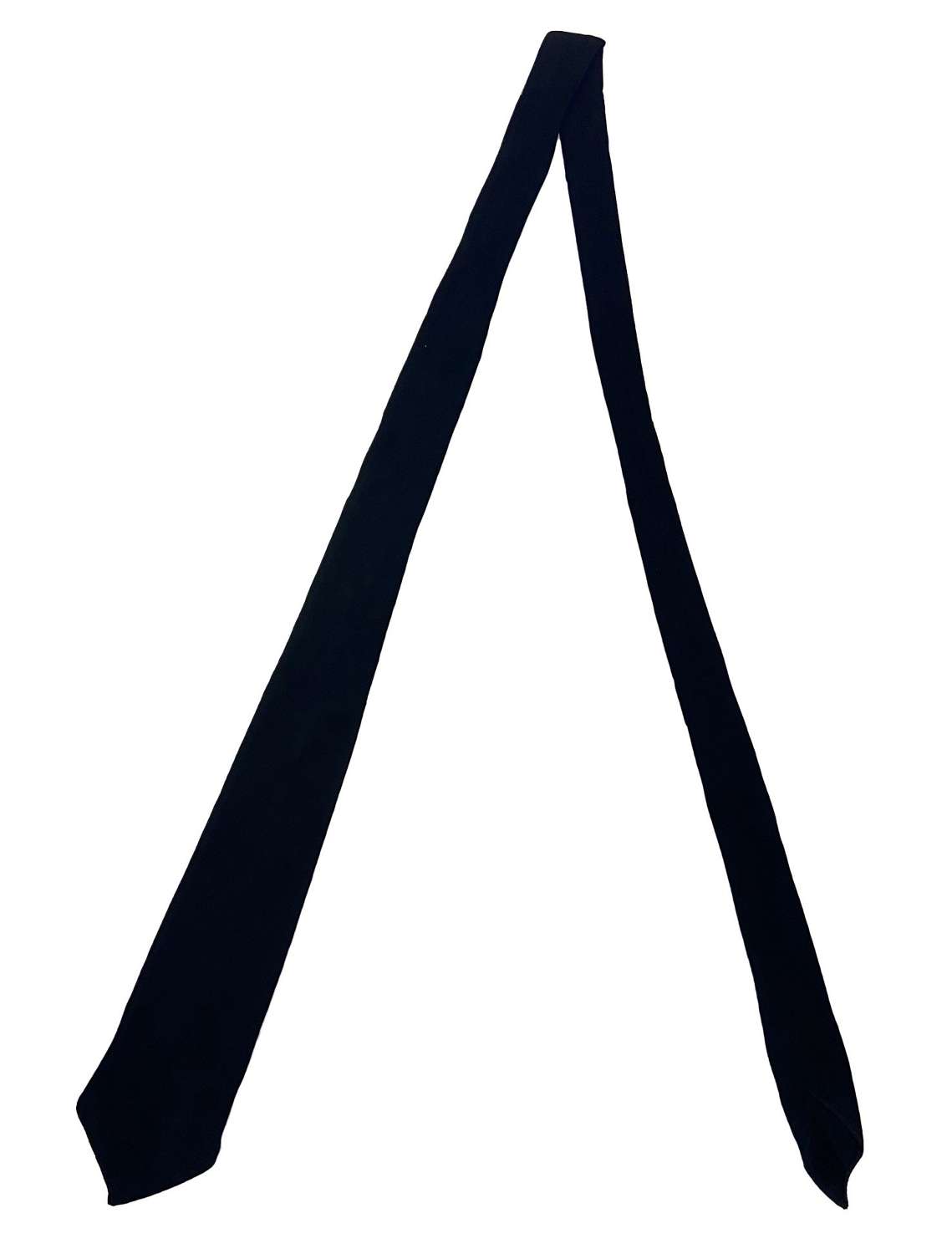 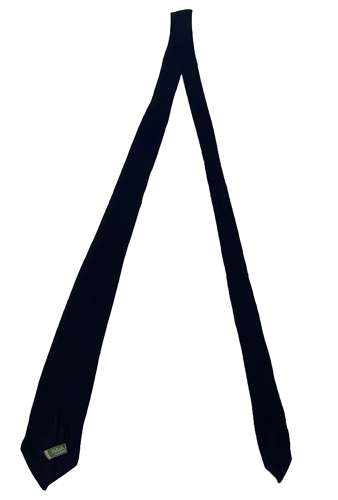 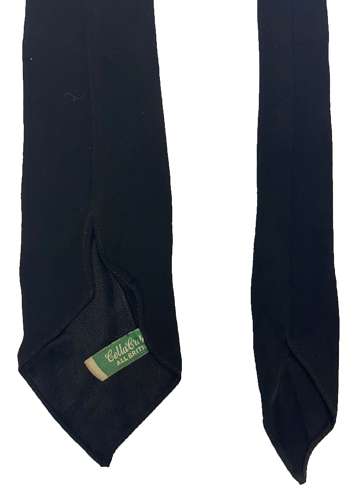 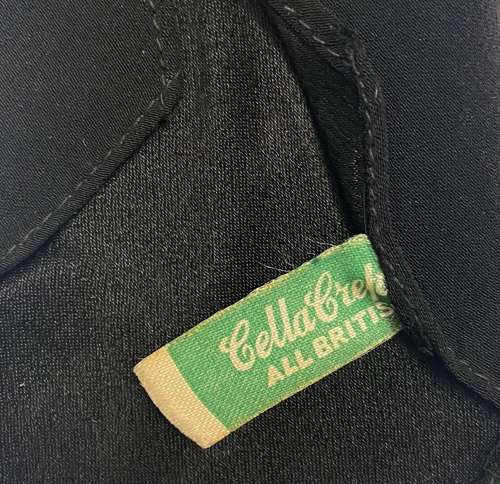 RAF Officers kit was all private purchase and bought from a variety of gentlemen’s outfitters. Some would have had their own ties but most would have stocked ties from another company. It is impossible to say if this tie was ever worn by an RAF officer but it is of the period and the pattern for an RAF officer.

The construction of the tie is typical of ties made during the 1930s and 1940s. It is a single piece construction and not backed like later ties. The crepe material is again typical of the period as is the label.

The tie features a nice period label which reads ‘Celecrepe All British’. The colour and graphics of the label are typical of the period. This is certainly the sort of tie an RAF officer would have worn.

The tie is in good condition with no signs of undue wear. It is however a vintage pre-worn item and may have small  issues consummate with age.

Overall a nice example of a period black tie which would make an excellent addition to an RAF collection or mannequin. Far superior to any modern stand-in!