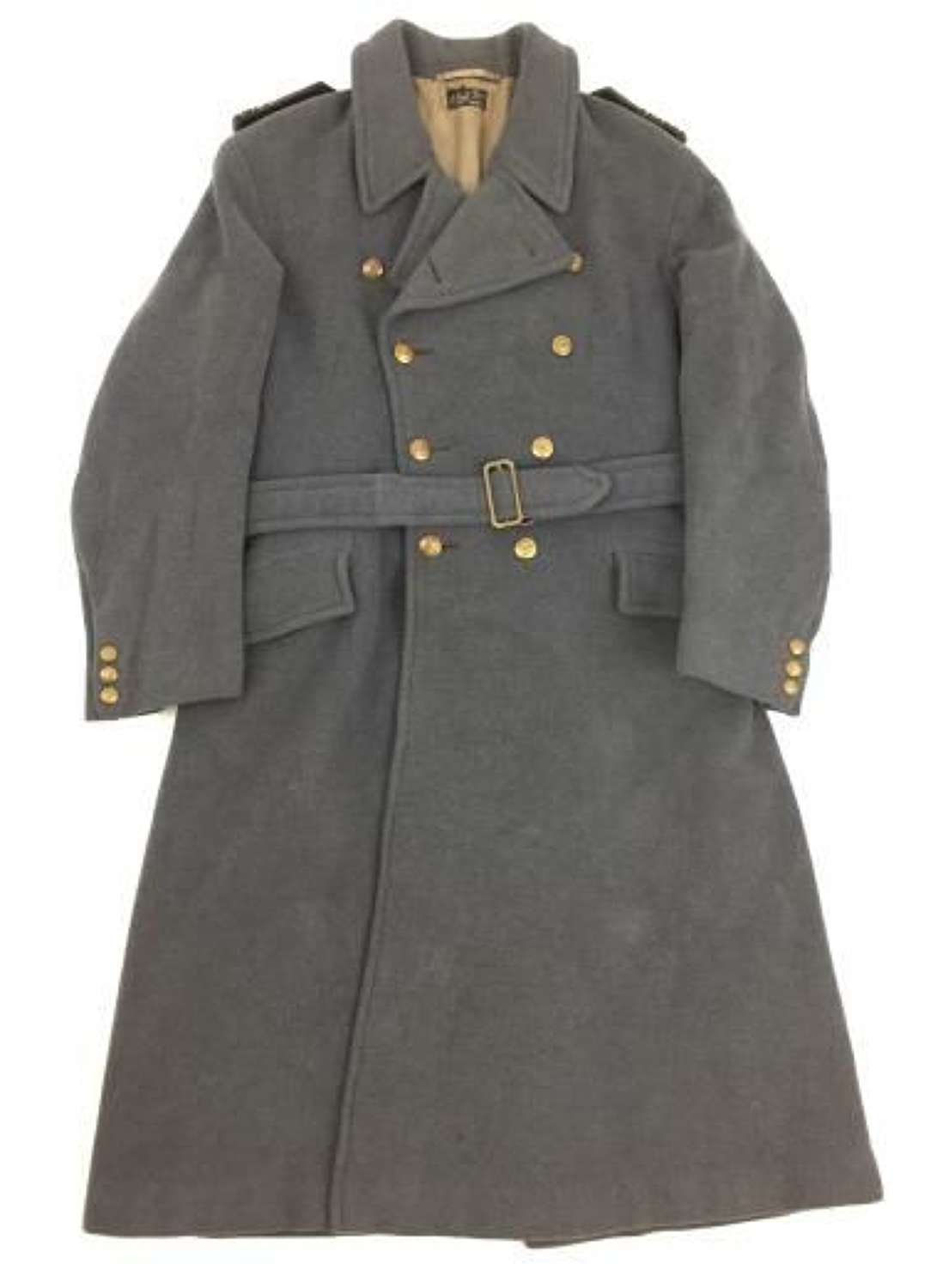 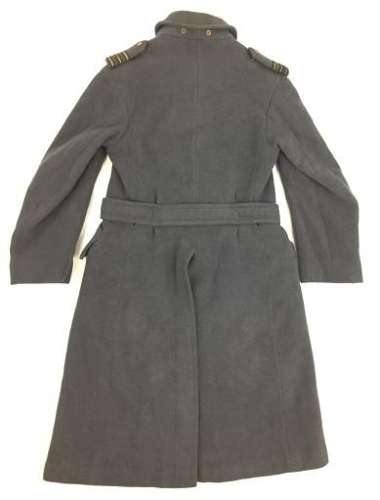 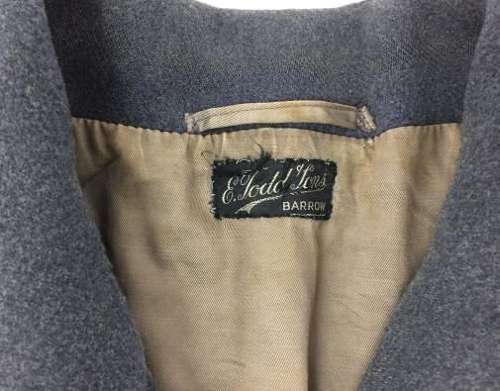 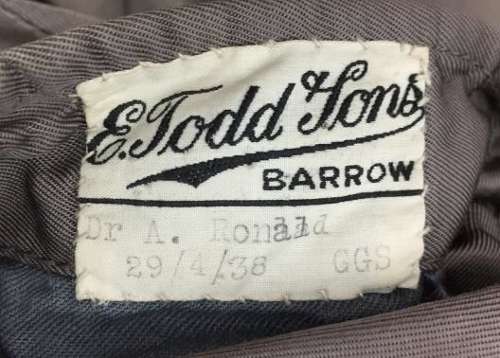 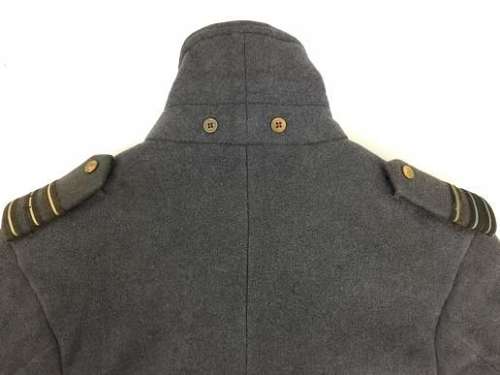 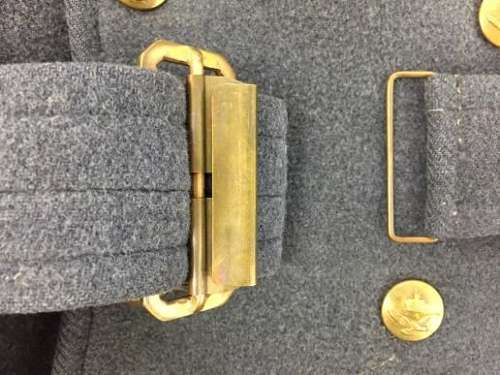 This style of greatcoat was worn by officers in the RAF from before the Second World War but was replaced immediately after with a new pattern, making this example the only acceptable pattern for a WW2 collector.

The coat is made from an RAF blue Crombie material and features a full waist belt and brass buckle, a 3 button cuff with brass RAF buttons, RAF buttons to the front and is lined inside with rayon.

The coat was made by 'E. Todd & Sons' of Barrow for a Dr. A. Ronald in 1938. It has a tailors label inside the neck which is black and another which is white and bares the owners details on this inside pocket.

The coat comes complete with its original Squadron Leader shoulder boards which appear to be original to the coat. They are in reasonable condition but one in particular shows signs of aging with one of the rank rings being stained. They are original however and have the correct brass kings crown buttons.

The greatcoat is a good size measuring at 21" from pit to pit meaning it should fit a 39-40" chest maximum.

A very early example of an Officers Greatcoat which would be an excellent addition to any Battle of Britain collection without a doubt.