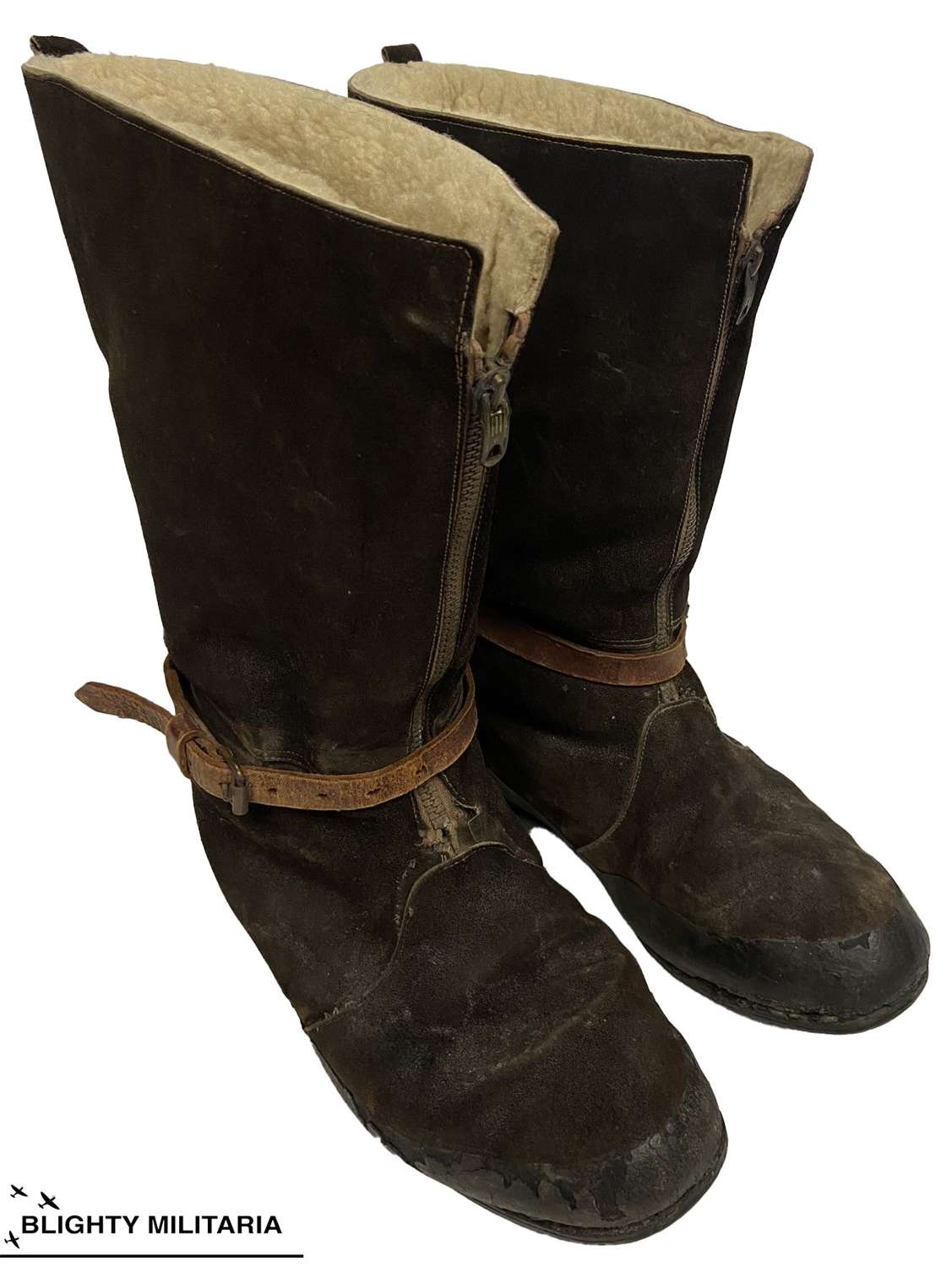 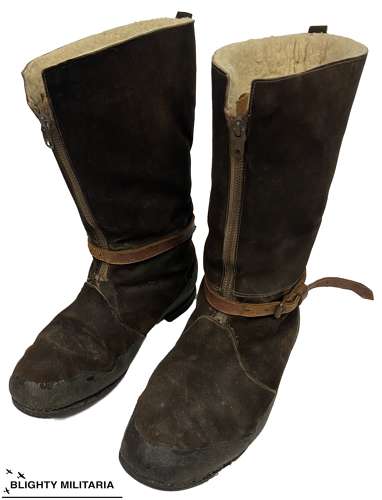 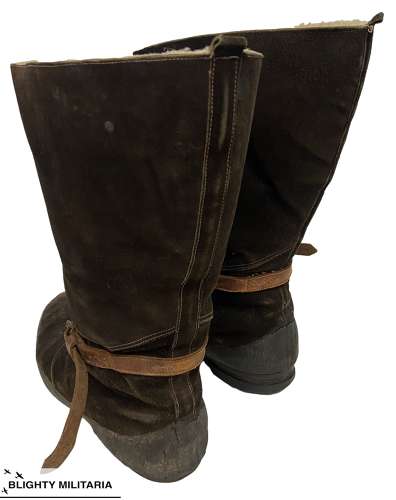 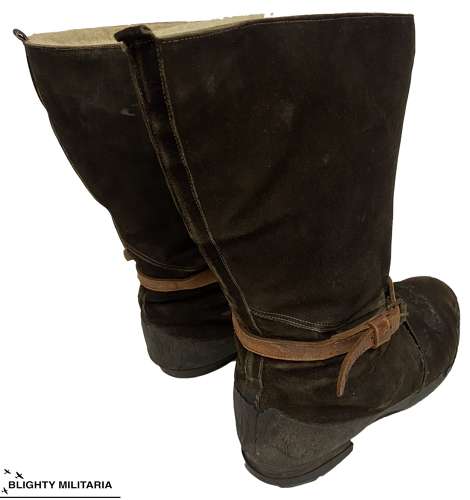 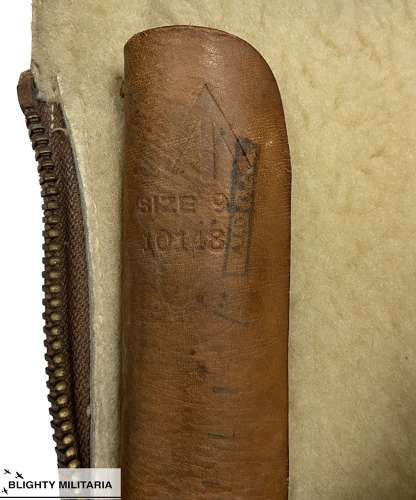 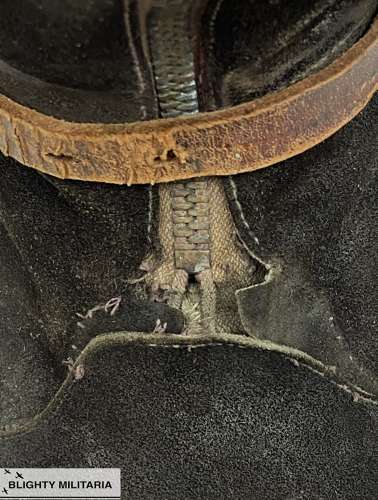 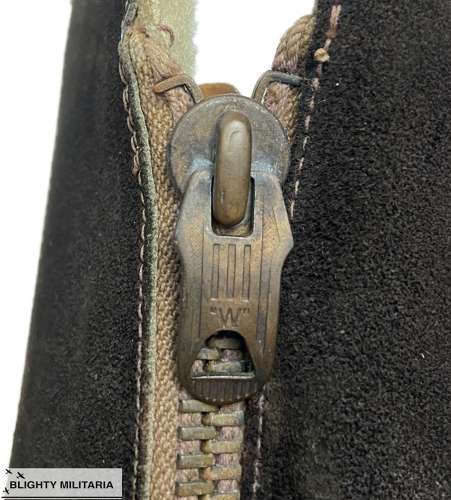 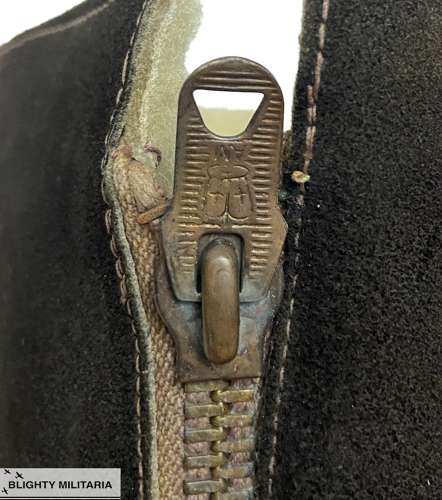 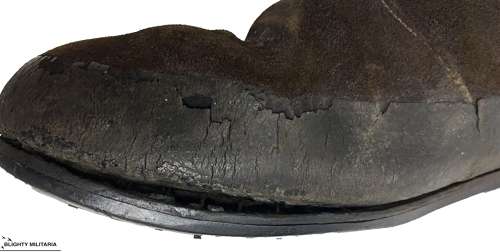 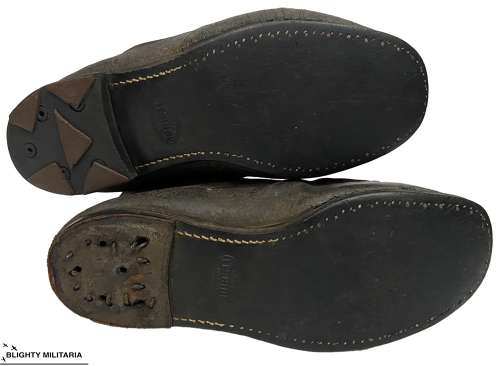 An original pair of 1941 pattern flying boots which belonged to Roger George Cobley who flew Hurricanes with No. 20 Squadron during the Second World War.

This pattern of boots came into issue with the RAF during the Second World and were particularly popular with Bomber Command, earning the nickname of 'bomber boots'. The feature suede outers with a sheepskin lining throughout along with rubber soles and a rubber galosh section which bridges the soles and the boot itself. The boots are fitted with Air Ministry marked zips which function as they should and the leather ankle straps are still present. The soles are the original 'Itshide' examples and one of the heels has had period protectors added to it.

The boots are in poor condition which is reflected in the price. They could potentially be restored or could be displayed as they are. The stitching which runs around the vamp has come away on both boots as detailed in picture 6. The rubber galosh is mostly intact with some areas missing and some hardening. The soles have come partly adrift on both boots but are solid although not wearable (picture 9).

Whilst in poor condition, these are an original pair of boots which have some history and could fill a gap in a collection!