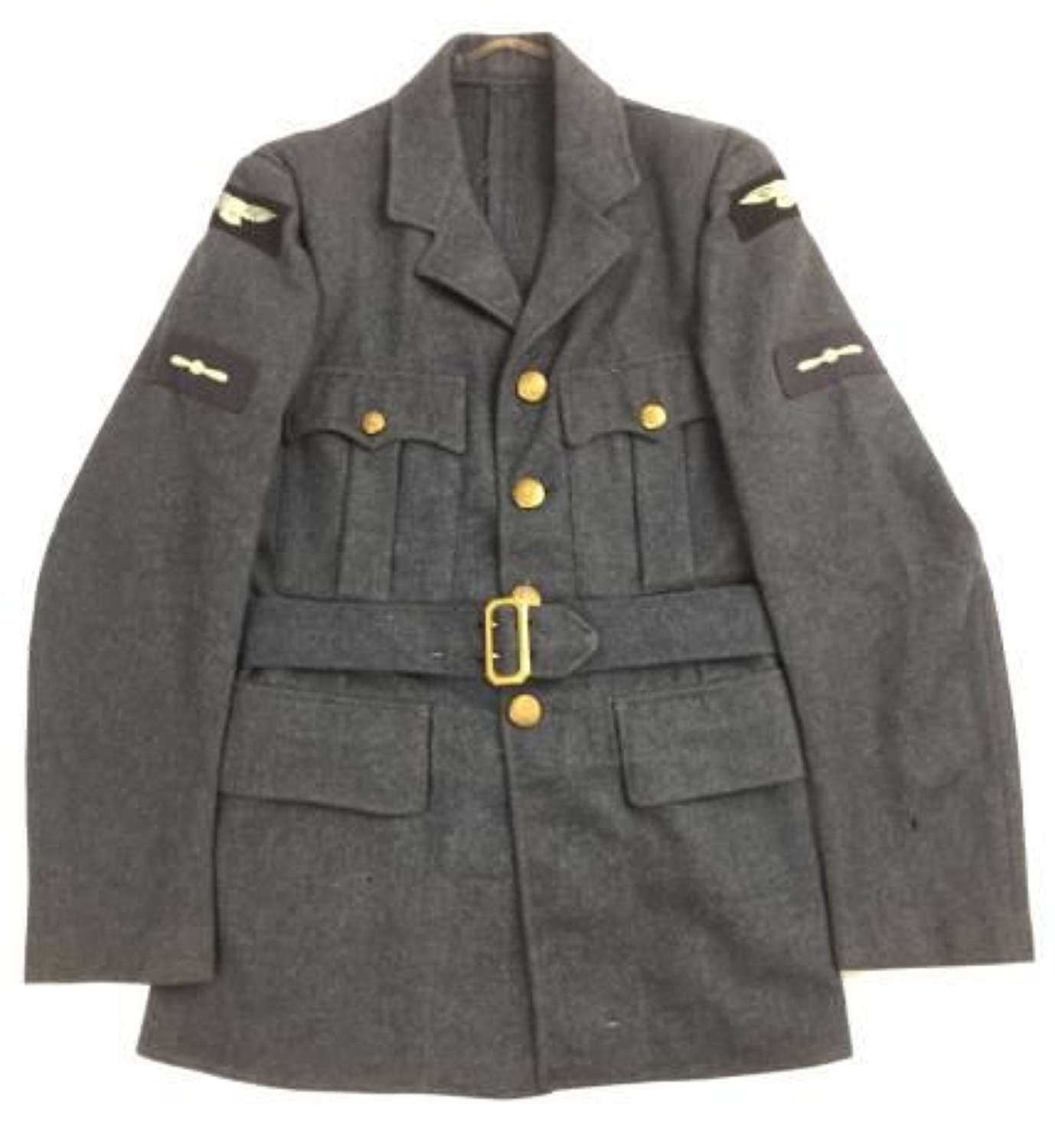 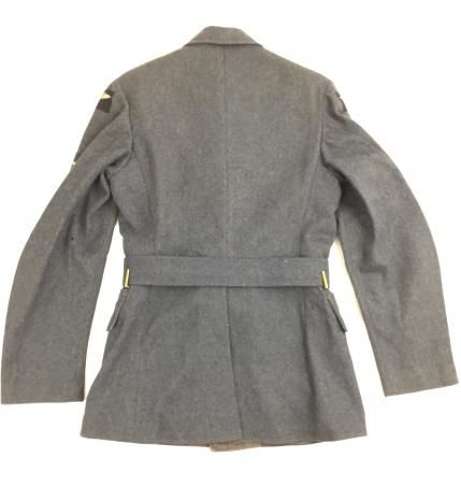 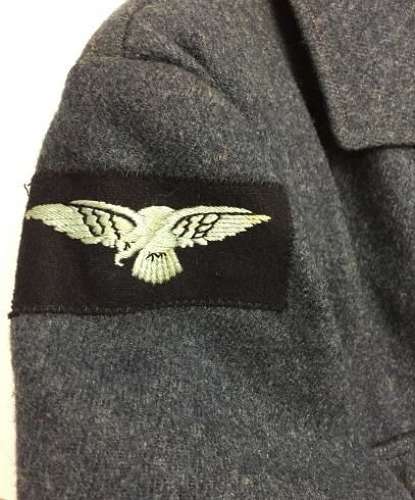 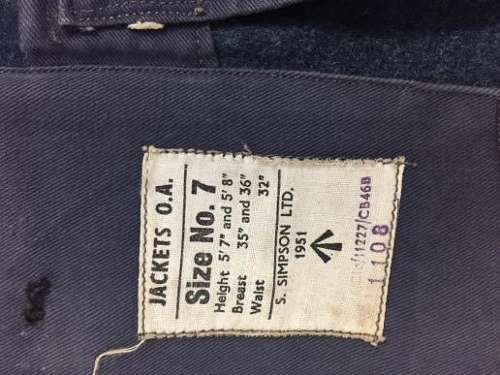 Whilst this tunic is dated 1951 it is identical to those worn throughout the Second World War by all RAF airmen up to the rank of Flight Sergeant as both a working uniform and a walking out uniform.

This particular example comes complete with its original waist belt and brass buckle which are often missing. As well as this it features early pattern albatross insignia to the top of each sleeve as worn in the Battle of Britain making this an ideal display or re-enactment piece for the early war period.

Inside the jacket the original label is still present and states 'Jackets OA, Size No.7' which will fit a 36" chest and a 32" waist well.

Overall, a nice original jacket which would be ideal for a re-enactor or collector interested in the Battle of Britain.