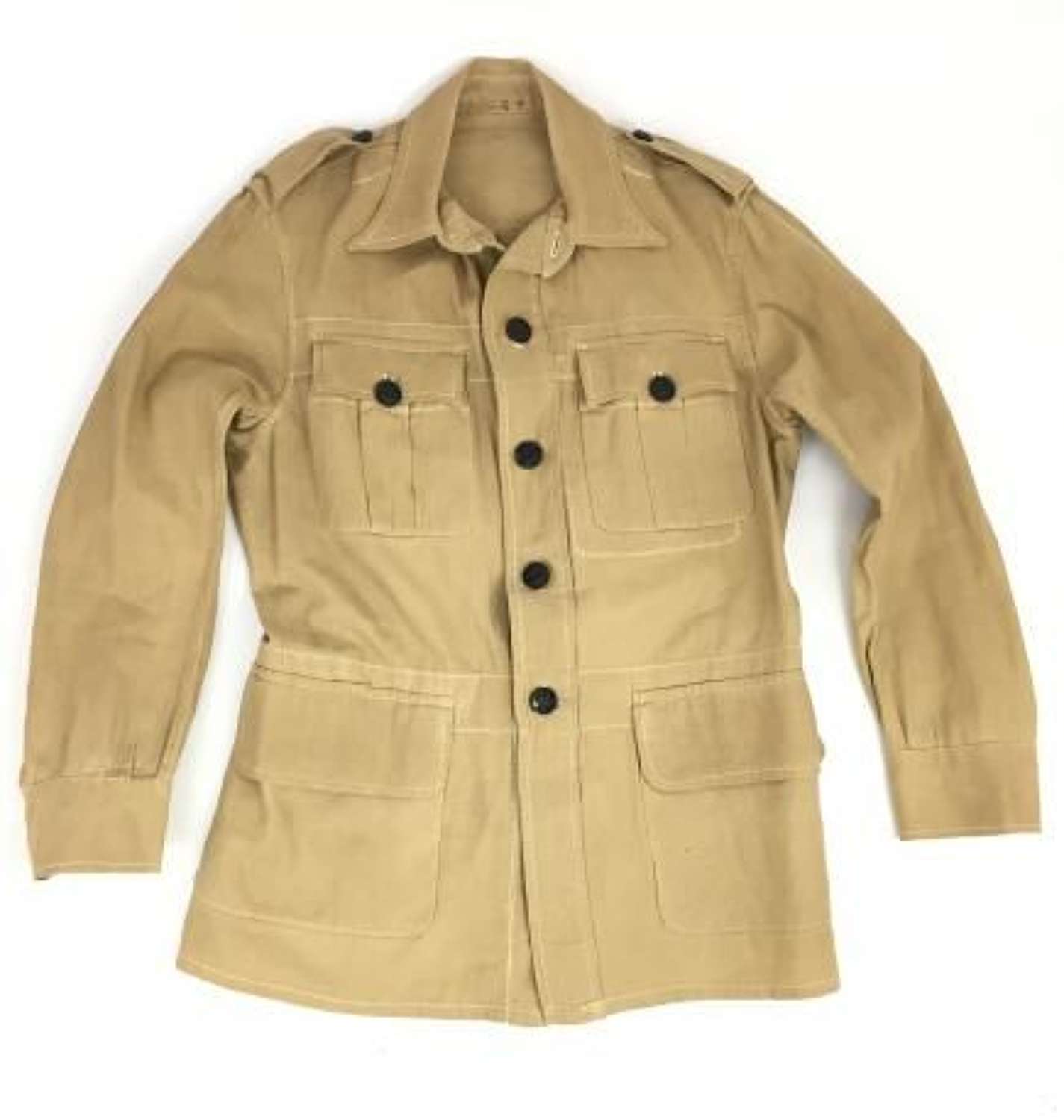 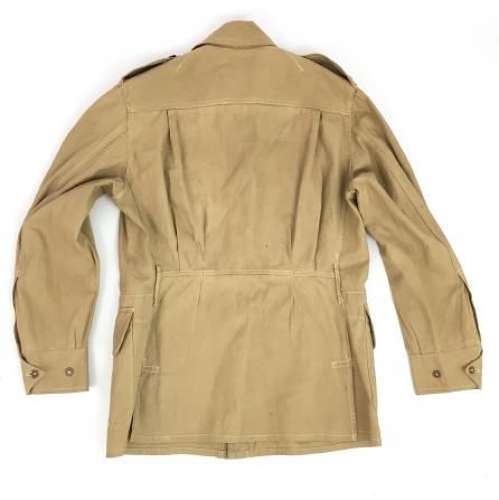 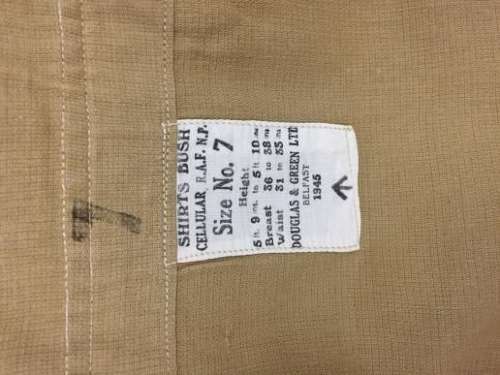 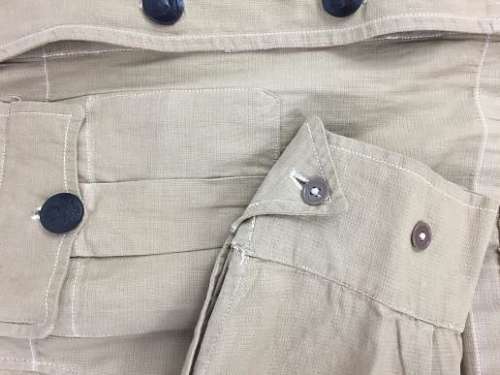 The shirt is made from cellular cotton which is more commonly referred to as 'Airtex' which is a lightweight breathable material favoured by the British forces during the Second World War.

The jacket features the black plastic pattern RAF buttons commonly seen on later war RAF Khaki Drill tunics as well as belt loops. Sadly the belt is missing from the tunic but they were often worn without.

Inside the tunic is the original label which is still very clear. It states RAF NP which stands for 'New Pattern' and the size as 7 which will fit up to a 38" chest.

The overall condition of the tunic is very good as can be seen in the pictures. The tunic has had a small amount of use though having been issued at some point.

This tunic is perfect for an Ordinary Airman or Officer as these were worn by all ranks. There are a two holes pierced in both sides of the collar suggesting perhaps a medical use previously.

A nice original tunic which is clearly war dated. This would be ideal for the collector or Re-enactor alike.