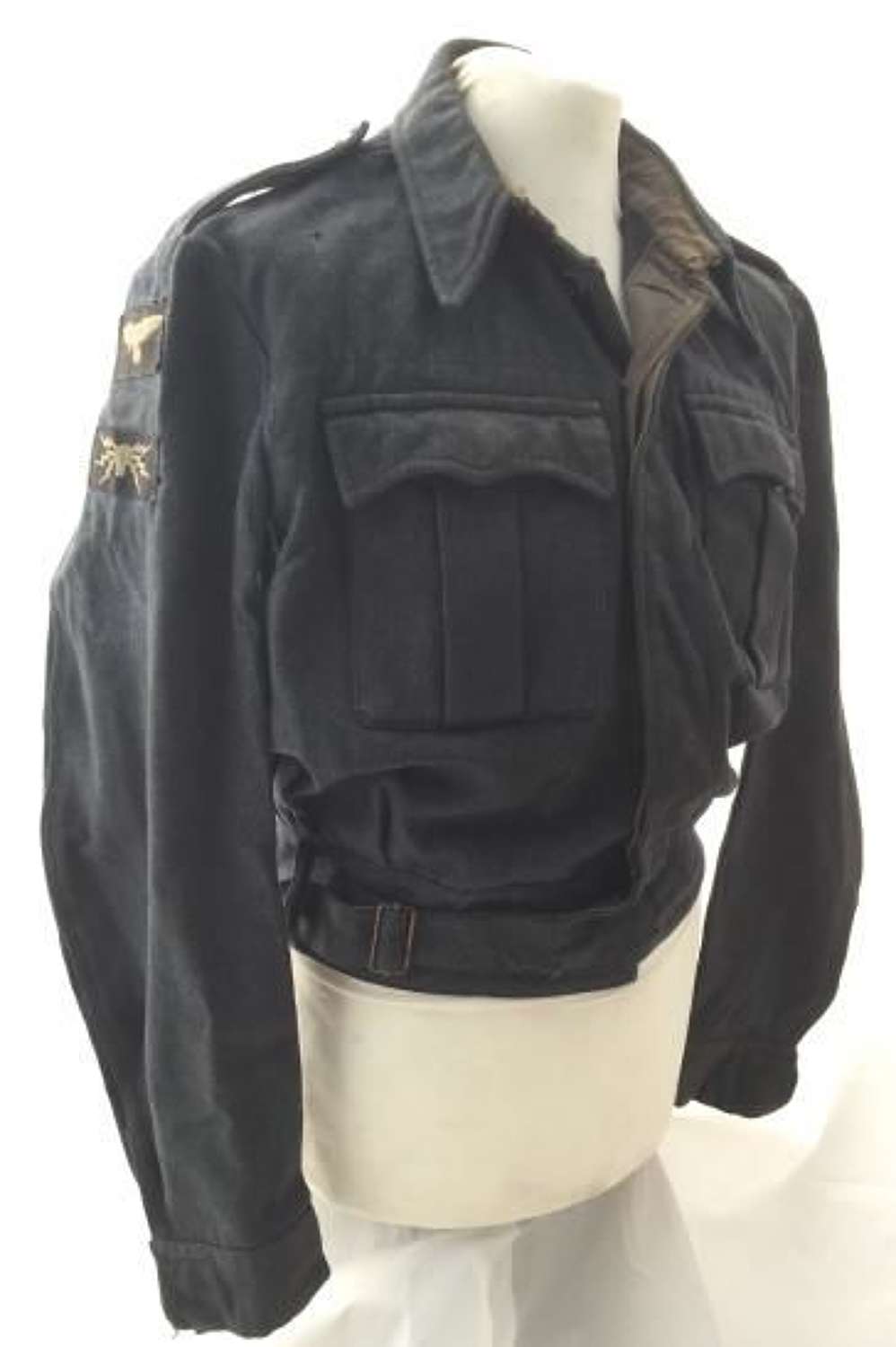 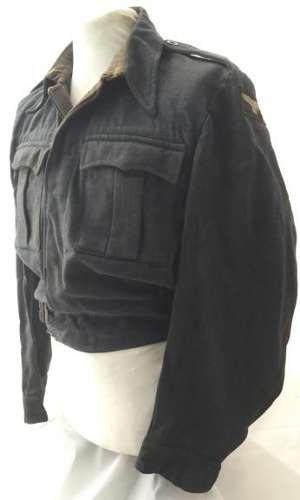 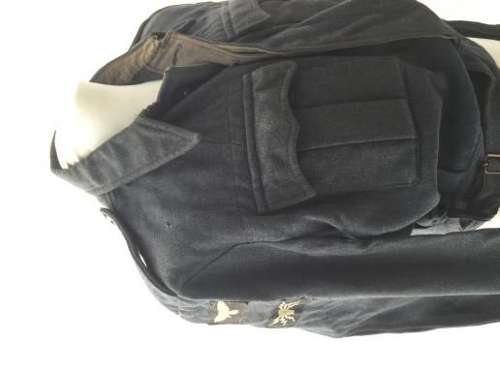 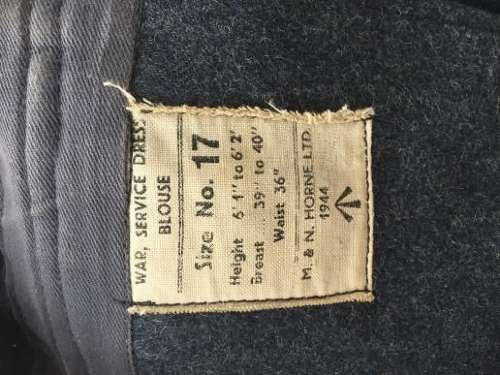 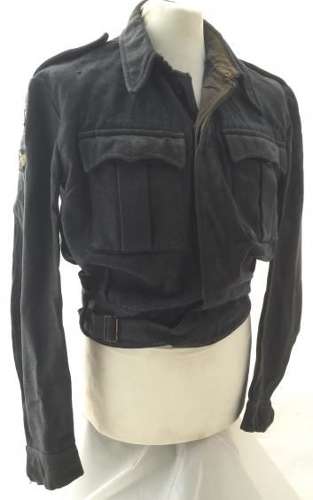 This blouse was standard issue for RAF Aircrews and Ground Crews from 1941 until the end of the Second World War. This particular example still retains its original Insignia and belonged to a wireless operator as there is a trade badge denoting this trade on the right sleeve. On both arms are also two original WW2 printed Albatross badges.

Inside the jacket has a nice clear label which reads 'Size No.17' which will fit someone of 6'2" tall and up to a 40" chest. Original wartime battledress in a generous size such as this is now very rare to find!

The label also has the dated 1944 marked very clearly on the label as well as the maker 'M & N Horne'.

The overall condition of the jacket I would describe as grubby. It has clearly had a lot of use as a working jacket rather than a best jacket. These uniforms were designed for working and were not suppose to be worn off base. As well as this there as some moth holes to the back and the belt is frayed where it has been passed through the buckle multiple times. The condition has been taken into consideration when pricing the jacket.

Overall a nice original war dated RAF jacket in a rare large size which would suit the collector or re-enactor equally well.