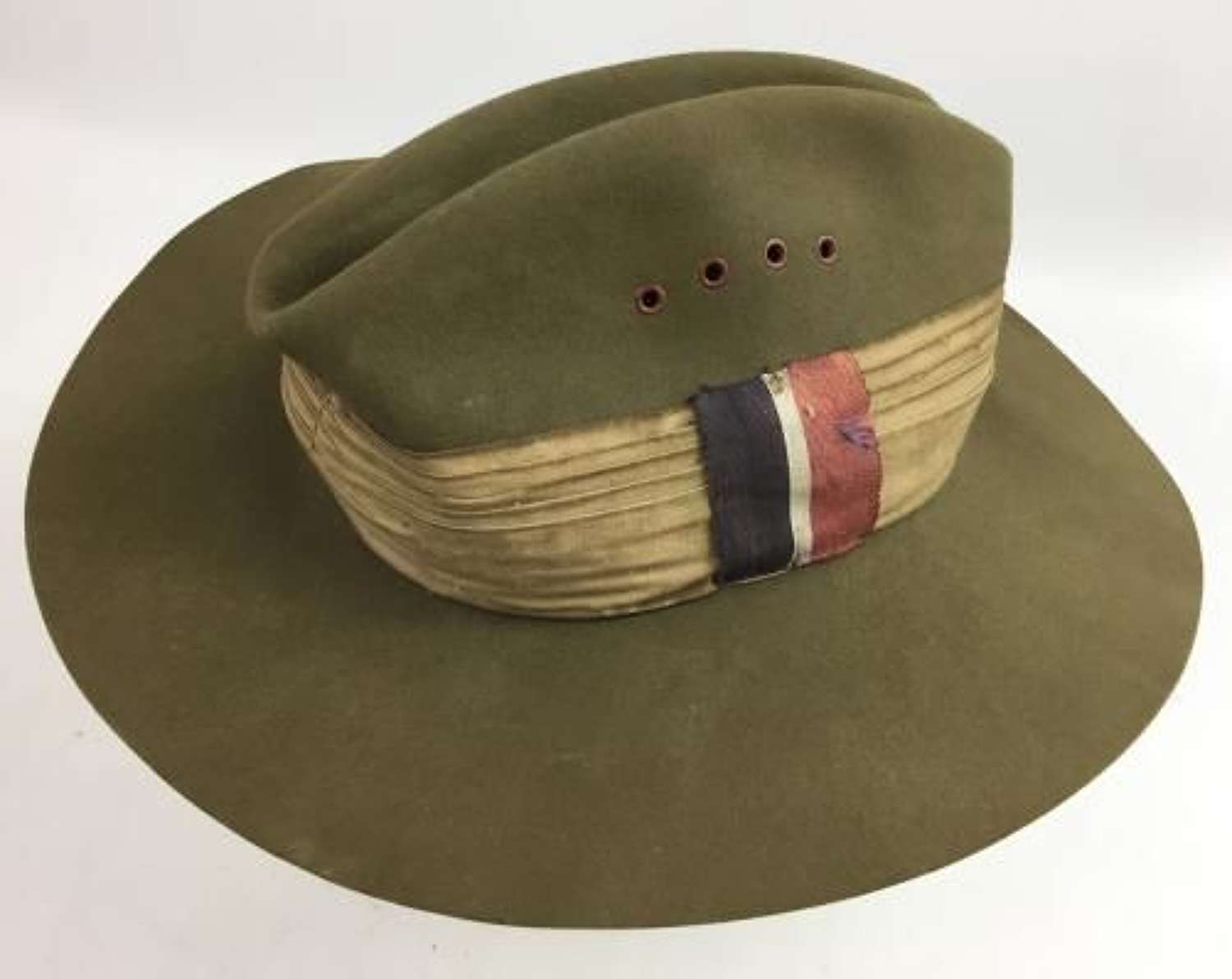 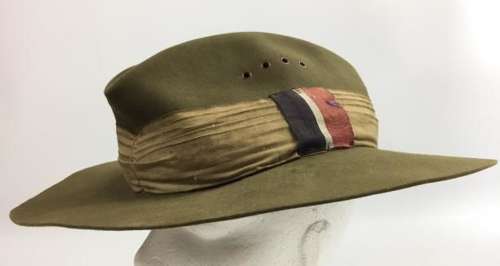 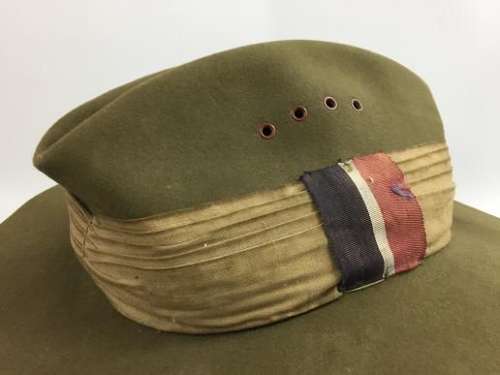 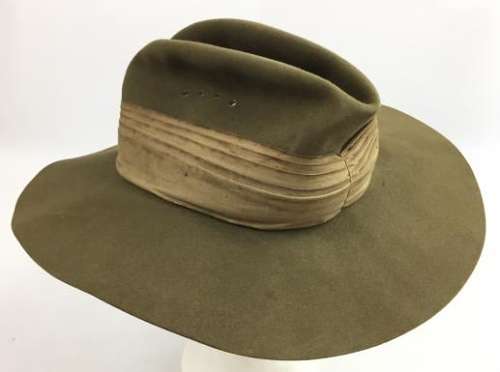 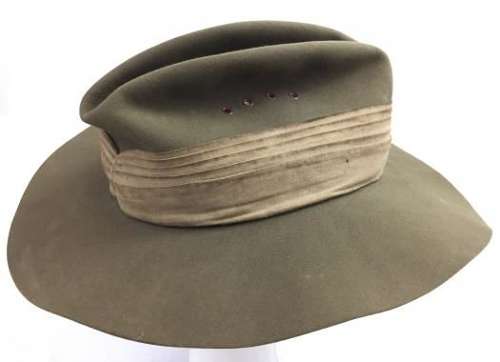 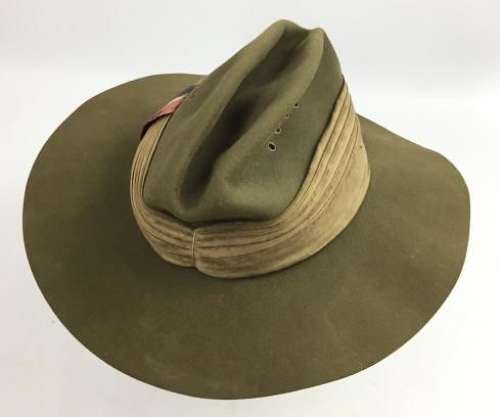 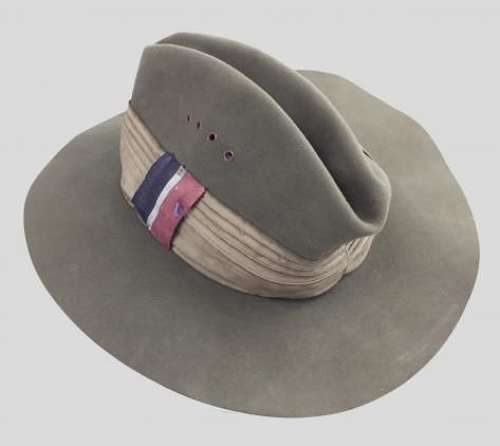 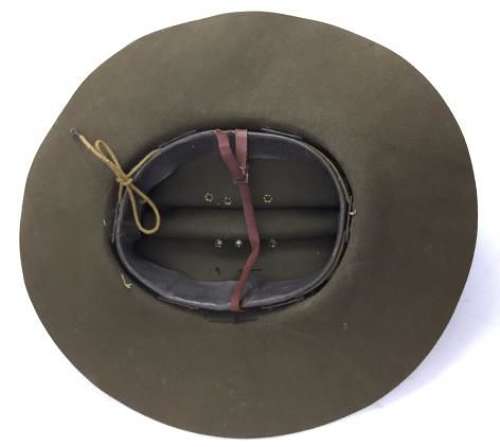 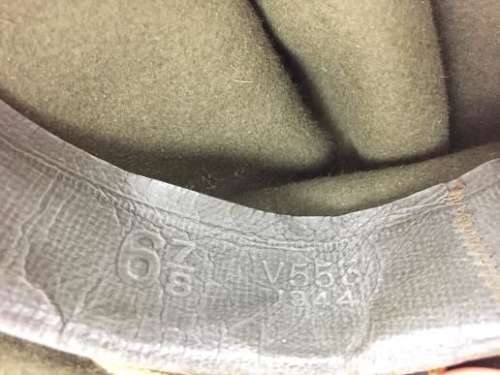 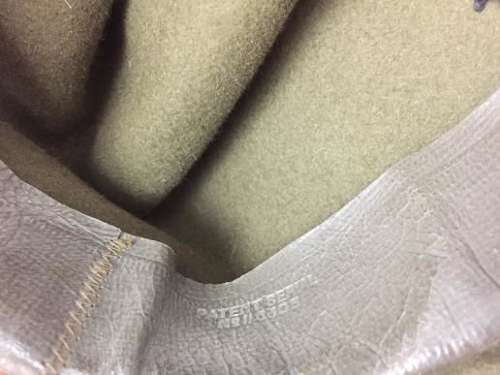 These hats were worn by all ranks of the raf, raaf and similar units in the Far East during the Second World War. This particular example is Australian made which is evident from the marking inside meaning that it could have originally been a royal Australian Air Force hat. However a large number of British troops were also issued with Australian made hats in the Far East so this is also a definite possibility.

The sweatband inside the hat is in good condition and still retains its original factory markings. The 1944 date is clear as is the size - 6 7/8. Part of the leather chin strap has broken in the middle although the two halves will still meet but this makes the strap very short. It would be possible to have it repaired but the hat still displays nicely as it is.

The overall condition of the hat is good as can be seen in the pictures. It has been worn and shows signs of wear and age. Overall however it displays well.