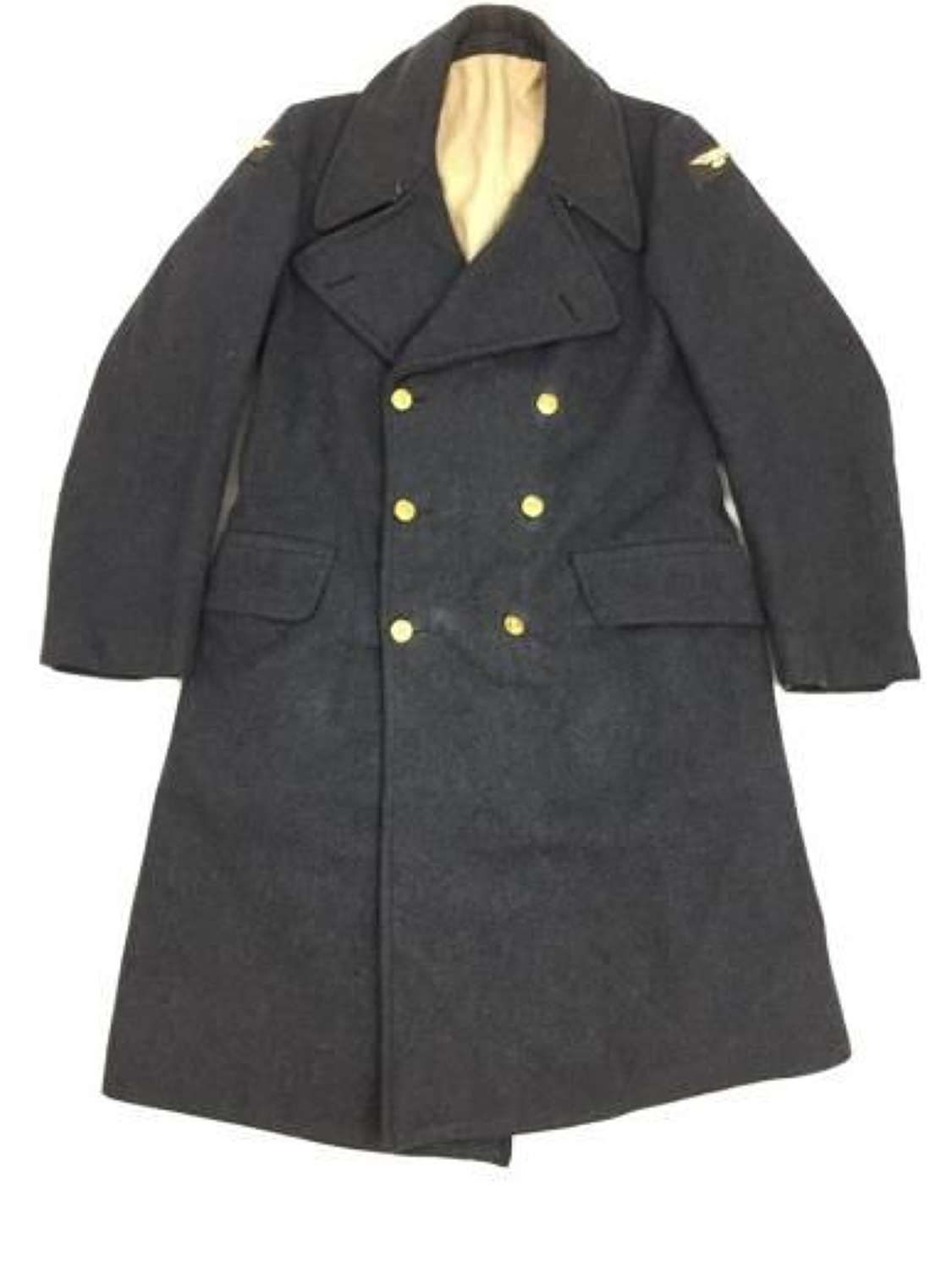 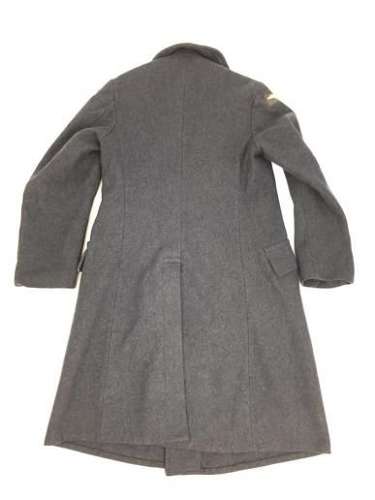 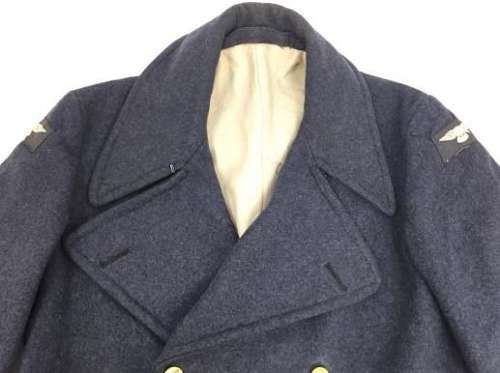 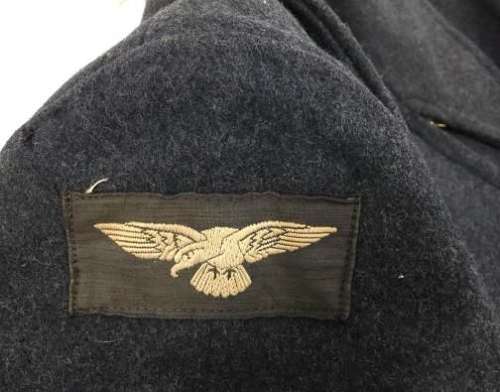 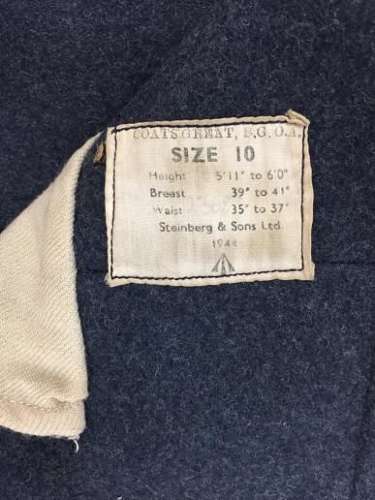 SOLD
A good original example of the RAF Ordinary Airman's Greatcoat in a large size No.10 clearly dated 1944. This came with a number of items all attributed to 3061845 Leading Air Craftsman A.D Maxwell who served in the RAF during the Second World War.

This pattern of greatcoat came into use with the RAF during the 1930s and saw use throughout the Second World War before being replaced by the 'New Pattern' greatcoat in the immediate post-war years.

This greatcoat features the correct number of brass Kings crown buttons and a matched set of wartime semi-embroidered RAF albatross badges are sewn to the top of each sleeve. Above this is an outline of stitching where another badge has previously been affixed. It could be a nationality title but more likely it would be something like RAF Regiment.

Inside the coat features a white blanket lining as well as the original label which states the coat as being a size No. 10 Which will fit up to 61 tall, 41" chest and a 37" waist. The date is clearly marked 1944 on the label.

The overall condition of the Greatcoat is very good indeed and it displays very well. There are a few marks where the brasso from the buttons has rubbed of onto the serge material but these should brush out.

This greatcoat came with the tunic a number of other items attributed to LAC Maxwell which I have currently listed.

All in all, a great example of a wartime RAF OA greatcoat which are becoming increasingly hard to find especially in such a good wearable size. This would compliment any RAF collection or complete a re-enactment uniform nicely.