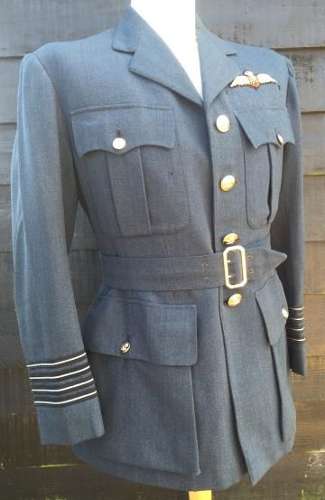 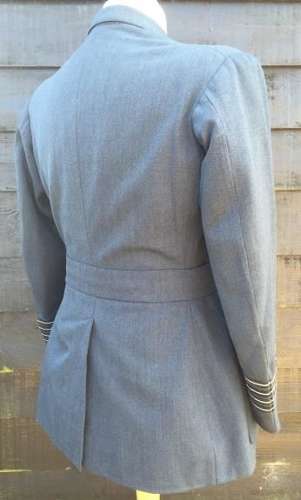 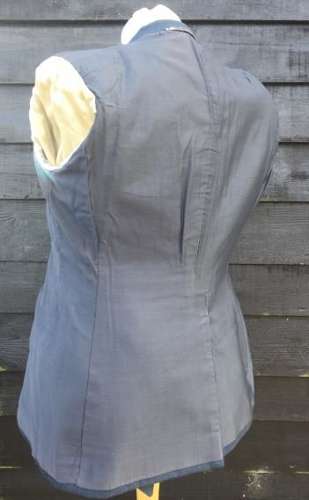 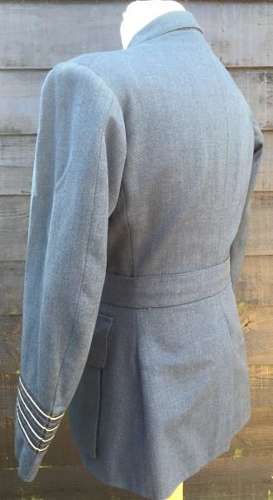 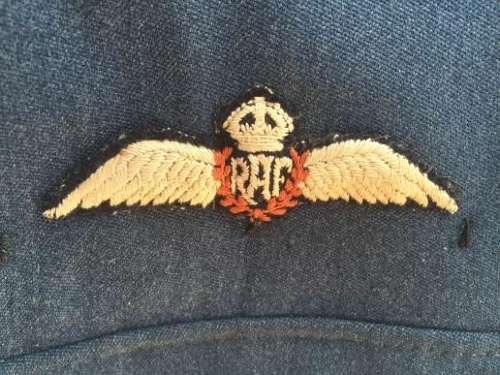 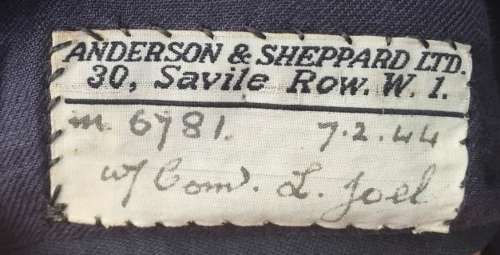 SOLD
This fantastic tunic belonged to Wing Commander Lloyd Joel DFC who served with 55 squadron before moving to No.38 Group where he was specially concerned with SAS and SOE drops prior to D-Day.

The tunic is in fantastic condition and typical of a wartime tailored RAF officers tunic. It was made by Anderson & Shepard Ltd, 30 Saville Row W.1 on the 7th of February 1944. It features the correct wartime 4 button design and sewn in belt as well as kings crown RAF buttons. These are however staybrite as is the waist buckle. So most likely changed post war.

A beautiful set of padded kings crown RAF wings are present above the left chest pocket below which are a number of loops which would have had medal ribbons attached to them at some stage. To see which medals Wing Commander Joel would have worn, please view his post war tropical tunic which stil features its media ribbons.

'Wing Commander Joel served on the staff of No. 38 Group, where he was specially concerned with the Special Air Service operations which dropped agents and saboteurs in Europe. Joel had already completed three tours of operations in the Middle East.'

Not only is this tunic a fantastic example of a wartime RAF officers tunic with a very nice set of wings, it is named to a Wing Commander who was awarded the DFC and involve closely in special operations. This tunic would undoubtedly compliment any RAF or SOE/SAS collection.