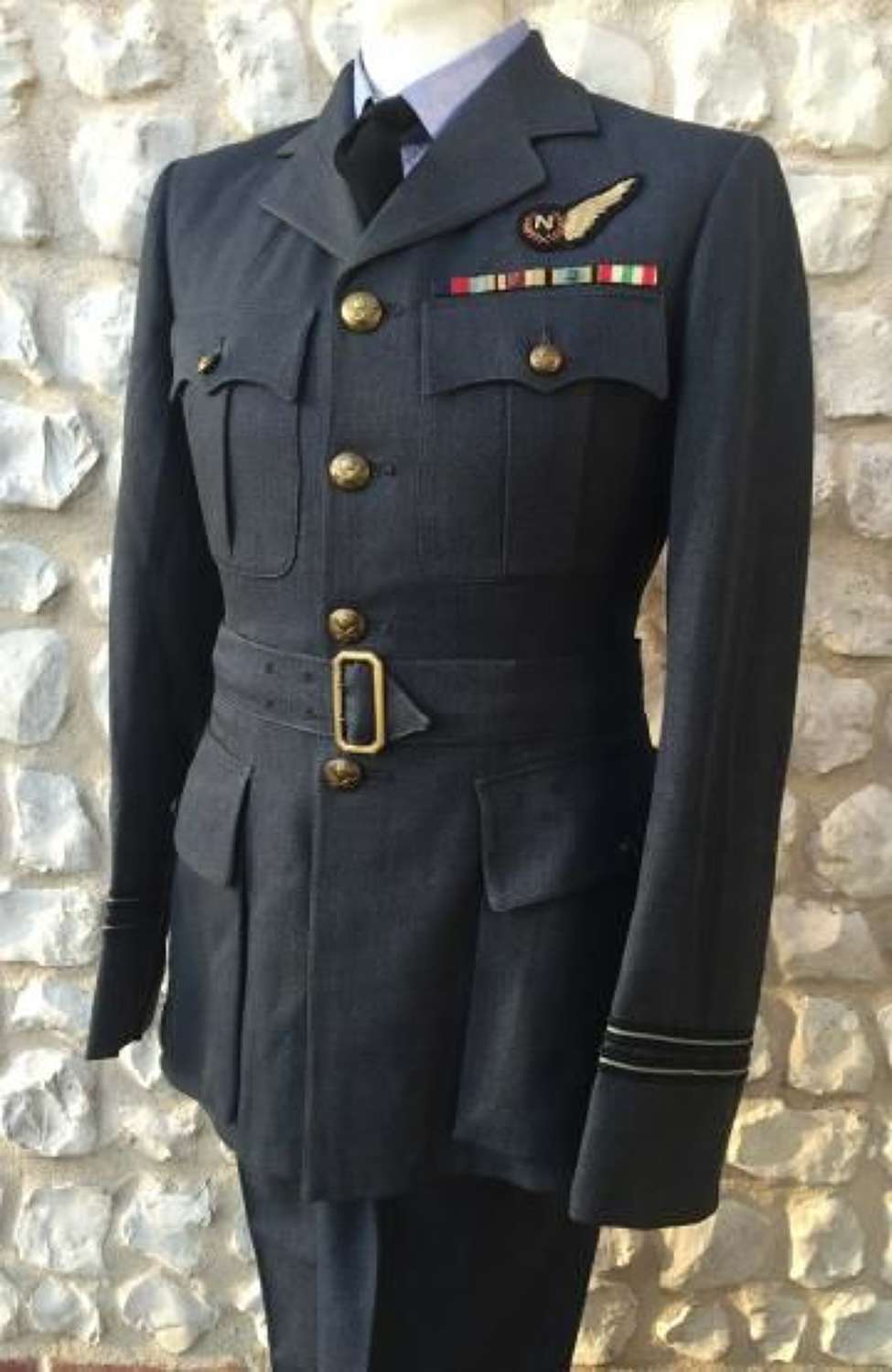 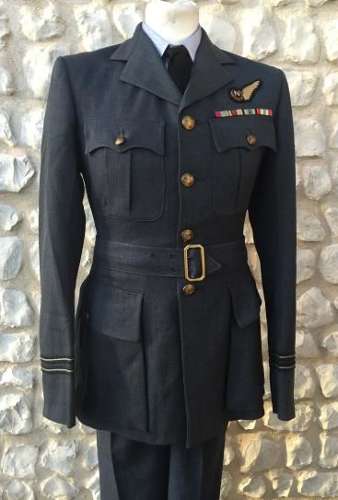 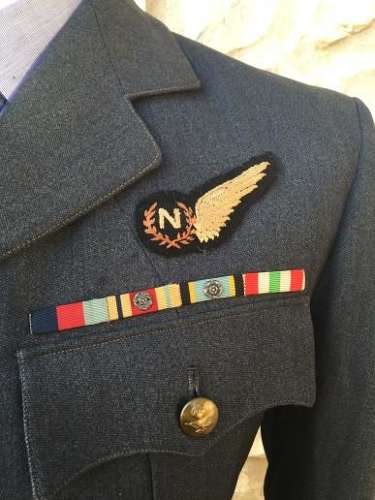 SOLD
A lovely wartime example of an RAF officers service dress named to a navigator and dated 1944.

This set clearly belonged to a tall gentlemen originally as the inside leg of the trousers is very long as is the arm length on the jacket.

Inside the inner pocket is the original tailors label from 'Hawes Bros' of Farringdon, London. The label has the original owners name 'P/O R. P. Stedeford marked in ink as well as the dated, 1944.

The jacket has two rings of rank tape on the sleeve denoting the rank of Flight Lieutenant, so it would appear Stedeman was promoted sometime after this tunic was made in 1944.

The jacket also features a lovely Navigators brevet to the chest which is padded with and embroidered with silk, as was common practice at the time. Below this are Stedeman's original medal ribbons which include; 39-45 Star, Africa Star and clasp, Aircrew Europe Medal and clasp and the Italy Star. Stedeman clear had quite a service career worthy of further research.

The trousers are of a typical British cut featuring a button fly as well as buttons to attach braces to inside the waistband. They also have been cut with a high fishtail back which is really lovely and would look fantastic when worn. The leg is also cut very wide compared to many suits like this I have seen, though this was fashionable at the time.

The overall condition of this set is fantastic to say the least. There are no holes or stains present anywhere as far as I can see. There is some fading and signs of service wear, but nothing that isn't to be expected from a set of this age.

A fantastic set of Service Dress with interesting history and nice original insignia. The original owner clearly had quite a service career which would be make for interesting research.