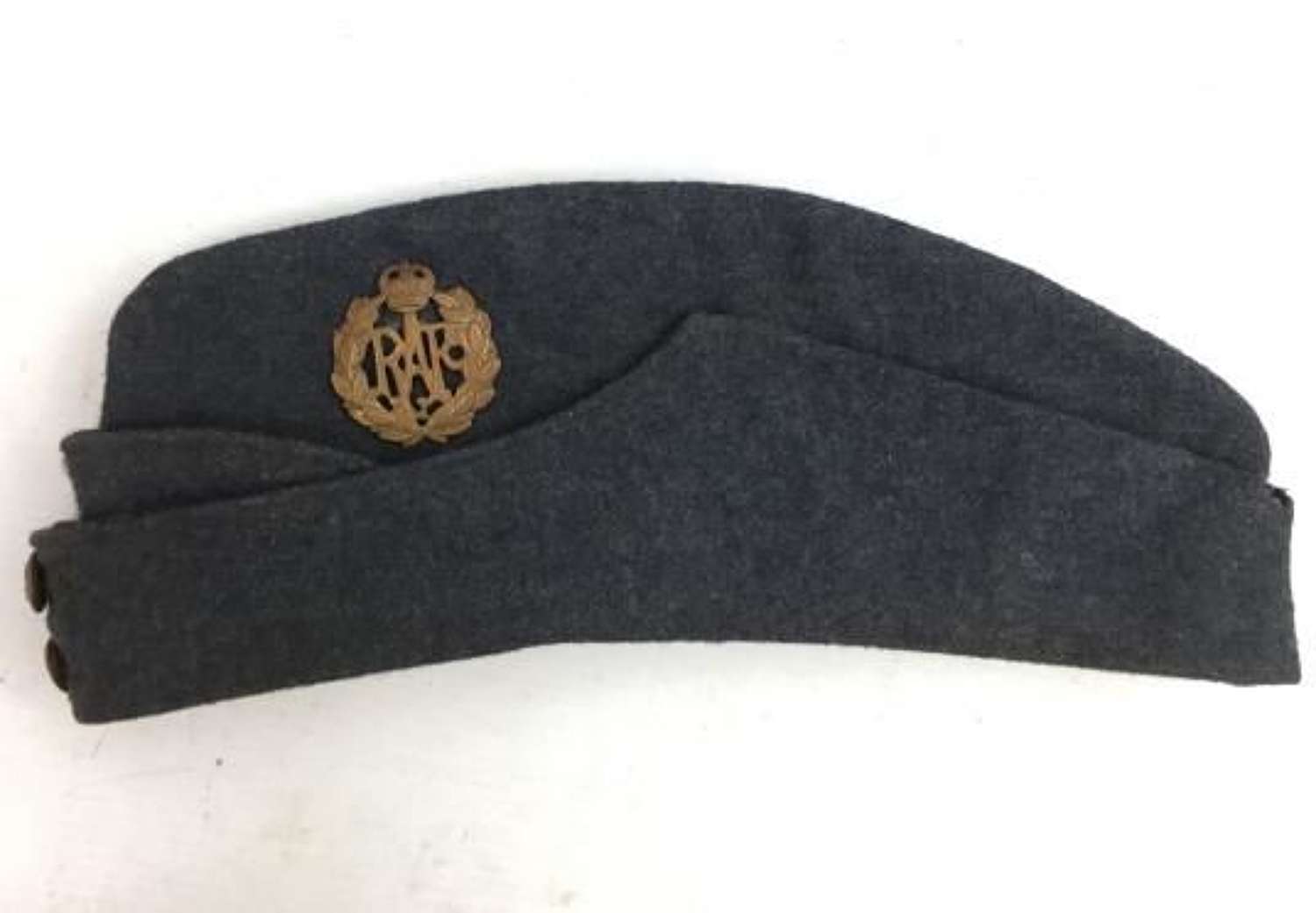 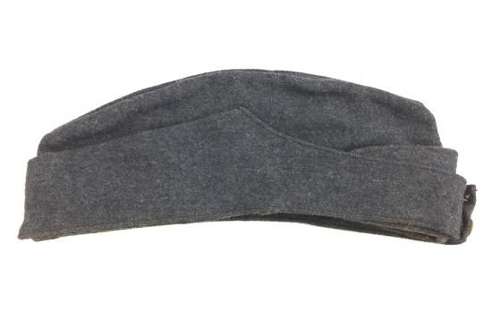 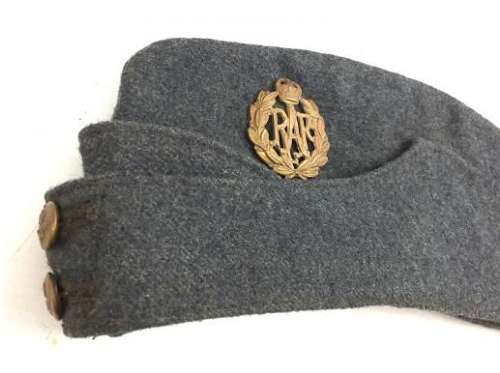 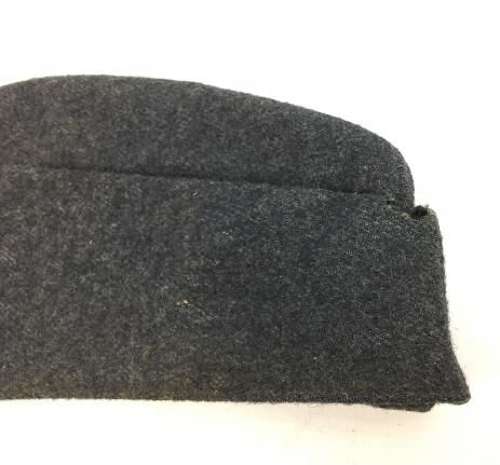 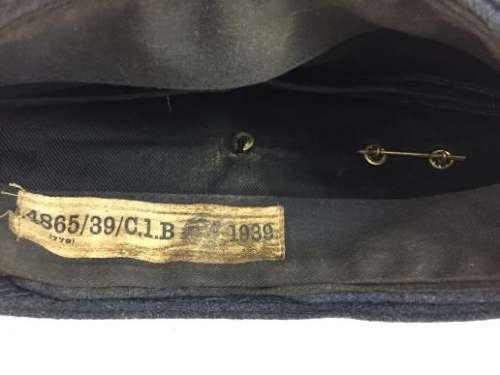 These caps came into issue with the RAF shortly before the Second World War and were worn by all airman of the rank of Flight Sergeant and below. It is now an iconic piece of wartime raf clothing synonymous with both Sergeant Aircrew and ground crew alike.

This particular example is special as it has a very clear and early 1939 date inside meaning it quite possibly saw use during the Battle of Britain and possibly even the battle of France. Sadly there is no way of proving this but it is however a rare early example.

The cap has clearly been issued and has seen some use. The interior is a little dirty but good overall. The orignal label is still present and bares the 1939 contract number as well as the 1939 date. The exterior of the cap is good with an original brass kings crown RAF cap badge and two brass RAF buttons are found at the front of the cap. There is a small amount of damage to the rear of the cap which I have included a photograph of.

Overall a nice example of an RAF OA forage cap with a rare early date which would undoubtedly compliment any Battle of Britain collection.