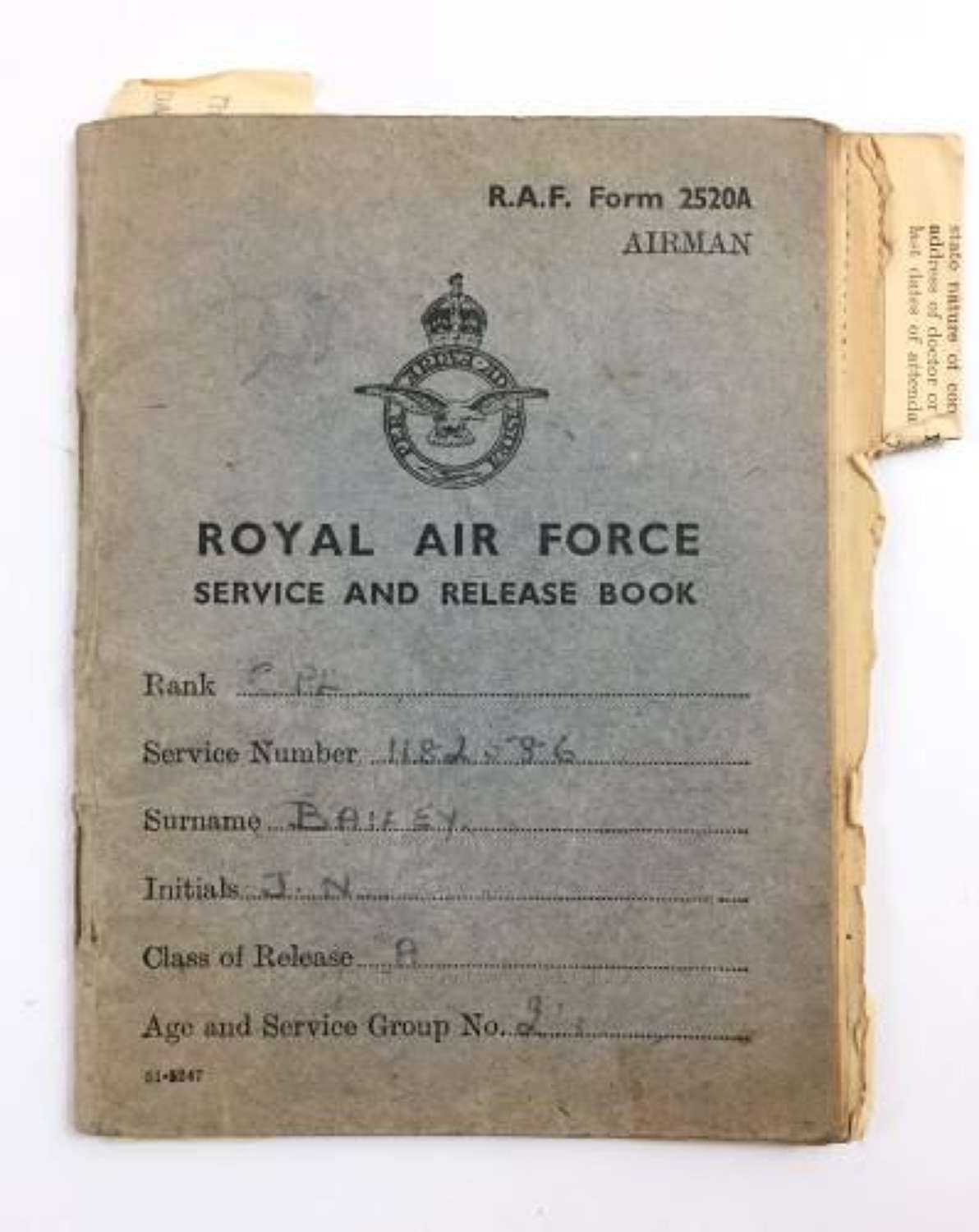 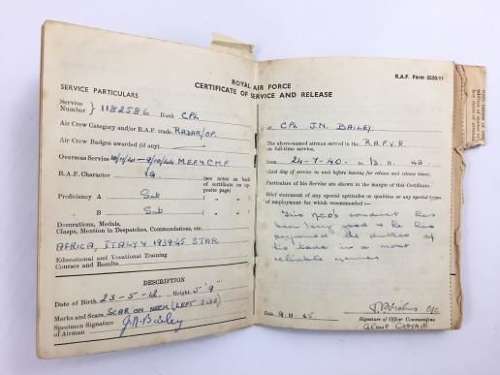 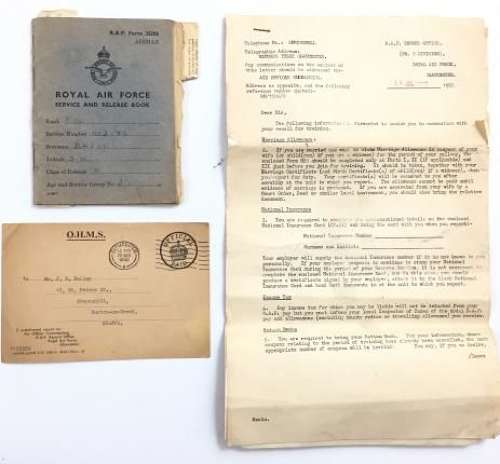 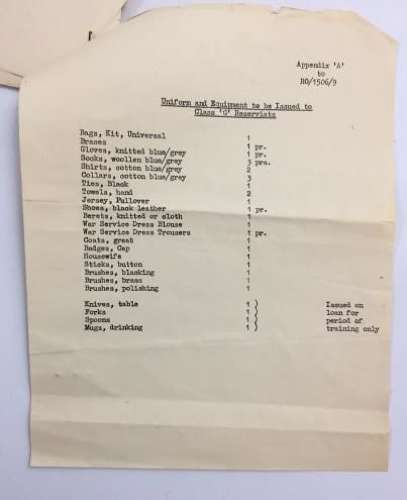 SOLD
An original RAF Service and Release book named to 1182586 Cpl J.N. Bailey along with some extra pieces of paperwork relating to his career in the RAF as a Radar Operator.

This RAF Form 2520A was issued to J.N. Bailey when he signed up the RAF on the 24th of July 1940, just in time for the Battle of Britain! Inside it details various things about his RAF career including that he was stationed overseas (North Africa and Italy) from 1941 until 1944 and that he was later Demobed on the 13th of November 1945.

Two other pieces of paperwork came with this item and are included with it. They are an official O.H.M.S envelope and the letter sent to Bailey when he was recalled in 1952 which includes and interesting list of what kit he is to have.

Altogether a nice paperwork grouping which relates to a number of other items I currently have listed.