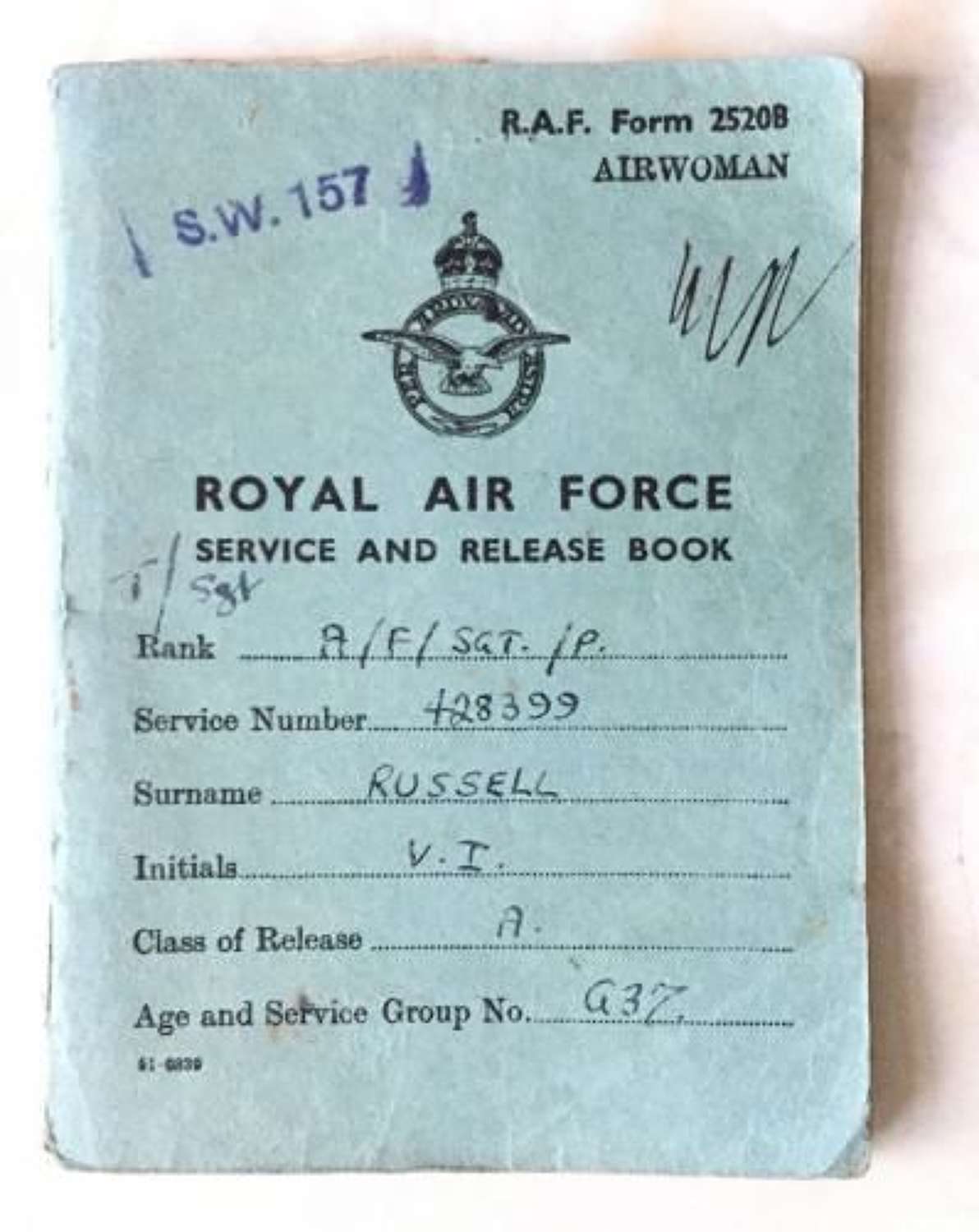 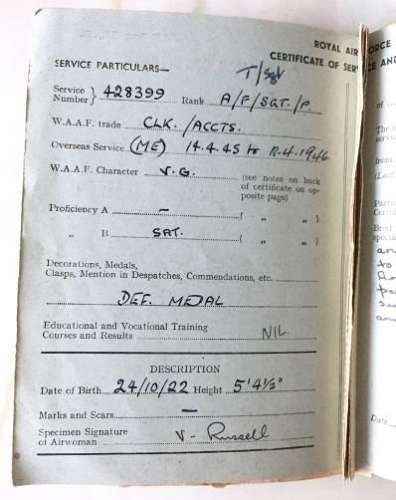 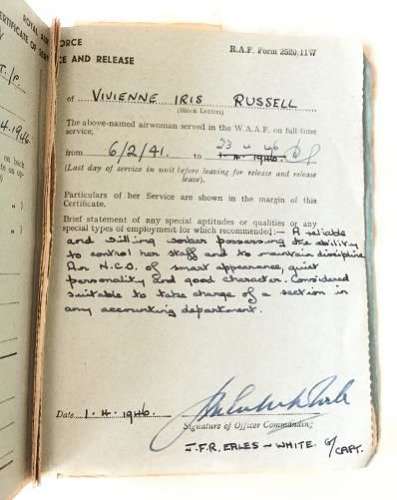 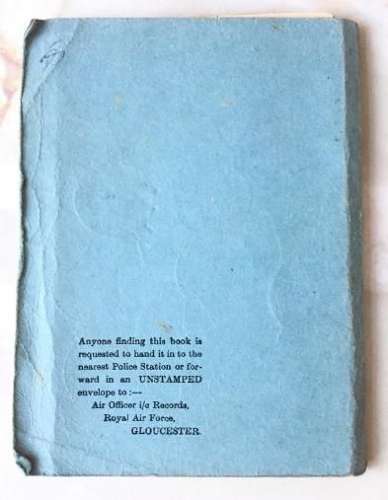 An original Second World War 'R.A.F Form 2520B AIRWOMAN', often referred to as a pay book, with interesting wartime history.

This book is named to 428399 A/F/ SGT./P. Vivienne Iris Russel who was born in 1922 and joined the WAAF in 1941 and served until 1946. According to the information recorded she had a stint of service in the Middle East in 1945 and was a clerk in an accounting department.

Altogether a nice original WAAF item that doesn't come up to often which could be researched further.