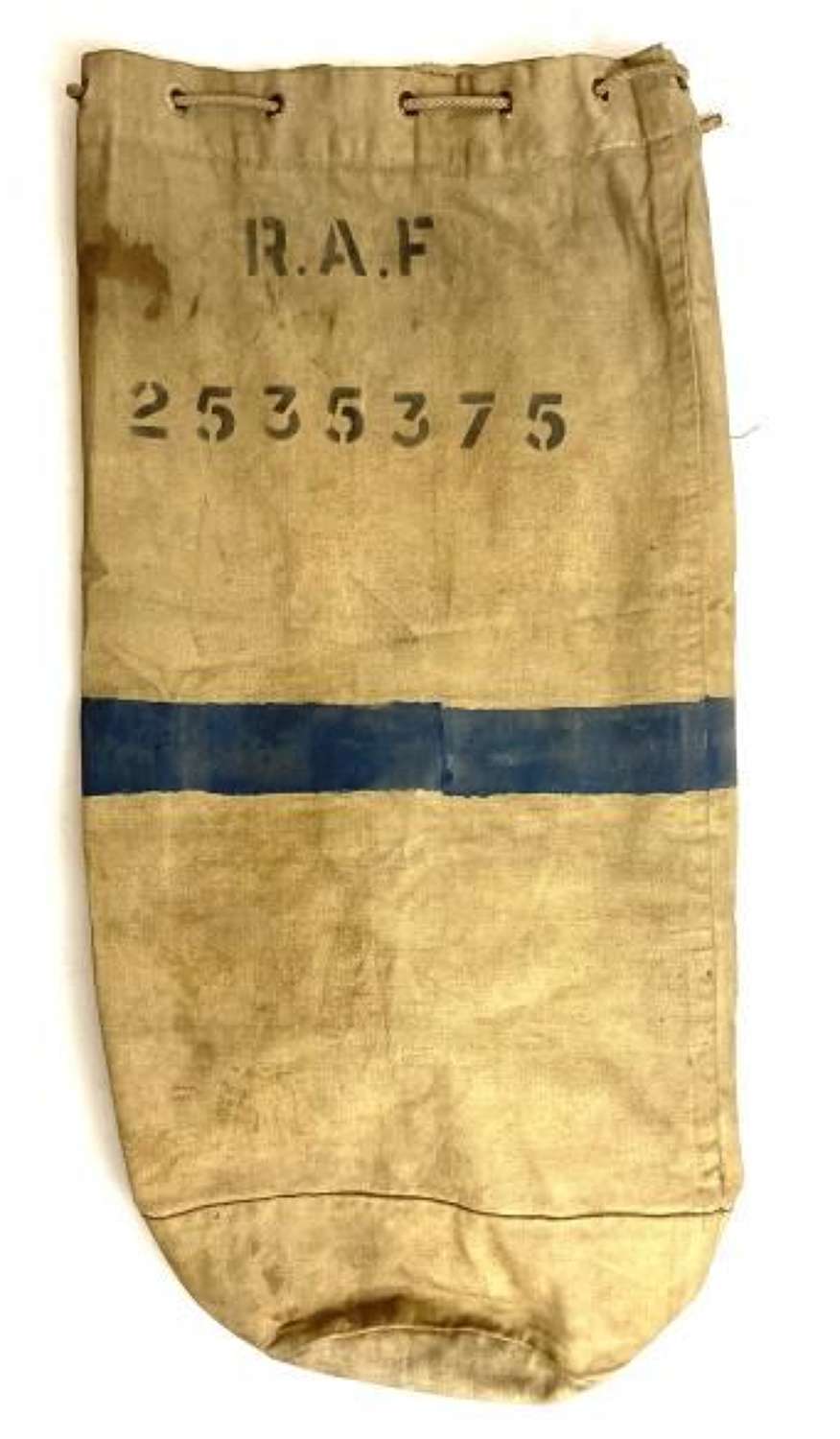 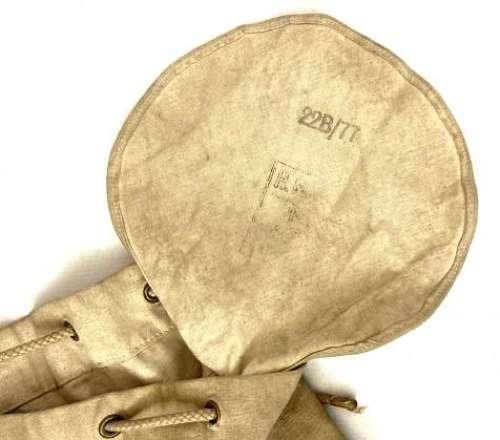 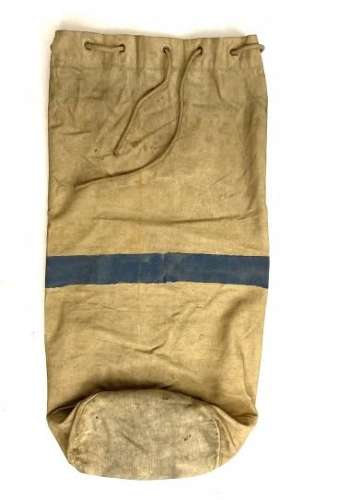 An original RAF Airman's white kit bag dating from around the time of the Second World War.

This pattern of kit bag was used throughout the Second World War and into the post-war years. This example does have the usual black ink stamp to the inside of the flap but sadly it is no longer legible, meaning it is impossible to date the bag exactly. It is the correct pattern and construction for WW2 issue none-the-less.

The exterior of the bag features the blue band to the centre often found on RAF issue kit bags. It also features the airman's number and the letters 'R.A.F.'

The bag is in good used condition and importantly it comes complete with it's original rope drawstring which fastens at the top of the bag.

A good original RAF kit bag which would be ideal for both the re-enactor and collector.