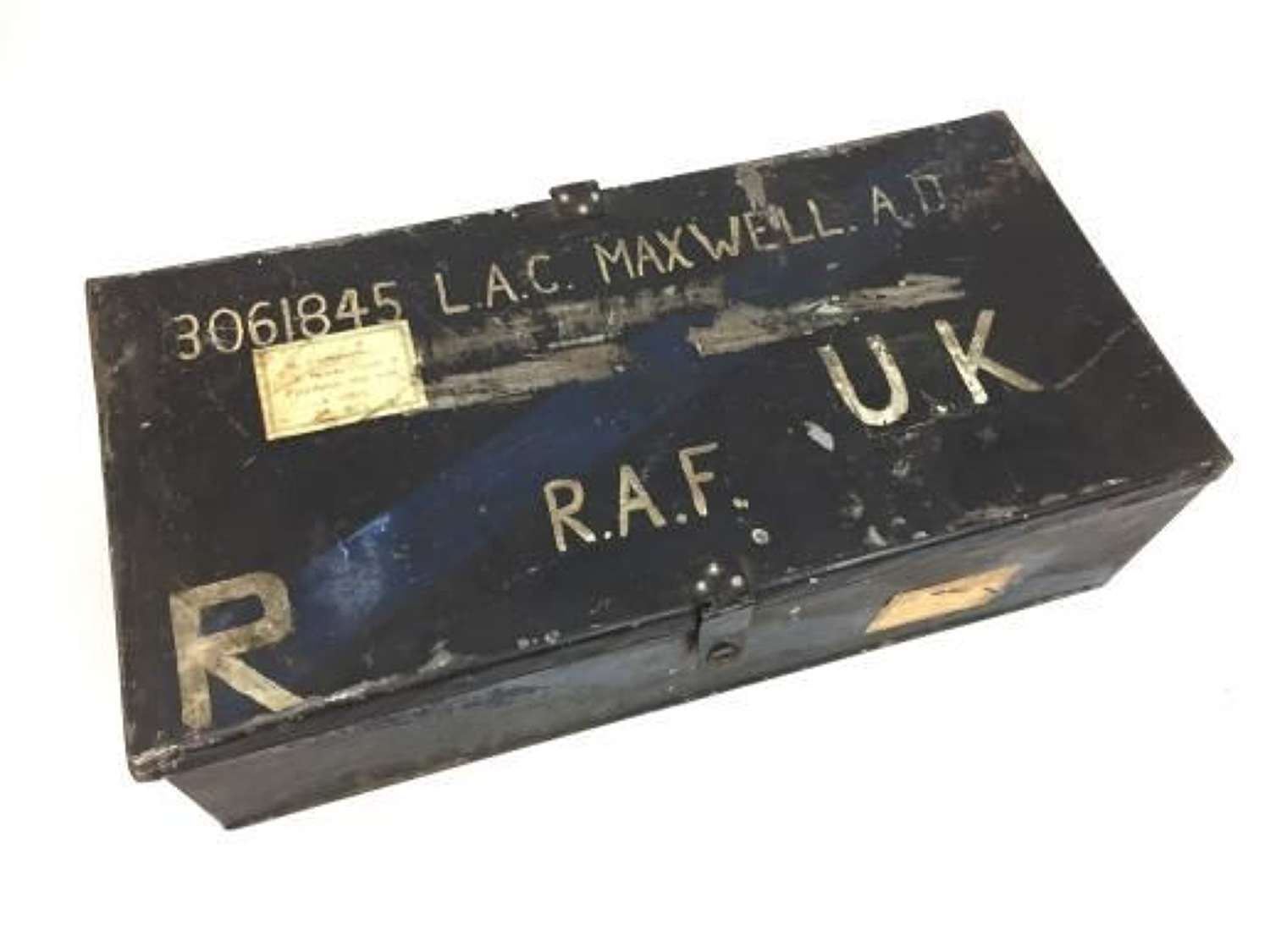 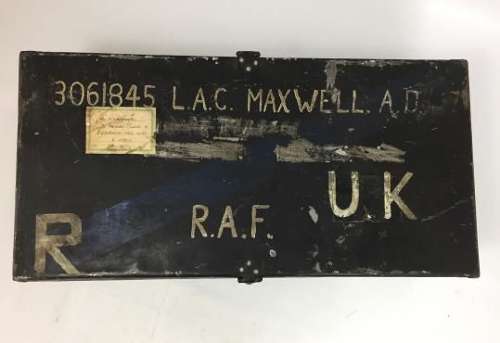 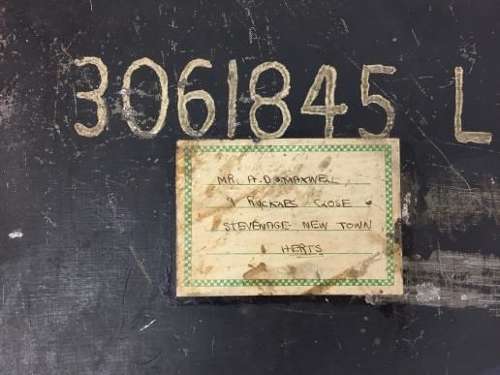 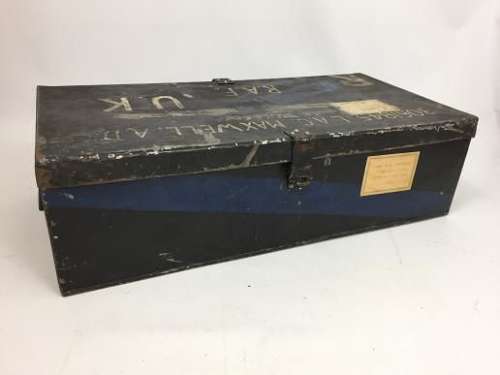 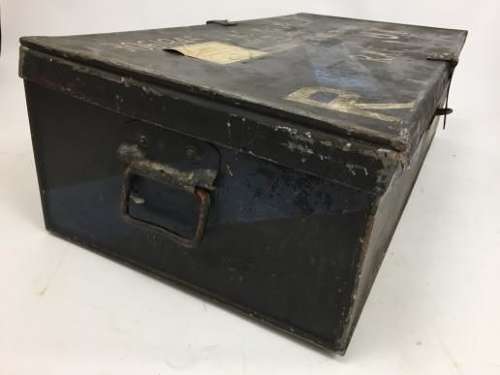 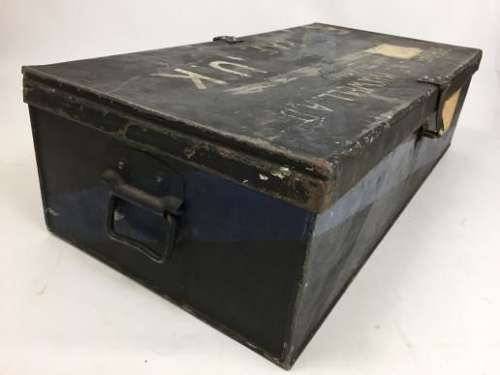 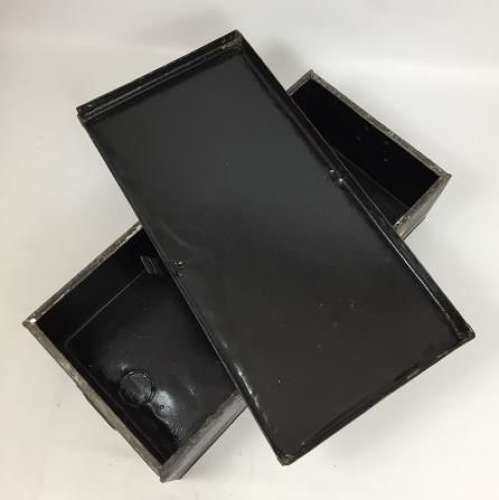 This trunk was found with LAC Maxwell’s uniform inside and has clearly been used to store it since the Second World War. It clearly saw use during the war having had the original painted address removed and his new address added in paper to various parts of the trunk.

The trunk is made of metal which has been painted black both inside and out. A large blue diagonal stripe has been added as well as the owners details. The lid of the trunk is detachable and secured by two catches, one on each side of the trunk. Sadly one of these has broken at some point meaning the trunk can no longer be locked. It can however still be shut properly and displays nicely.

Overall a nice original item that would make a great display piece or could be used to keep your RAF collection inside of!