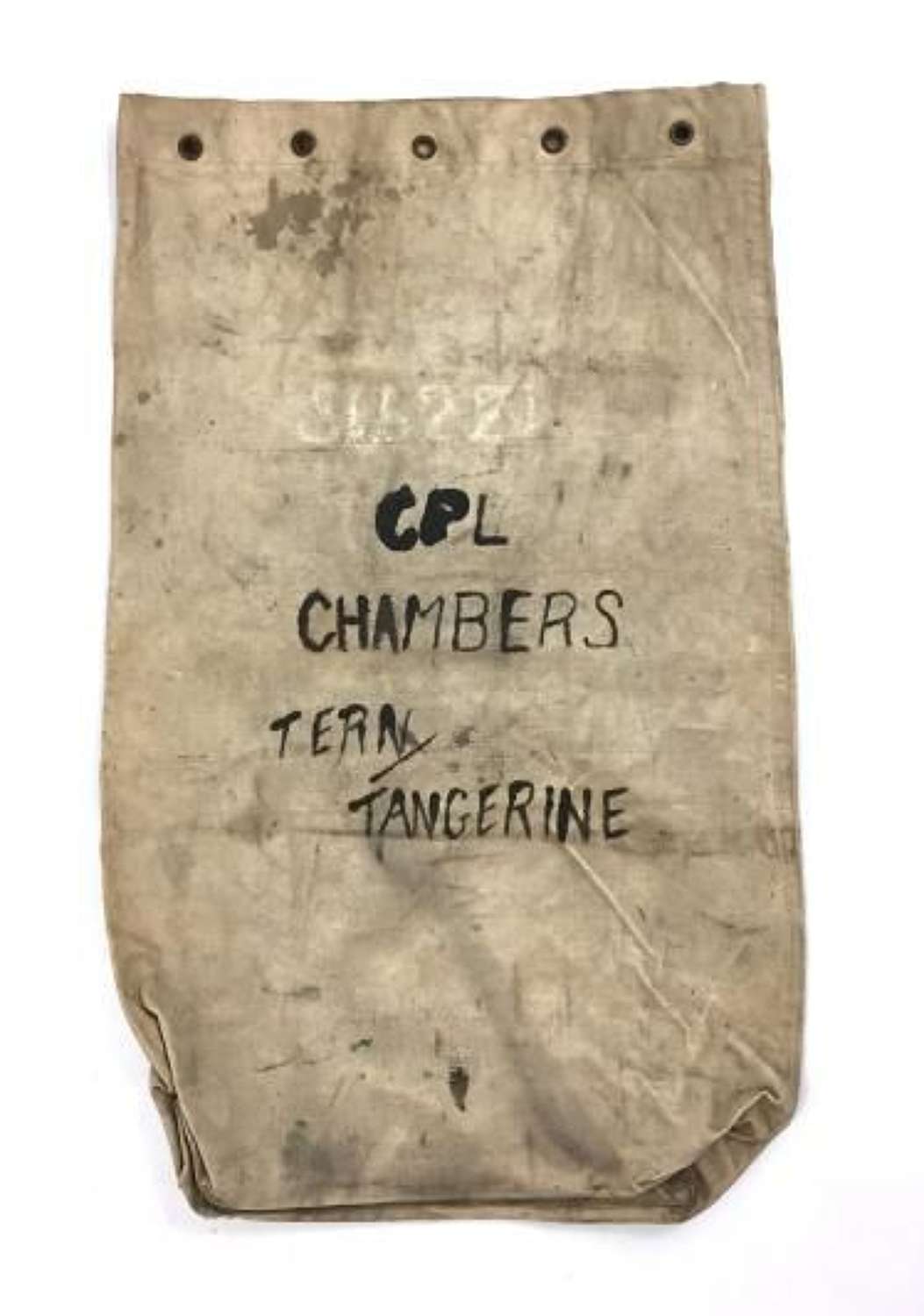 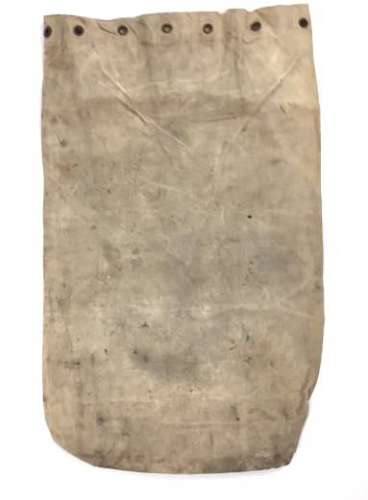 An original RAF Kit bag dating from the Second World War and which originally belonged to Sgt Chambers.

This bag is devoid of any makers marks or dates but came with a number of other kit bags all named to the same man. All the other bags bare WW2 dates so I have no doubt that this is also of the same period.

The bag is slightly smaller than the standard kit bags more commonly seen and doesn't feature the inner flap. It does however feature brass eyelets like the standard examples.

The front of the bag features the original owners name 'Cpl Chambers' as well as the words 'Tern, Tangerine'. A service number can also faintly be seen above the owners name.

The overall condition of the bag is grubby and used as can be seen in the photographs.