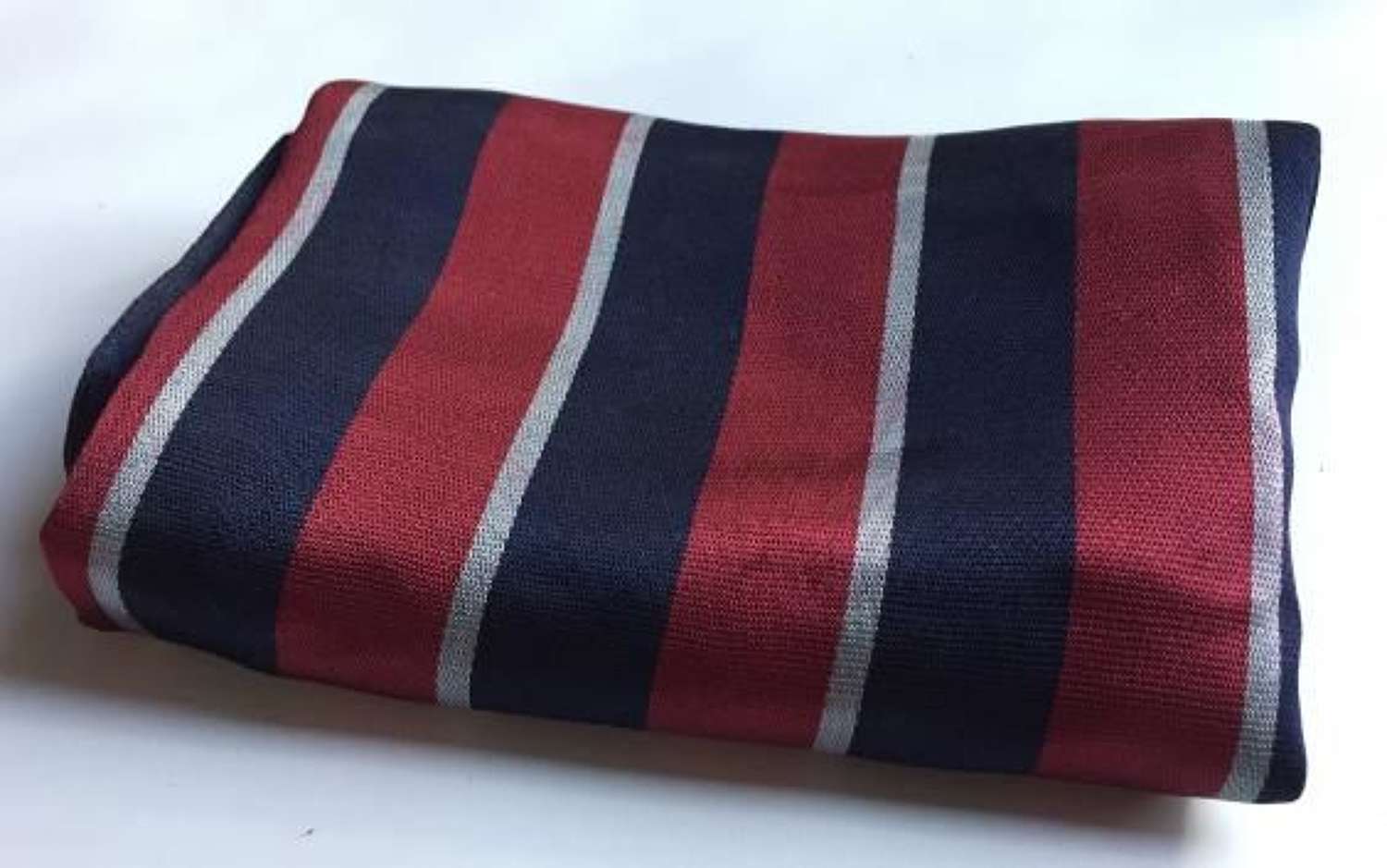 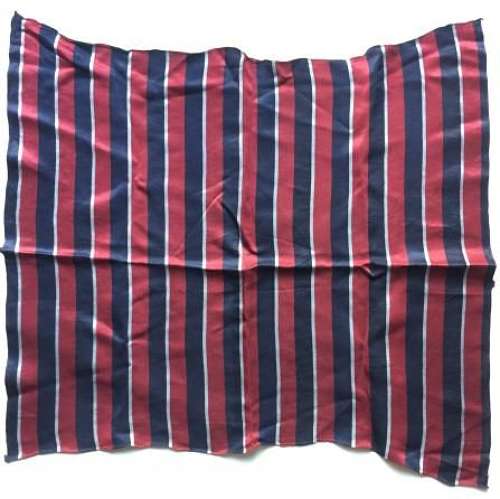 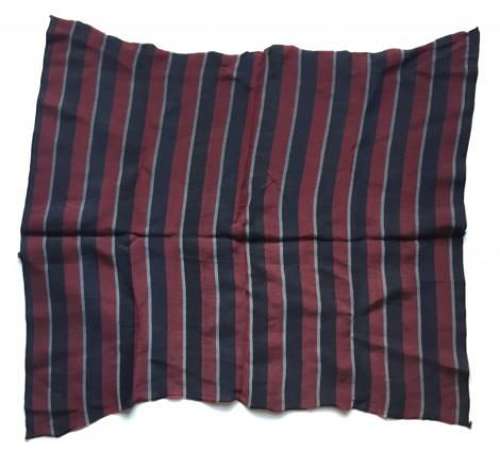 SOLD
A beautiful original WW2 period RAF rayon scarf as worn by aircrew throughout the conflict.

This type of scarf is now synonymous with the Fighter Pilots of the Battle of Britain who wore them for flying. This particular example is made from a rayon fabric which was very the fabric of choice for this style of scarf after silk, and probably more common to find than silk.

The material and construction of the scarf are all correct for the 1940s but as there are no labels or similar I can't prove the exact age of the scarf. It is possible that it is pre-war as these scarfs were popular at the point but it may also be post-war. If it is the later, it can't be much later as man made fabrics like terylene became popular and replaced this type of scarf in the 1950s.

The scarf is made up from the RAF colours of red, white and navy blue which are all still a full and deep shade.

The scarf is in excellent condition as can be seen in the pictures and it displays very well. It would look excellent on a mannequin or could be used for Re-enactment purposes.

A truly beautiful original scarf which has survived the passage of time incredibly well. This would be a splendid addition to any RAF collection without s dout.