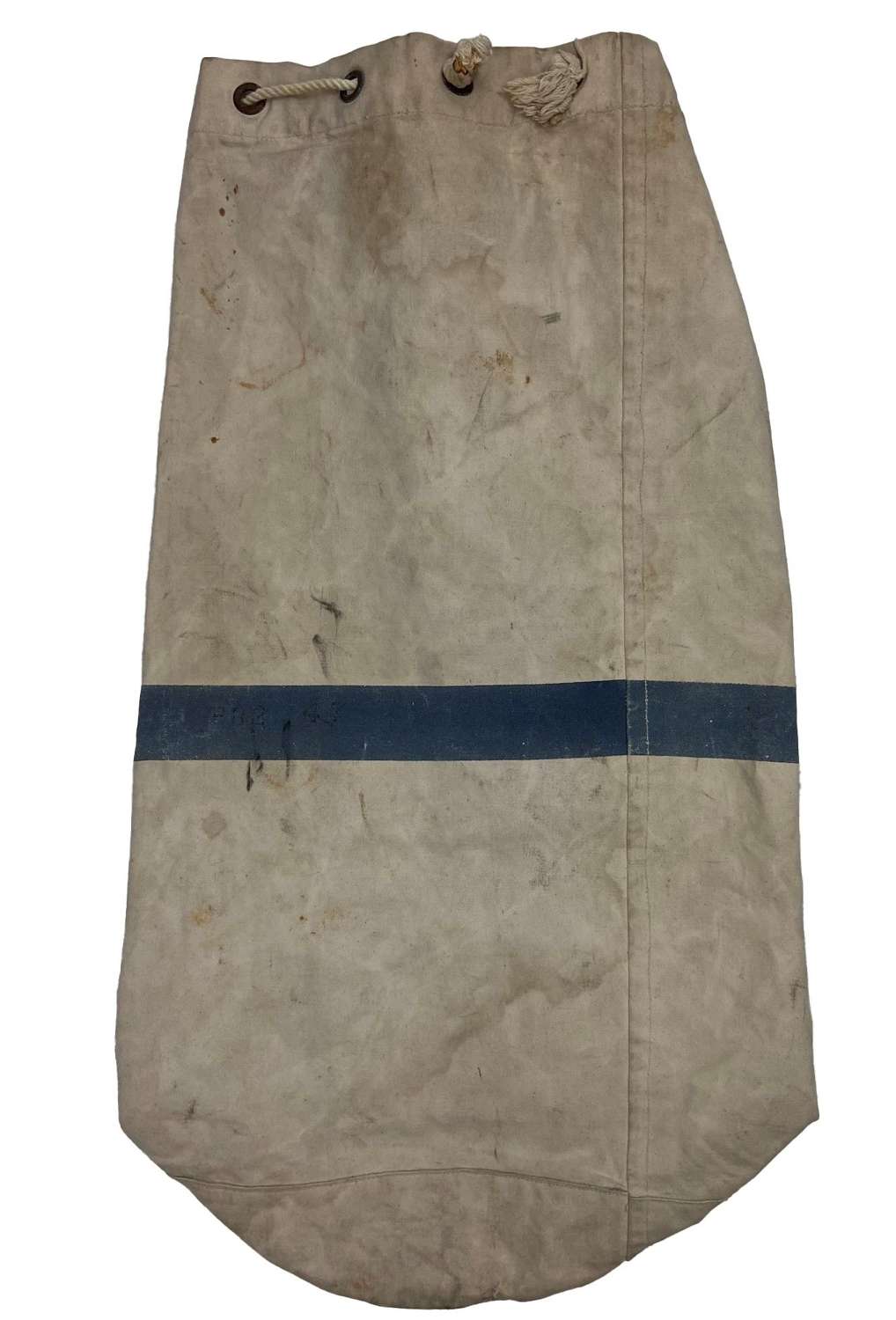 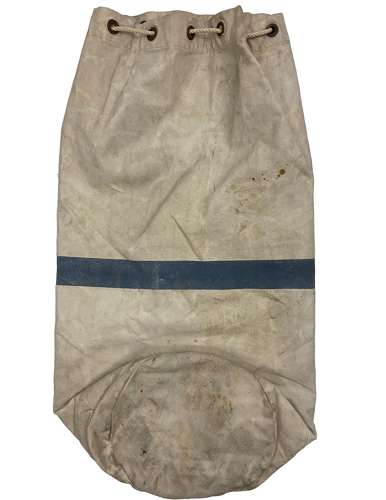 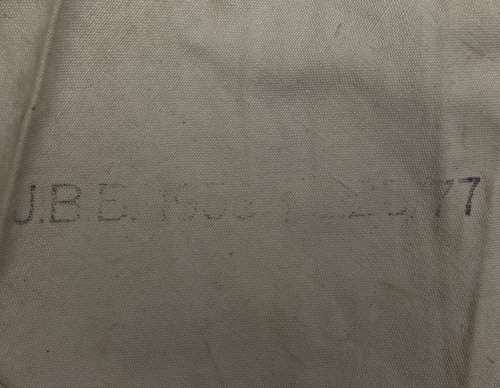 An original 1956 Dated RAF Ordinary Airman's kit bag as was used throughout the Second World War and in the post-war period.

This example is made from a off-white coloured canvas and features brass eyelets around the top opening. Through these is the original rope which is often missing from examples found today. A blue band is painted around the waist of the bag as is often found on these.

There is a marking to the interior of the bag which features the manufacturers initials of 'J. B. E.', the 1956 date and the War Department broad arrow. Whilst this example is dated 1956 it remains unchanged in design from those used before the Second World War and throughout the conflict.