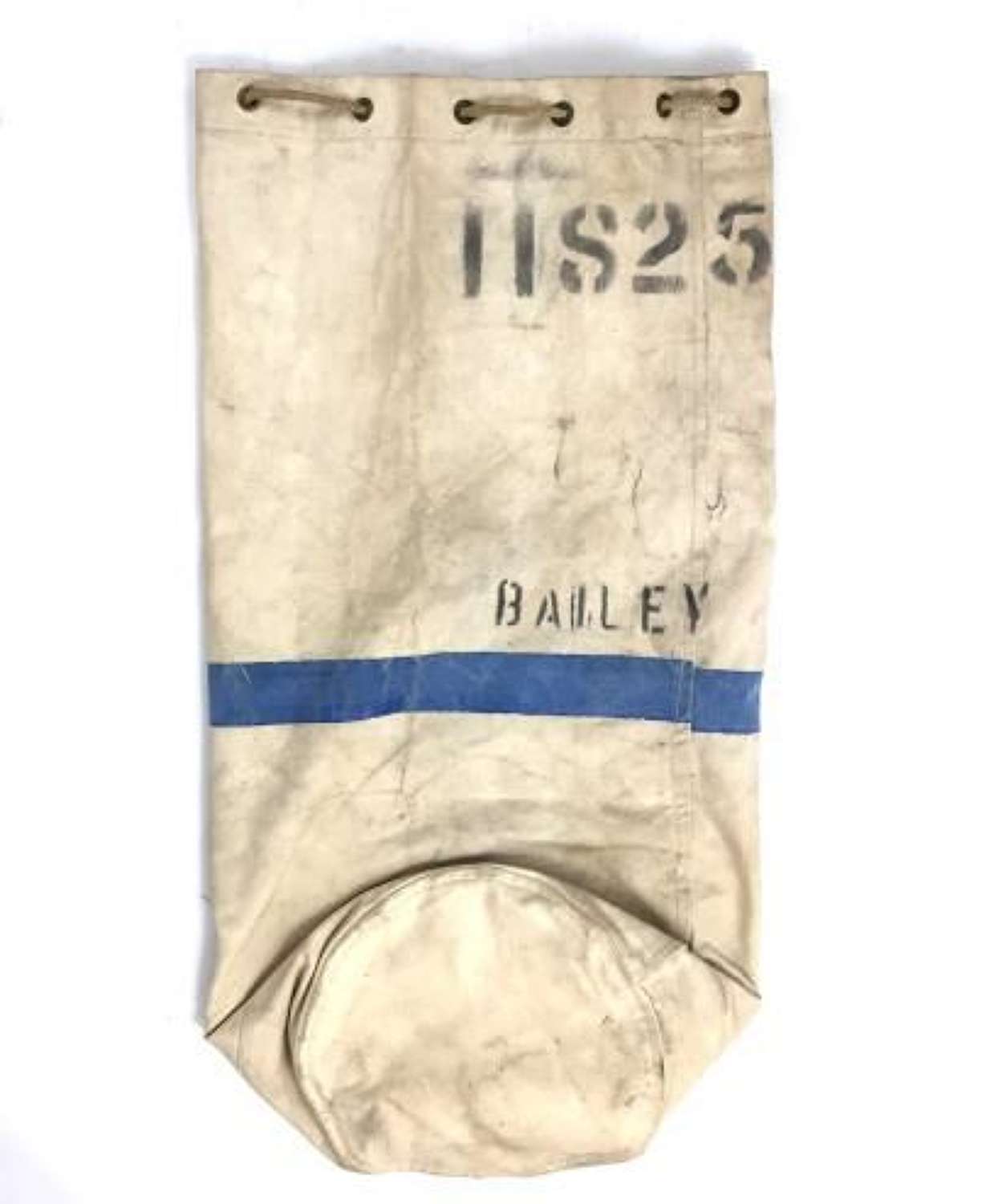 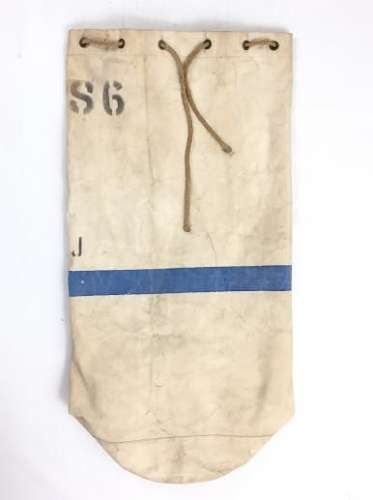 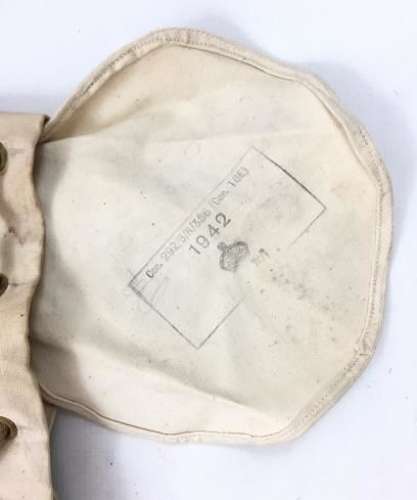 This kit bag was standard issue to the RAF and features the blue band around the centre always found on RAF examples. It also bares the original owners name and serial number.

Inside the bag is clearly dated 1942 and even has a War Department stamp and letter code 'O' which denotes 1942 as the year of manufacture. This is faint in the pictures but much more clear in real life.

The bag also comes complete with its original rope which is in excellent condition. These are normally very worn but this example looks to have seen very little use.

Overall a really nice example of an RAF Airman's kit bag with clear markings and a wartime date.