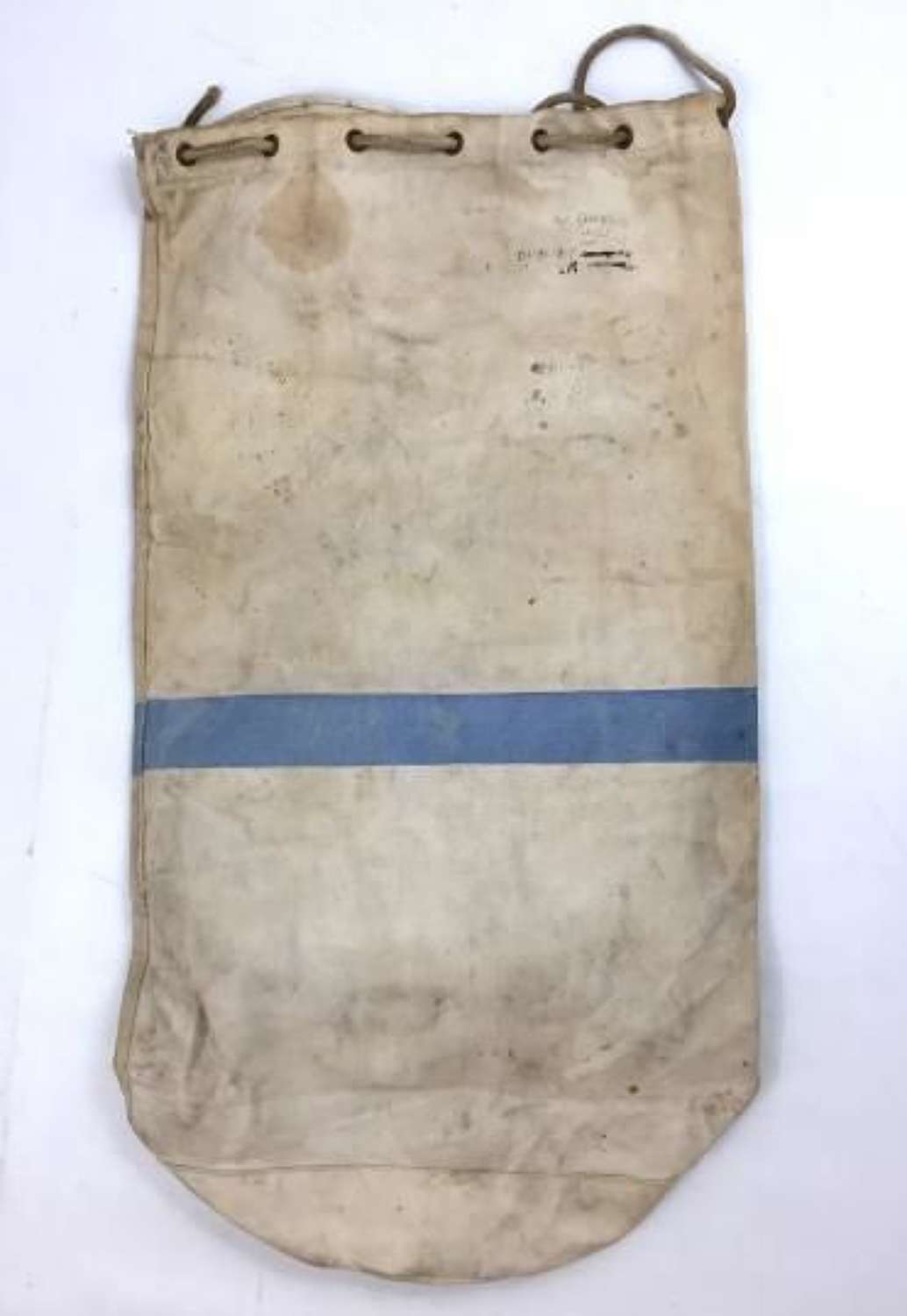 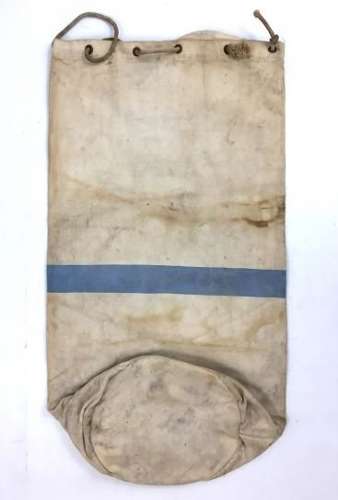 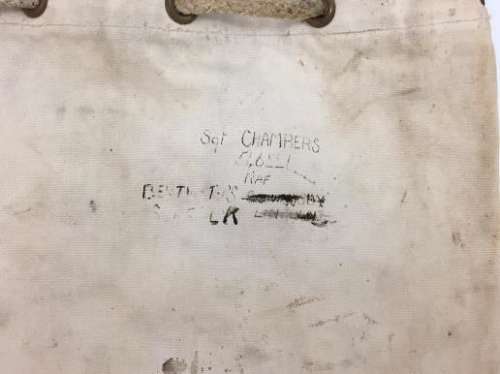 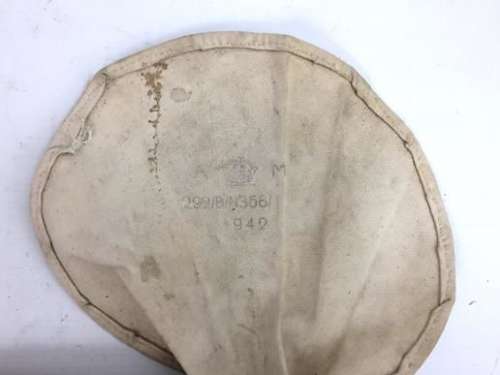 This bag is the standard RAF issue kit bag used throughout the Second World War and features the single blue stripe to the centre of the bag often seen on these original examples.

The bag features a set of brass eyelets to the top and the original rope to close the top with. The original owners name has been added towards the top of the bag in ink and reads 'SGT Chambers RAF' as well as his RAF number.

The inside flap of the kit bag features a nice clear Air Ministry AM marking and crown as well as the 1942 date.

The overall condition of the bag is good but it does show numerous signs of use and is somewhat grubby.