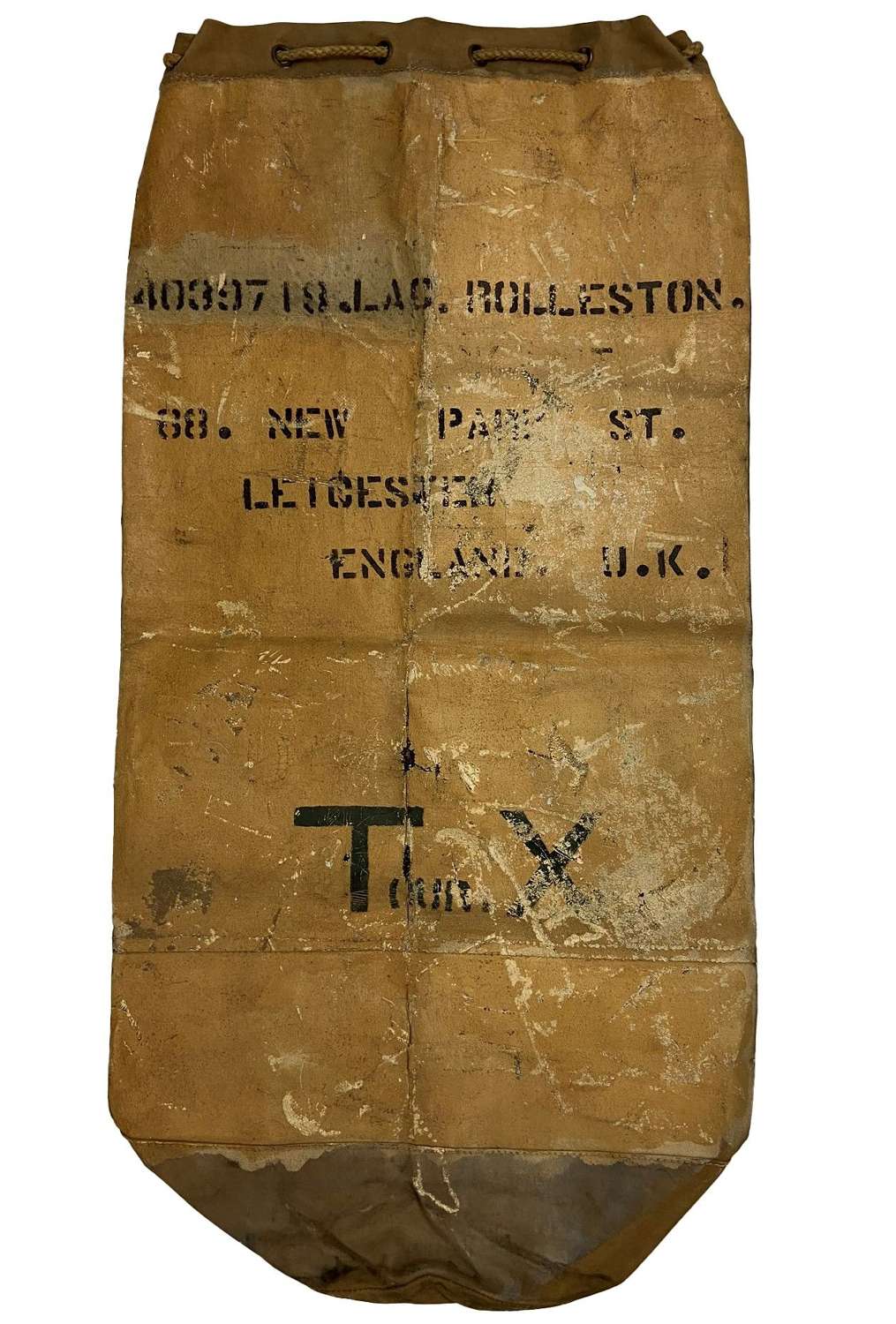 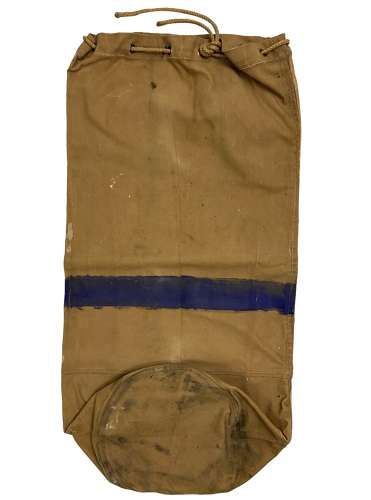 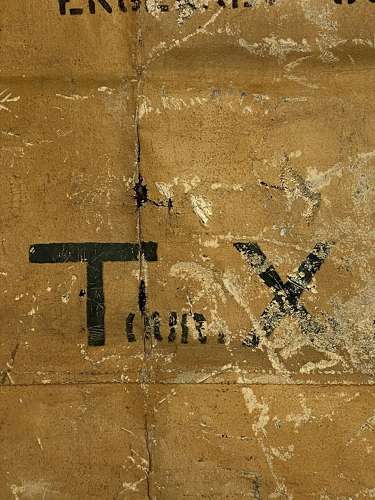 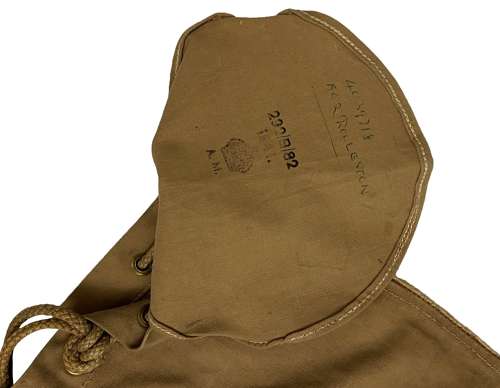 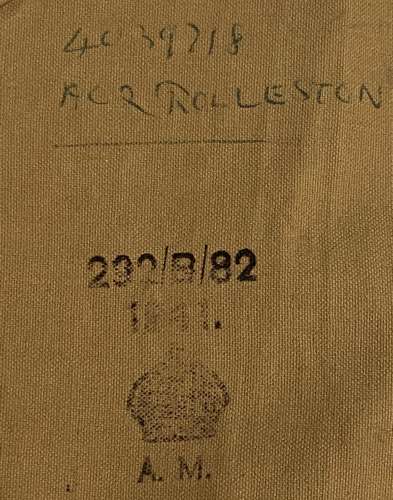 An original 1941 Dated RAF Ordinary Airman's kit bag in tan and as used throughout the Second World War.

This example is made from a tan coloured canvas and features brass eyelets around the top opening. Through these is the original rope which is often missing from examples found today. The front of the bag appears to have been painted with a khaki coloured paint. The original owner's name and address have then been added on top of this in black and reads '4039718 LAC Rolleston'. Following this is the original owner's address and the words 'TOUR X'. The rear of the bag features a blue band around the waist.

The inside flap of the bag features the Air Ministry crown and AM mark, the contract number and the 1941 manufacture manufacture date. The original owner has marked his name again above these markings.