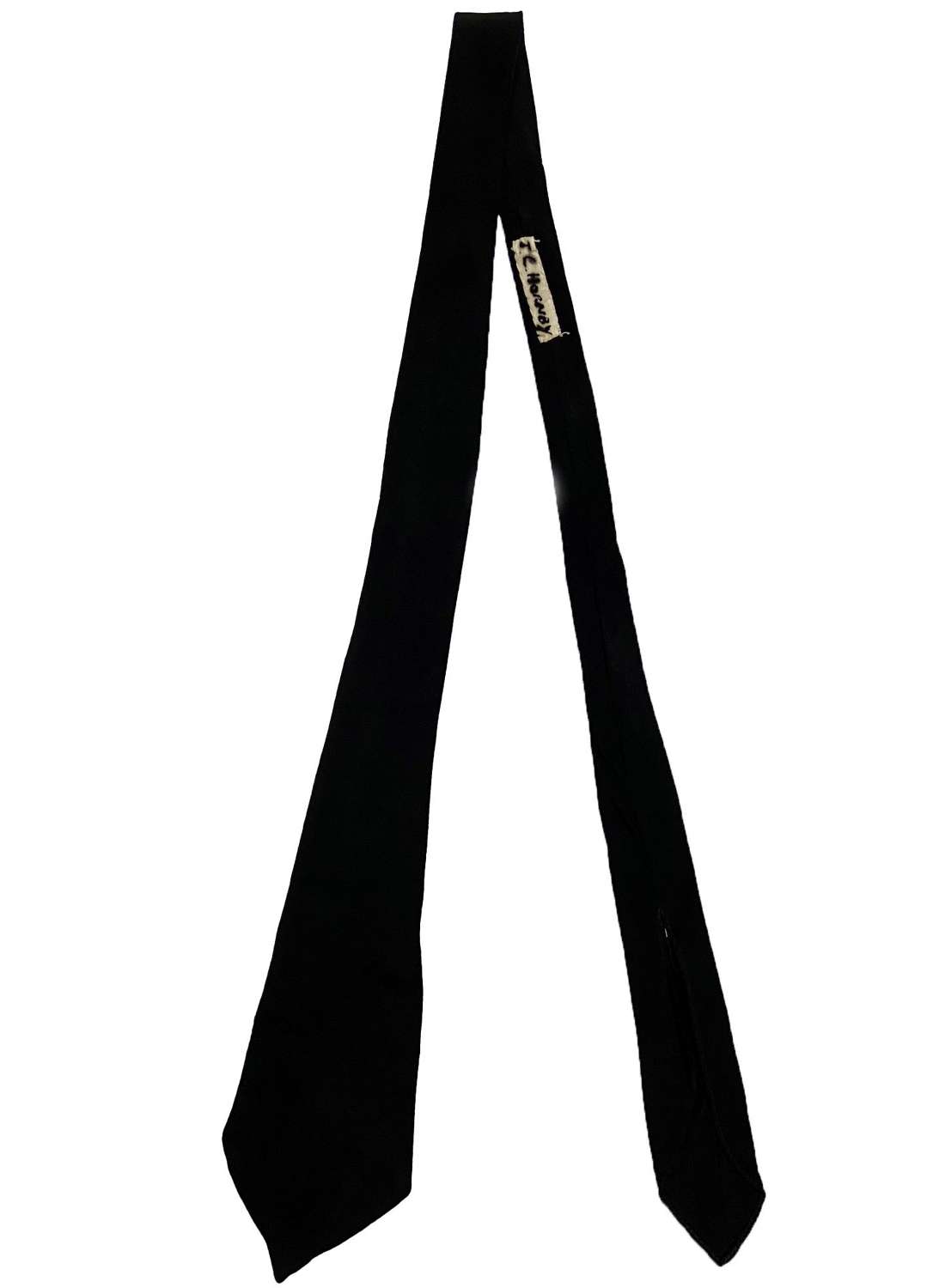 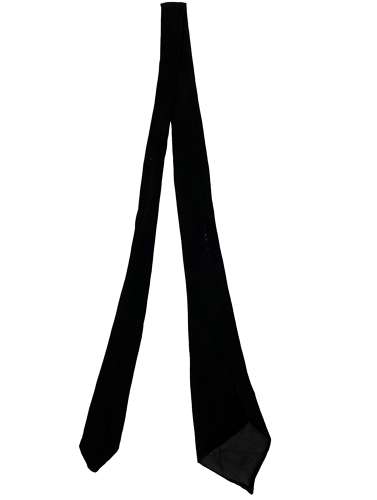 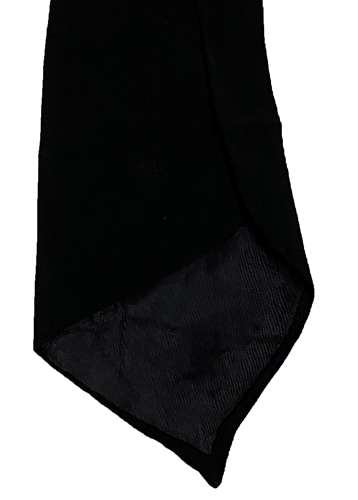 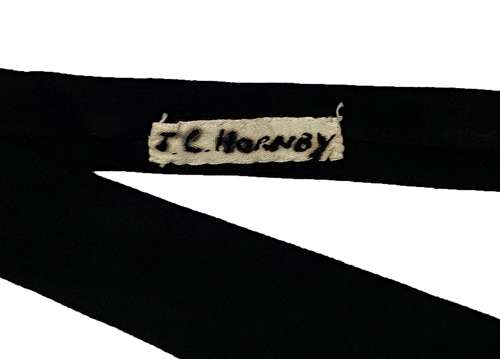 An original British made black necktie dating from the 1940s and named J. C. Hornby.

RAF Officers kit was all private purchase and bought from a variety of gentlemen’s outfitters. Some would have had their own ties but most would have stocked ties from another company. This example is a high quality example which features a fully lining - not often encountered during this period. The material is typical of the period but most importantly is the length which is very short compared to later ties.

The tie features a white name tag with the name 'J. C. Hornby' written in ink. There was a James Clement Hornby who served with Bomber Command during the Second World War with Number 623 and number 115 squadrons flying Short Sterlings and Lancasters respectively. He flew a number of raids including a number of missions to Berlin but was sadly killed in action in February 1944. I can't guarantee this tie belonged to him but the time frame does fit.

Whether the tie does have RAF provenance or not, it is an original period item dating from the Second World War. It could make a good addition to a wartime mannequin of display without a doubt.