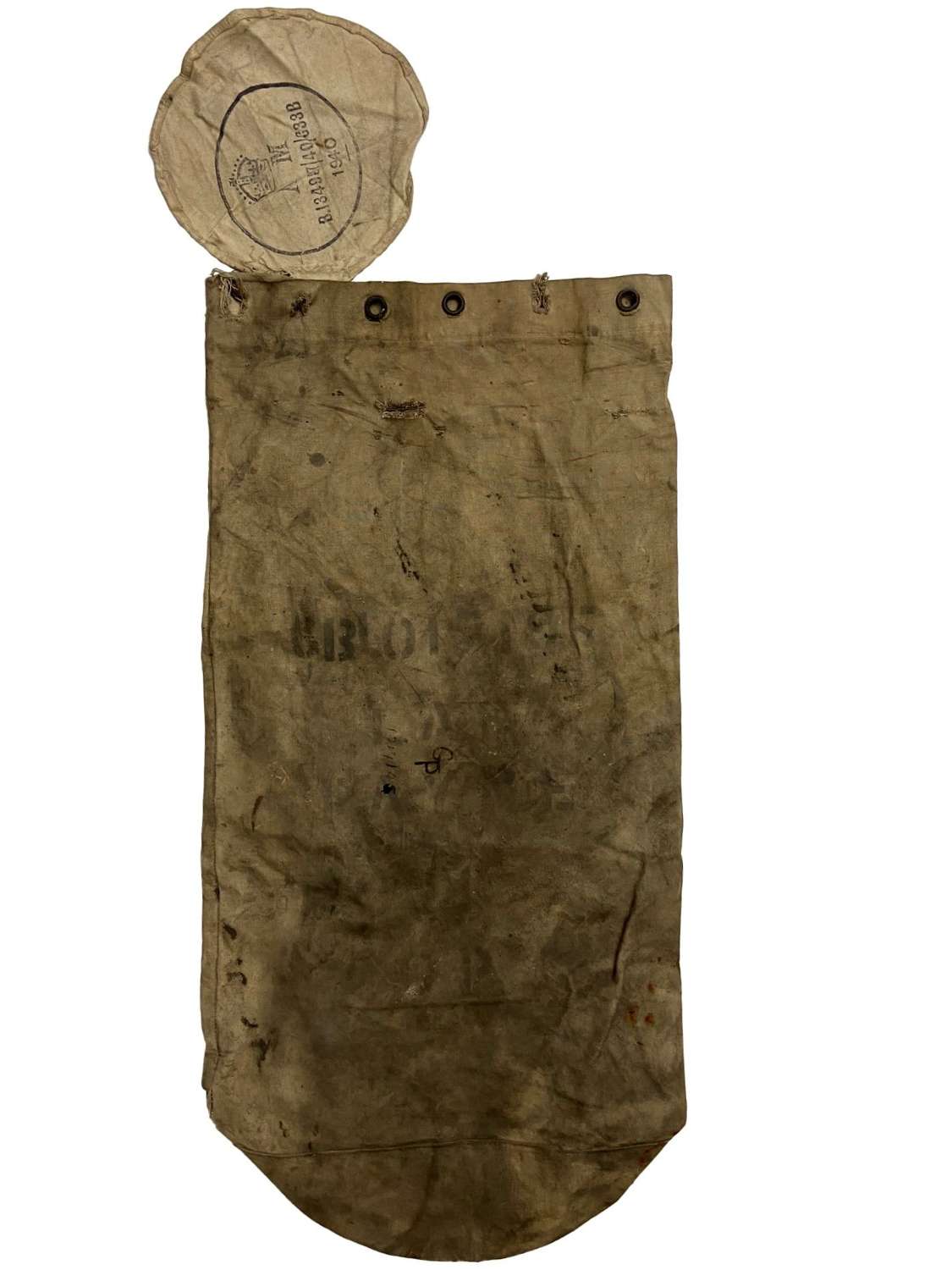 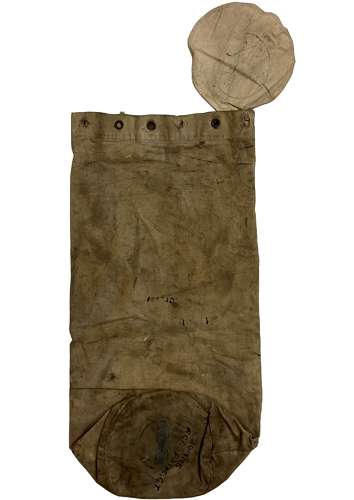 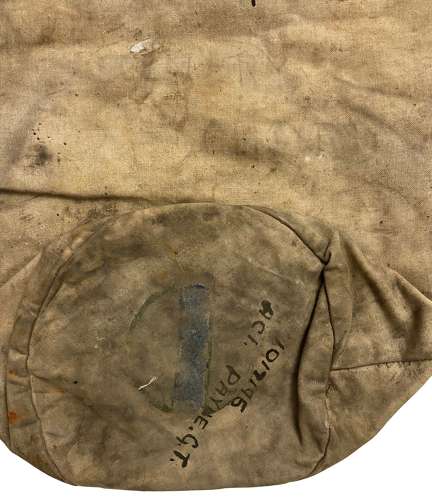 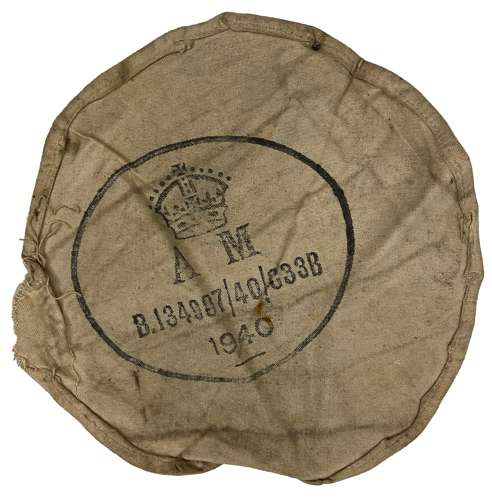 This pattern of kit bag was used by the RAF for many years and throughout the Second World War. This is a 1940 dated example which belonged to an airman named Payne.

The inside flap of the bag features a large marking bearing the Air Ministry crown and AM mark, the 1940 contract date and the 1940 manufacture date.

The bag is in well used condition with some of the brass eyelets missing to the top of the bag. The internal flap has also been removed from the main body of the bag as shown in the last picture. This could be re-attached without to much work.

Whilst not the finest example this is still a Battle of Britain period item with lovely clear markings. It would make a good addition to any WW2 RAF collection.