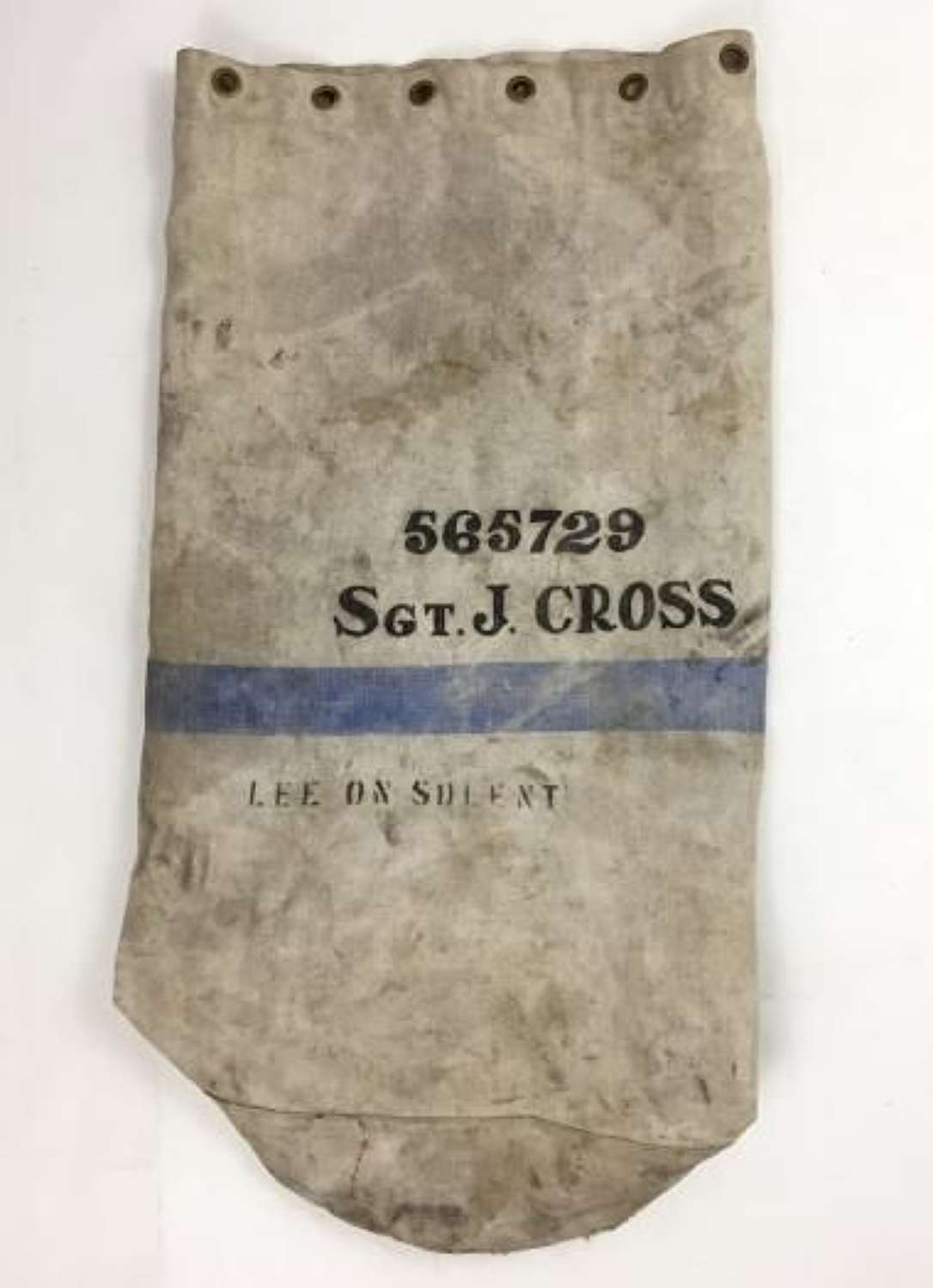 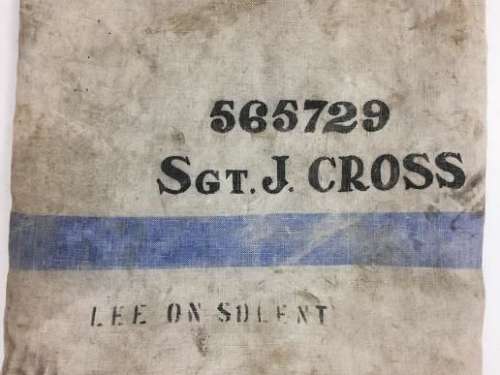 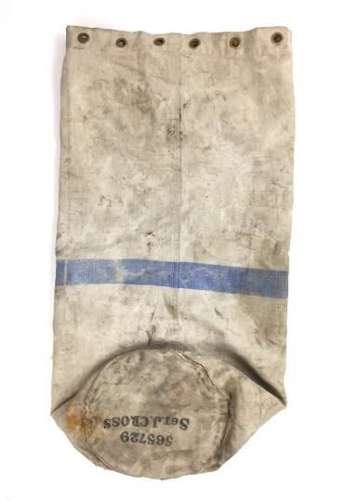 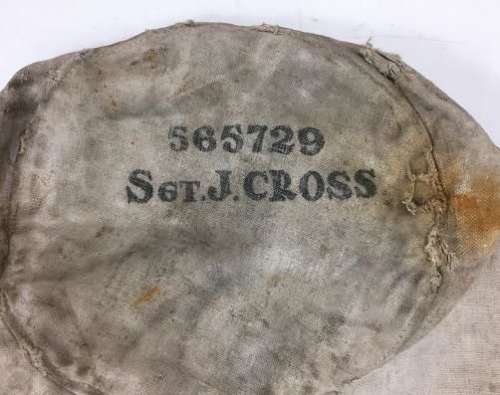 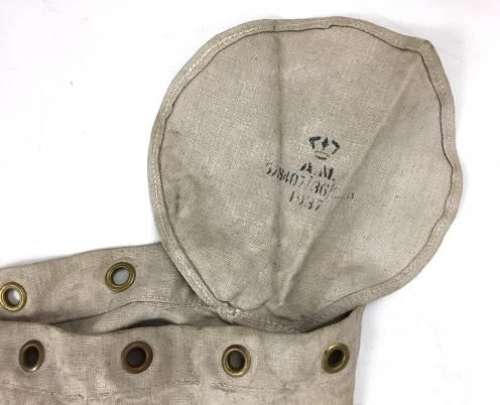 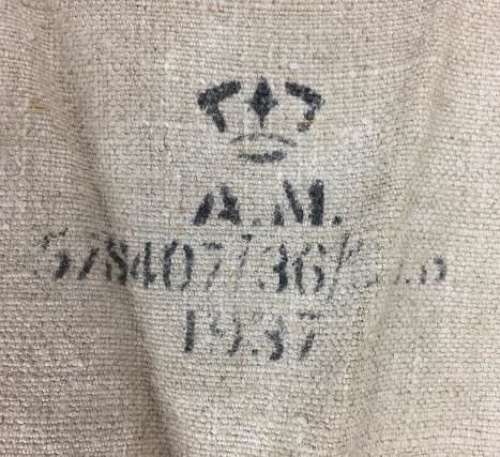 This pattern of kit bag was used by the RAF for a number of years before the Second World War and throughout the conflict. This particular example is named to Sgt. J Cross 565729 to the side and the bottom of the bag. His rank means it could be possible that he was aircrew and it would certainly be worth researching further.

The interior of the bag features the Air Ministry AM marking as well as the 1936 contract date and 1937 manufacture date.

The overall condition of the bag is good for its age as can be seen in the pictures. It has been used however and may have issues relating to age although there are no major ones I can see.

A very rare early example which would make a great addition to any RAF collection.