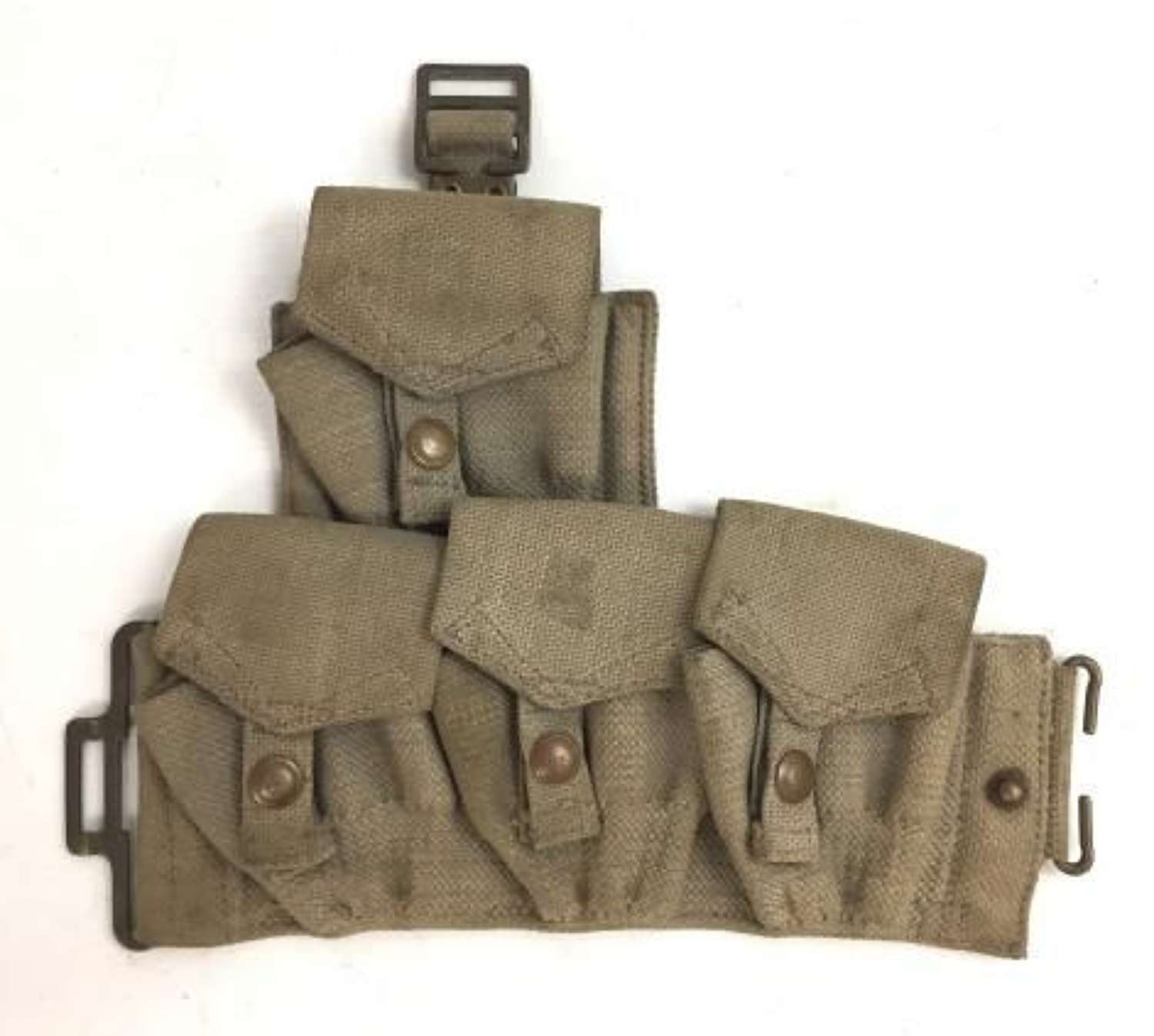 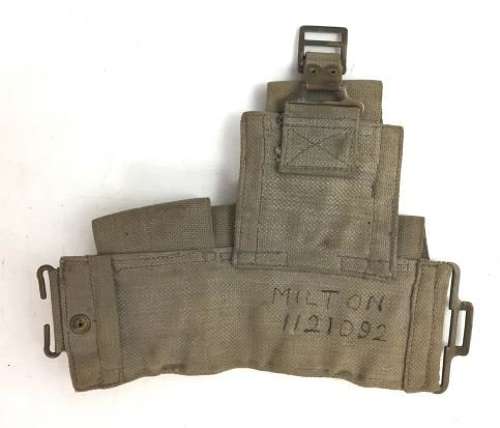 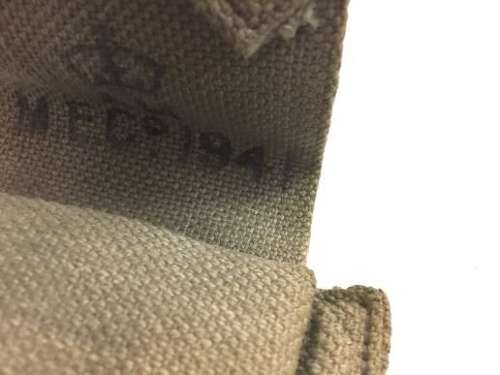 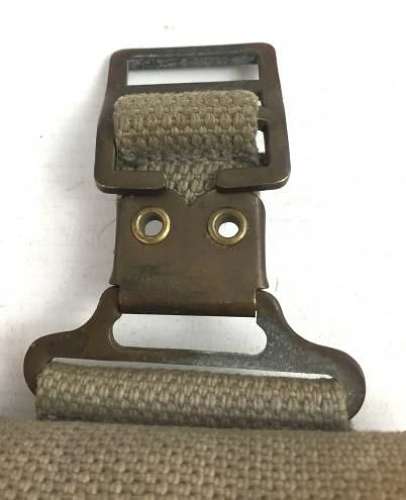 This pattern of webbing was used in the inter-war years by the RAF and stayed in service into the early part of the Second World War. ’25 pattern webbing can clearly be seen in use with the RAF in period photographs taken in France in 1939 and 1940. This particular example is dated 1941 and is most likely from the last contract placed for this pattern as the RAF were by this time in the process of switching to 1937 pattern web equipment.

Made from a blue dyed web material, the pouch features four pockets and is not too dissimilar to in style the 1908 pattern webbing pouch. It is closer to the 1919 pattern introduced for the Royal Navy with the pouch back making up one third of the belt section. This pouch along with its pair would be fitted to a third rear belt section to create a full belt. The top of the pouch features a buckle to fit cross straps to eliminating the need for brace attachments.

The pouch is clearly maker marked and dated inside the uppermost flap. It was made by ‘MECo’ in 1941 as can be seen by the still very clear and legible stamp. The rear of the pouch bares the name ‘Milton’ and a service number added in ink which shows that the pouch was issued at some stage.

The pouch is in very good condition as can be seen in the photographs. It has seen light service use but overall displays very well.

This is a rare pattern of pouch which rarely comes onto the market today. A must have for the serious RAF or webbing collector!