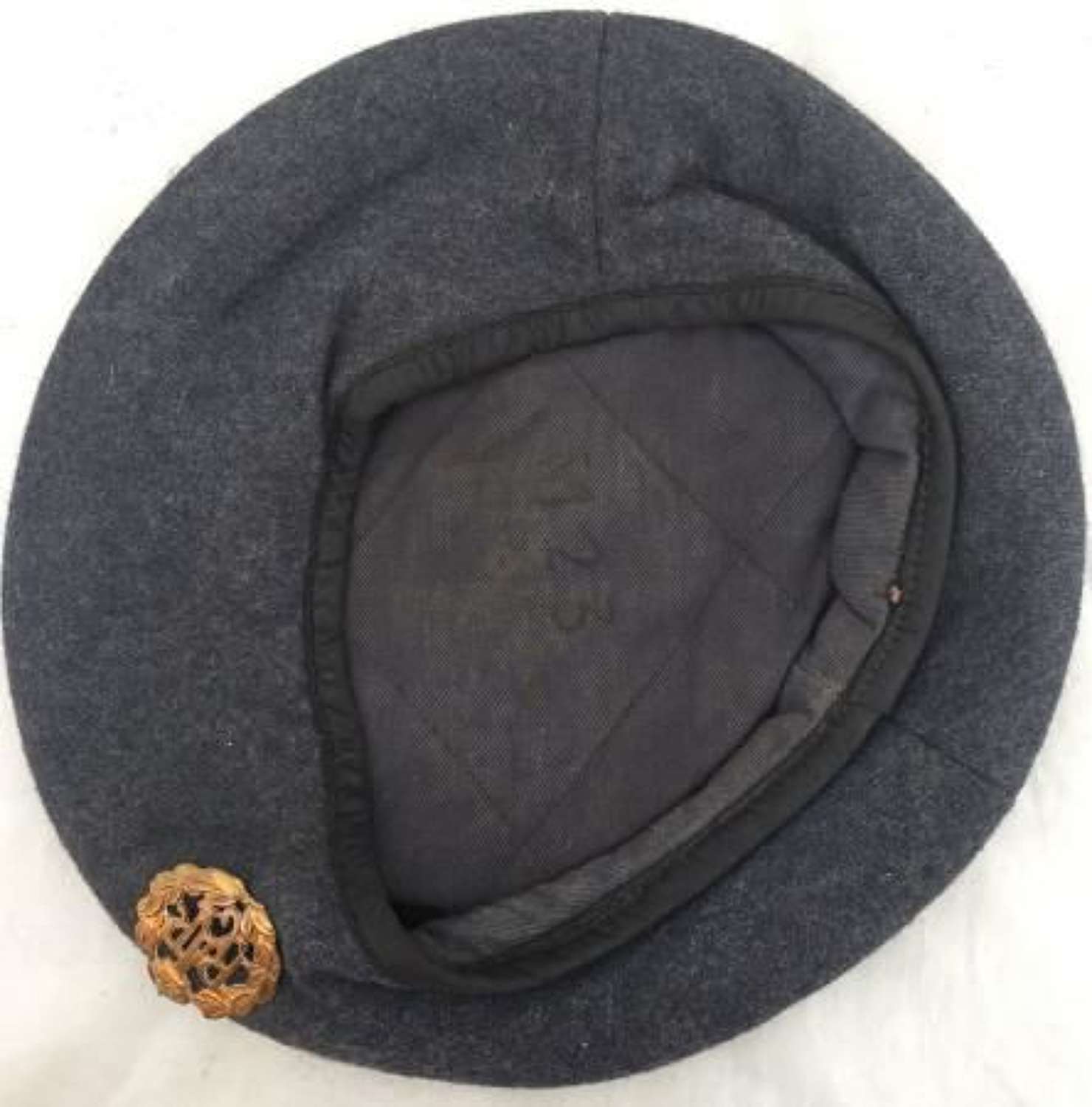 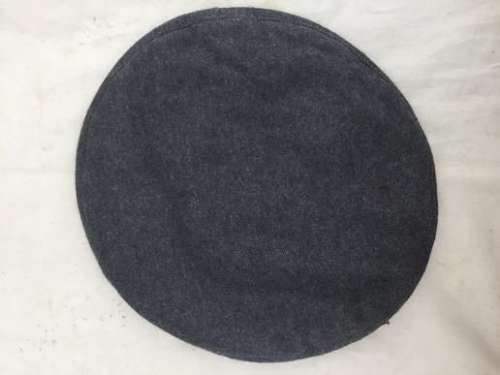 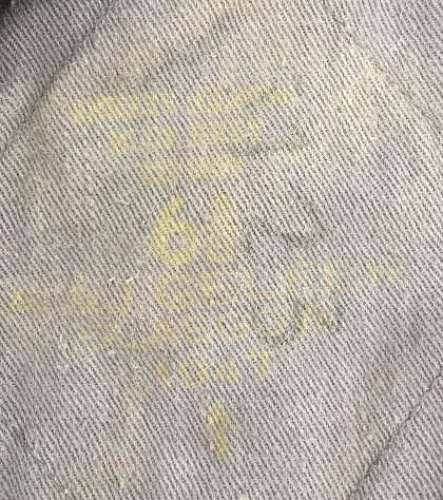 This beret is identical to those used by the RAF during the later stages of the Second World War. It features a large crown which gives it a typical wartime shape and a nice kings crown cap badge.

The beret is just post-war being dated 1947 inside. It also bares the makers mark and size which is 6 3/8th although it is somewhat faded and quite hard to read so may be 6 7/8.

A brass kings crown cap badge is mounted to the front and in the correct place and a black leather headband runs around the opening of the beret.

The condition of the beret is very good with no signs of damage or moth. There is some wear and age which is to be expected of an issued item.

All in all, a nice original beret which would compliment any RAF collection and make a nice stand in for the illusive war-dated example.