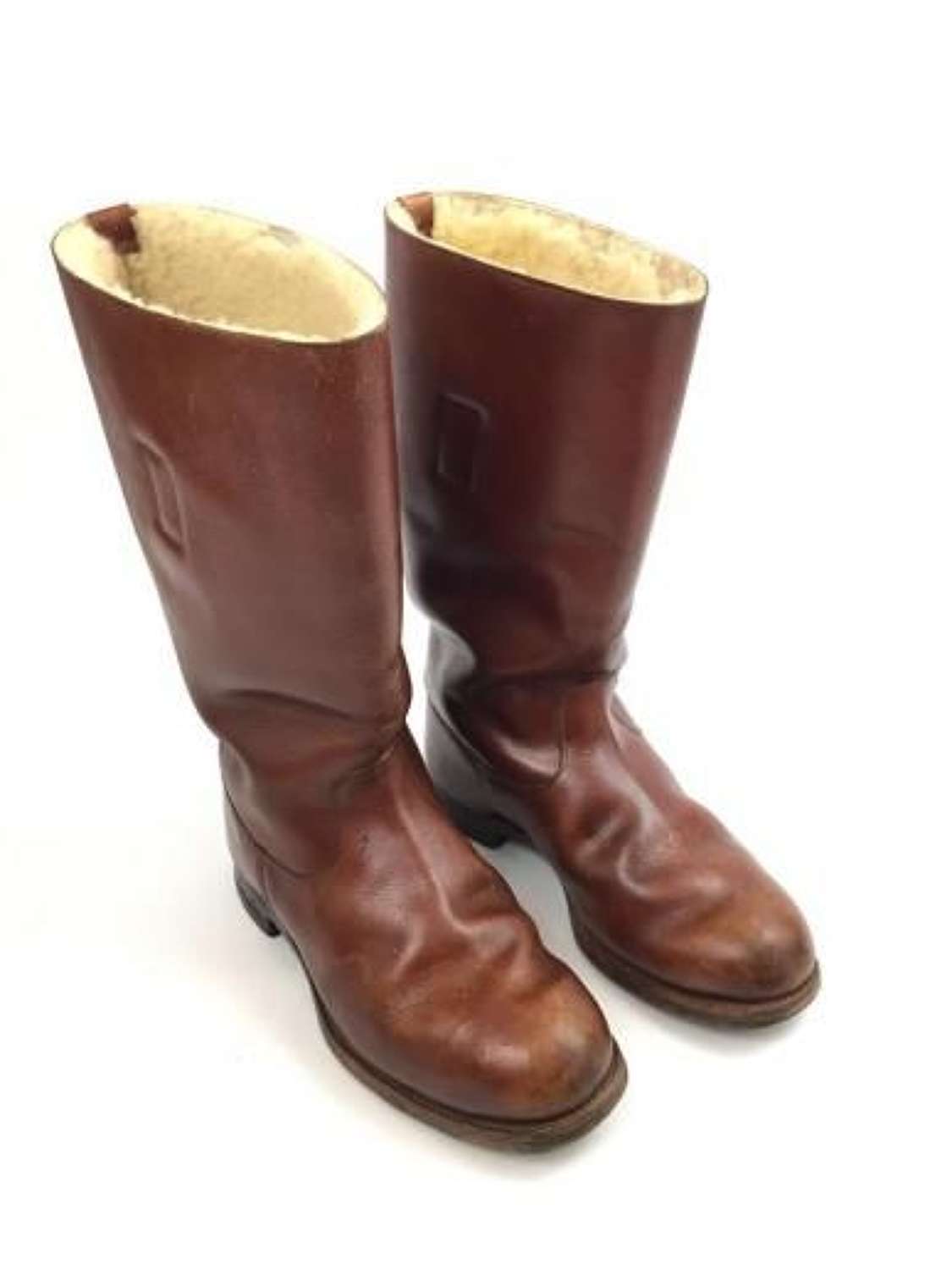 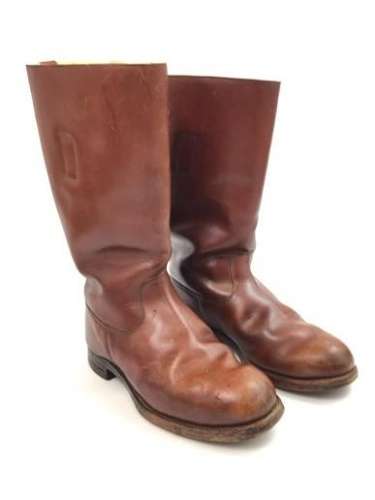 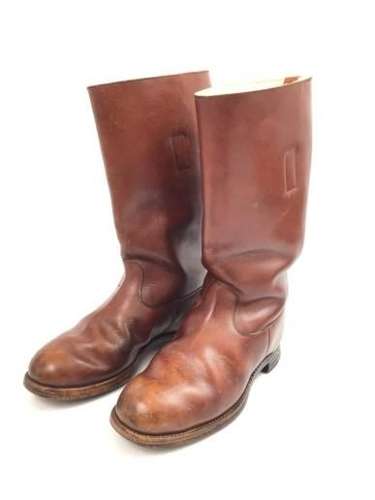 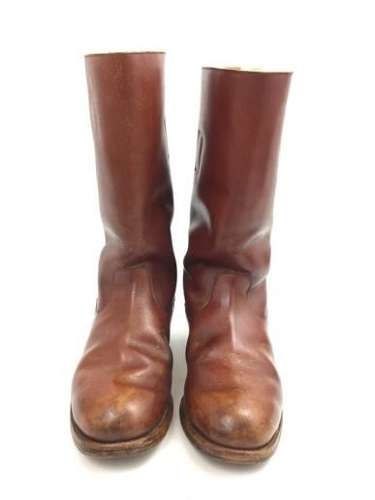 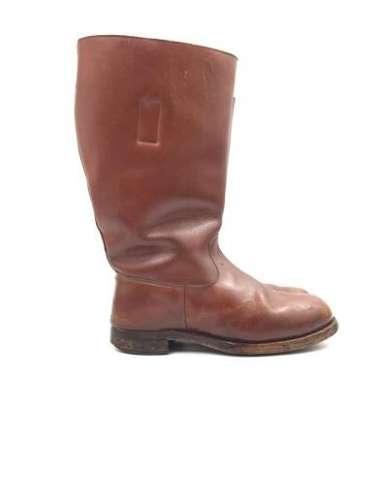 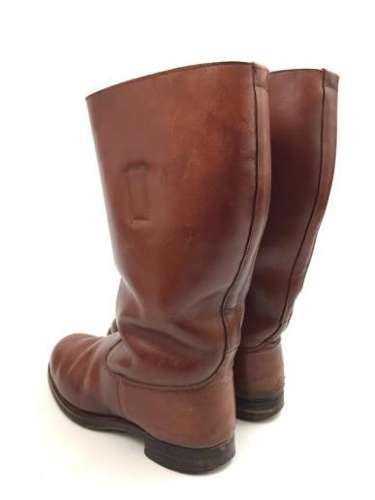 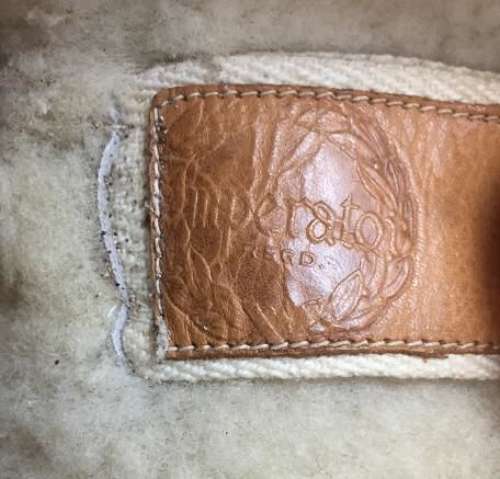 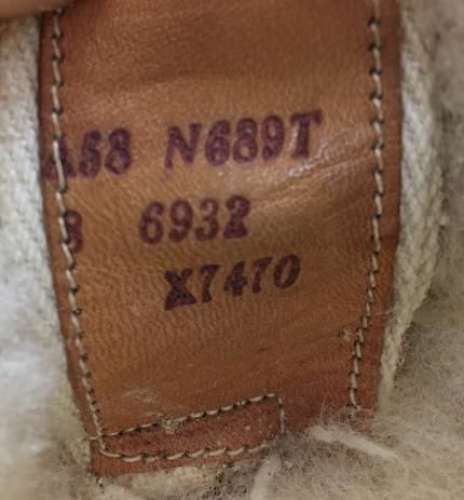 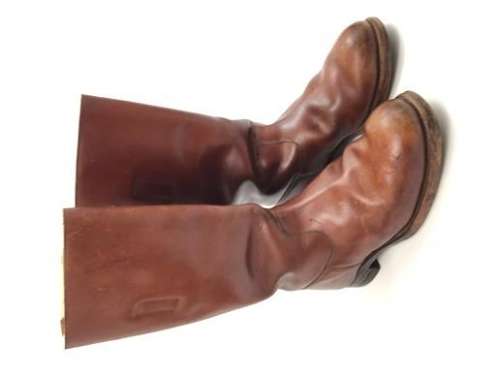 SOLD
An incredibly scarce set of flying boots made by 'Imperator Regd' in either the 1930s or early 1940s in beautiful condition.

These boots are typical of private purchase examples bought by flyers in the 1930s as well as USAAF aircrew during the Second World War. This particular shade of brown was particularly popular with American airmen and numerous examples of russet brown footwear that was made for them privately still exists.

To look at, these boots look very similar to the much sought-after 'Beddgood' boots which were made in Australia during WW2 and saw use with RAAF, RNZAF and USAAF aircrew in the pacific theatre. These boots however are English made and much more likely to have been ordered by an American who wanted a nice pair of 1936 pattern style boots to replace his issue boots.

As can be seen in the photographs, these boots are in excellent condition. The brown leather has a nice shine to it and has taken on an incredible patina over the years. The boots have clearly been worn and seen some service but have been well looked after and have survived well.

The sheepskin lining is typical of 1936 pattern boot in both colour and texture. There are some signs of moth damage inside the boot and also a small amount around the top of the boots but this does not really detract from the way the boots display.

Inside the boots are also pull tabs to help with pulling the boots on. These tabs are marked 'Imperator Regd' on one side and manufacture details to the other. The numeral 8 may well be an indication to the size but I can confirm they will fit a size 9 foot.

A truly stunning pair of boots which would undoubtedly compliment any aviation collection!