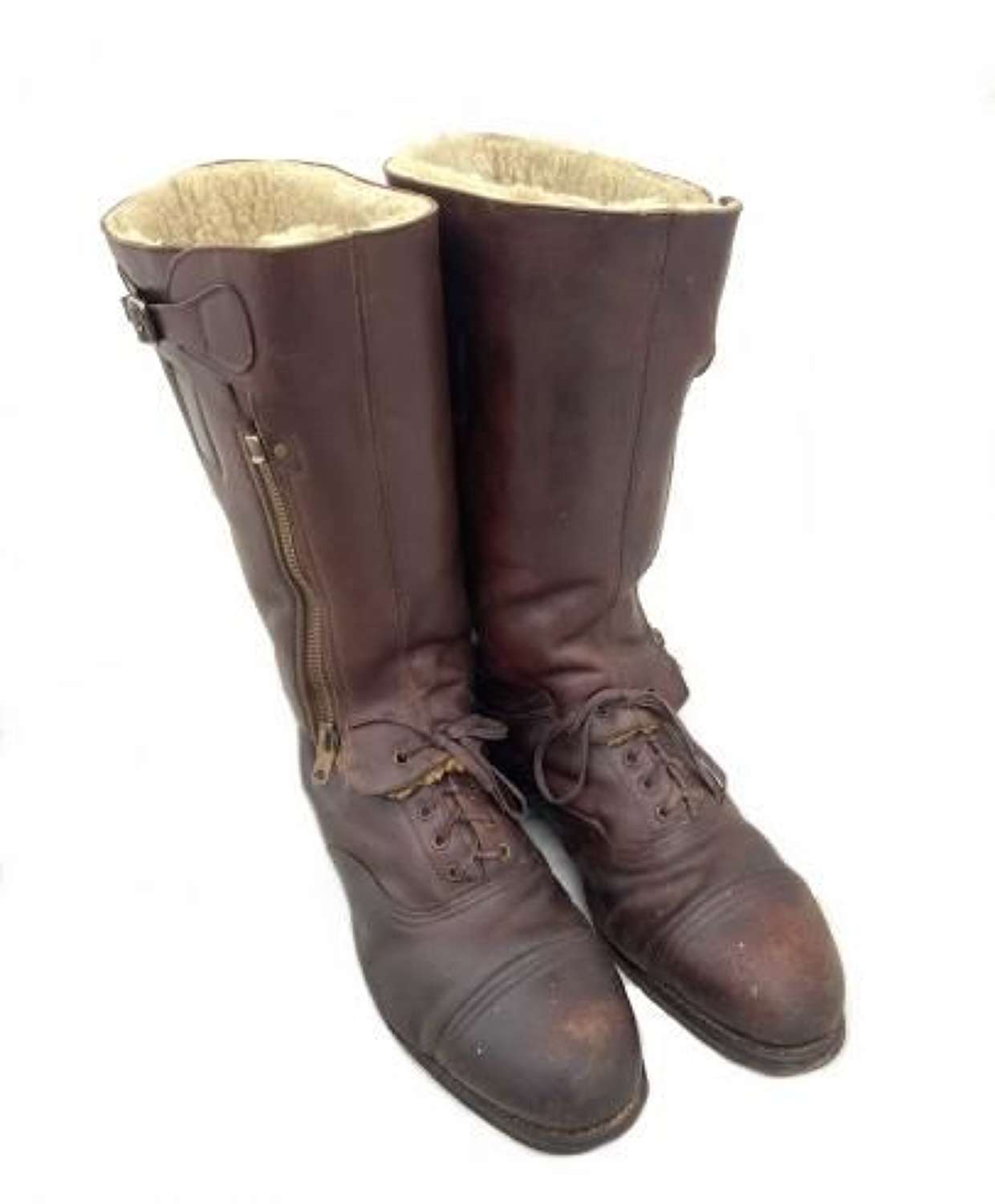 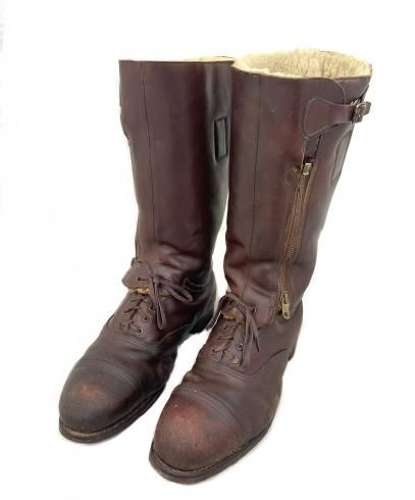 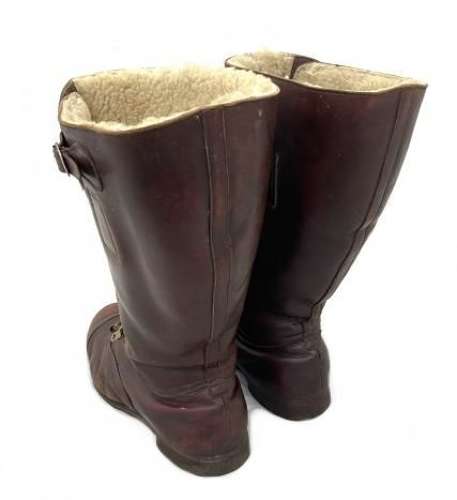 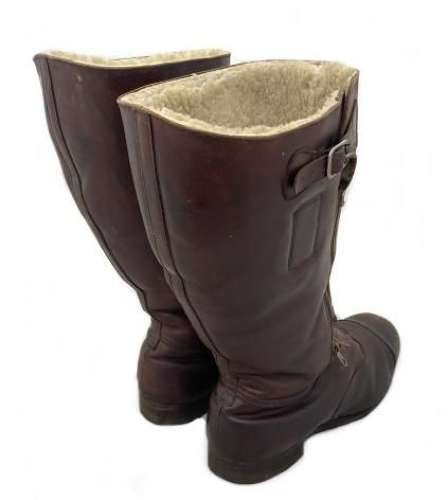 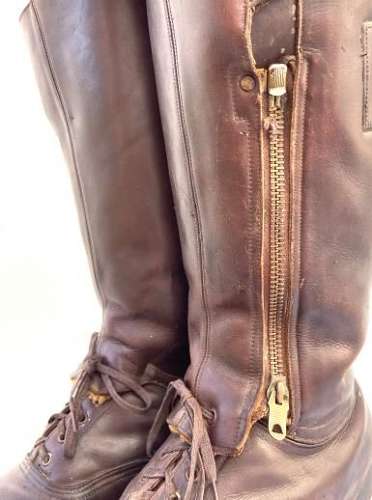 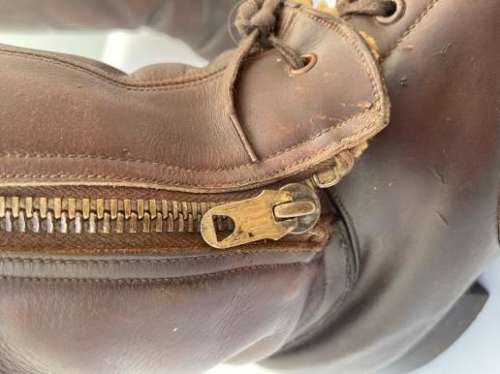 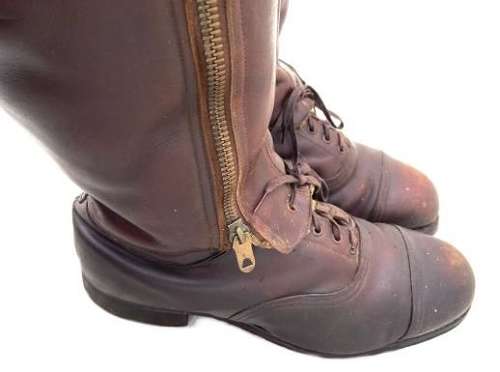 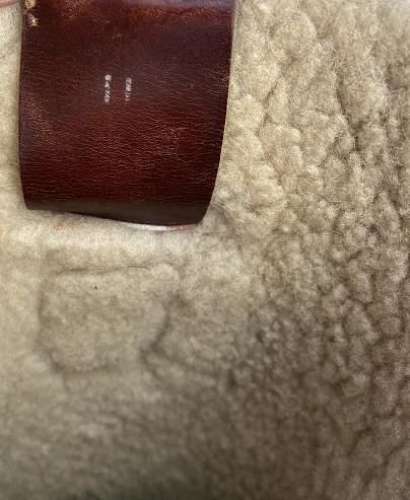 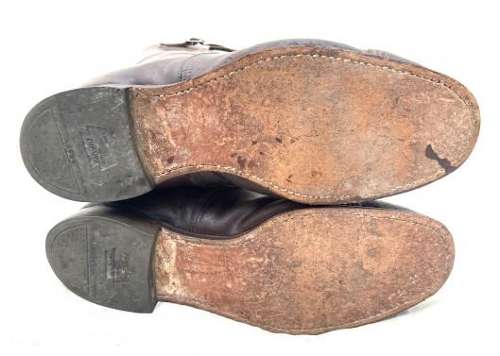 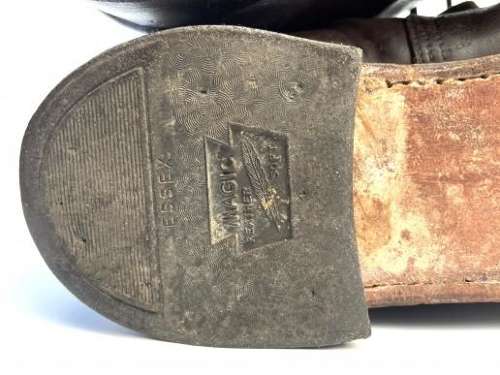 This pattern of boot is essentially the forerunner to the more common 1943 Pattern Escape Boots and are now referred to as 'Nuffield Pattern'. The design was proposed by Clayton Hutton of MI9 but was not approved by the Air Ministry. Lord Nuffield, owner of Morris Motors, was very keen on the idea and financed the production of the first few hundred pairs of boots, hence their name. The first pattern of Nuffield boots featured a central zipper which was later offset to move it away front the laces. Only a limited number of them were produced before the Air Ministry relented and began producing their own version with suede uppers to keep costs down. They became know as the 1943 pattern escape boots.

The overall appearance of the boots is the same as the standard escape boots with the exception of the leather uppers and the colour. They feature brass zippers which are branded 'Lightning' and typical of those found on British and Australian made boots of the period. The uppers feature a chromed leather exterior which is sheepskin lined and the soles are also leather with rubber heels. The boots are devoid of any markings aside from the number 11 stamped to the rear of one of the pullers in each boot and denotes the size.

The boots are in good condition and display very well. They have plenty of signs of service wear and honest use as can be seen in the pictures. They are a very sound pair of boots overall with the only serious flaw being a few missing teeth to the top of the zipper on the left-hand boot. The zip is still usable and the boots can be put on without running the zip past this point meaning they could still be displayed on a mannequin. The original missing teeth are included with boots in the case they could be used for repair.

An extremely rare pair of boots which are a must have for the serious aviation collector. Not only are they the rarest brown version but they are a desirable large size. These would make a fantastic addition to any collection without a shadow of a doubt!