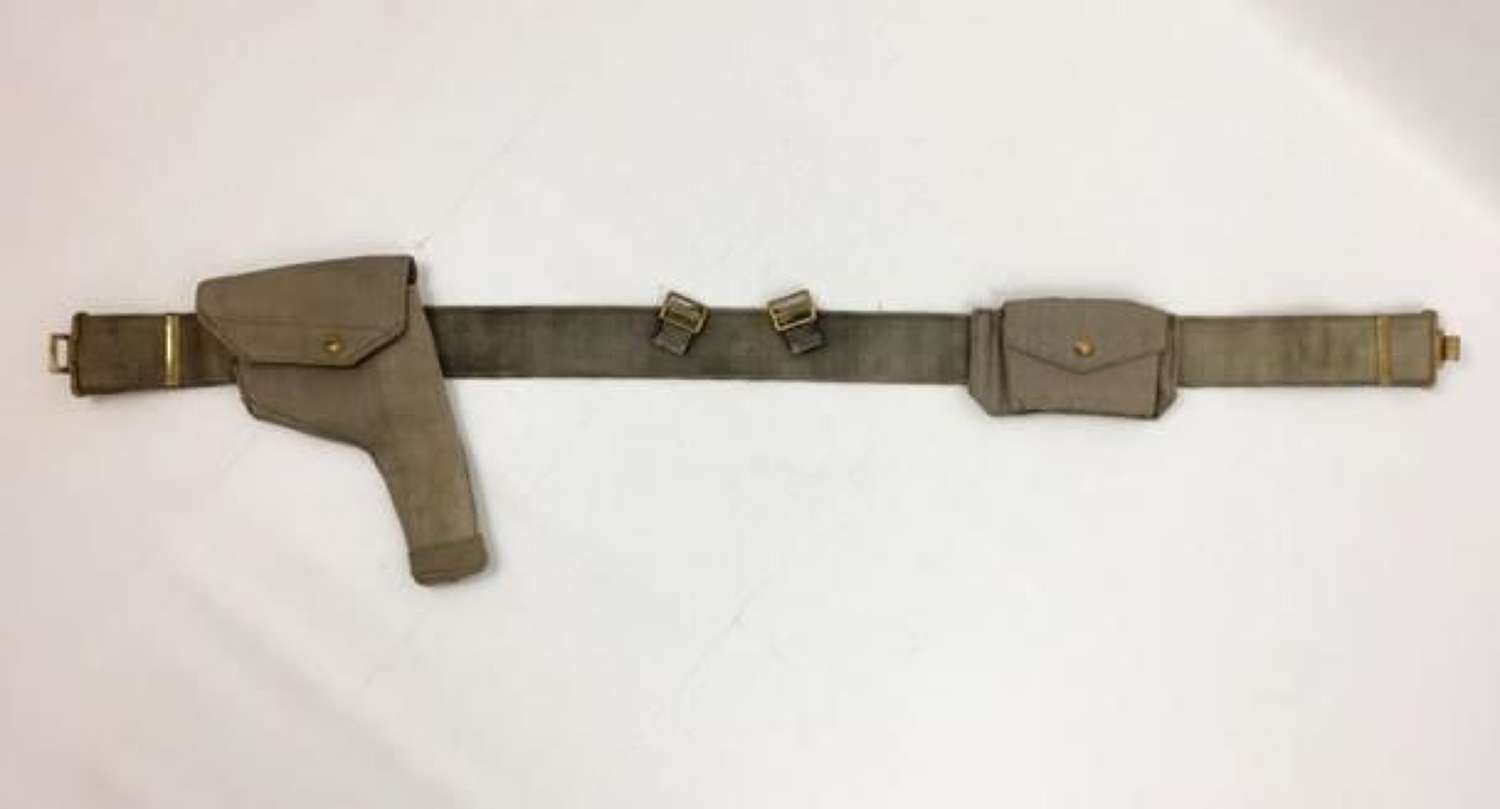 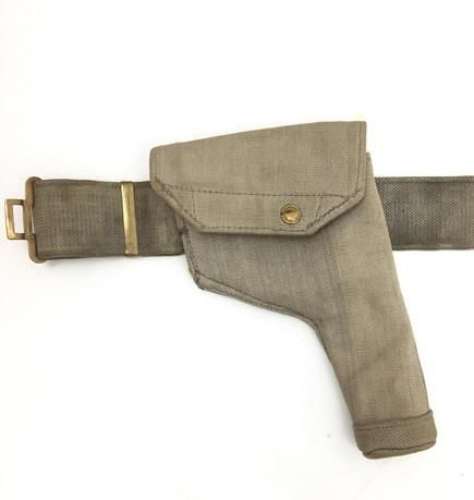 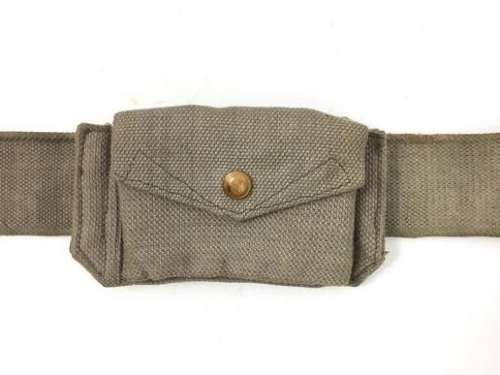 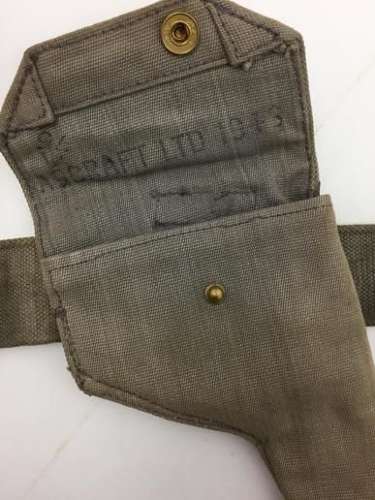 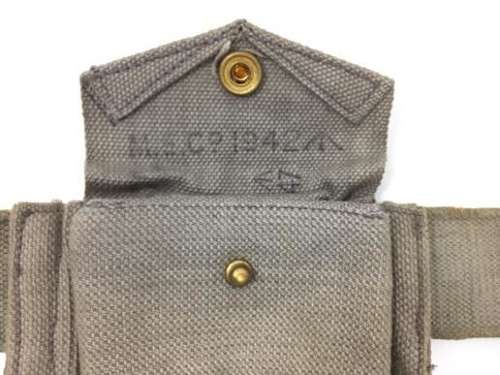 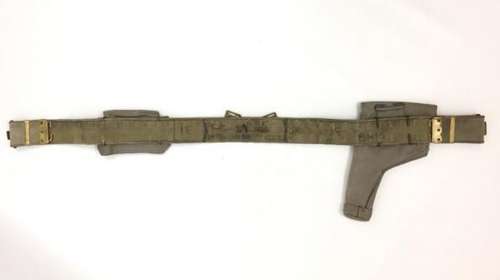 SOLD
An original World War Two period RAF webbing pistol belt as used by a variety of members of the RAF including aircrews.

This RAF webbing closely resembles its British Army equivalent of 1937 pattern webbing but is made in a blue-grey colour. It is important to note at the point that all these pieces are the correct wartime blue-grey colour and not the post-war blue dyed examples which are a much more blue colour.

This type of pistol belt was worn by aircrews in both Bomber Command and Fighter Command as well as Costal Command. Fighter Pilots flying with the 2nd Tactical Air Force all wore belts such as this.

The set is made up of three parts; a pistol holster which is in great condition and clearly dated 1943, an ammunition pouch dated 1942 and a belt which is undated.

All the items have had some use but match well and have a consistent look. The belt is the most used part and appears to have had a number of owners indicated by the names and other markings which have been inscribed inside the belt.

The belt is a large size measuring at 46" when adjusted to its maximum length. It can of course be shortened.

Overall a nice original period belt which would be great as part of a display or for use in re-enactment as it is a good large size.