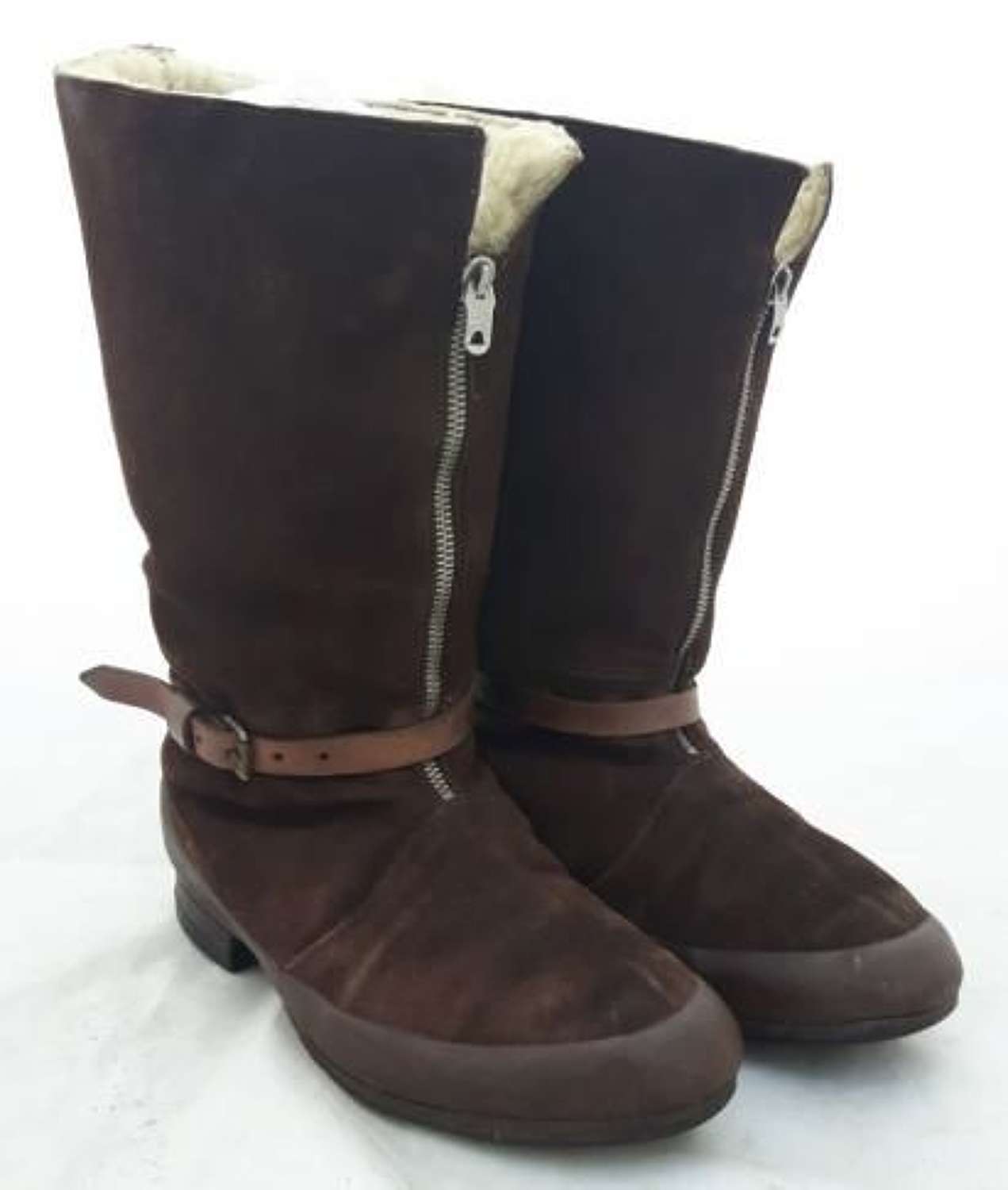 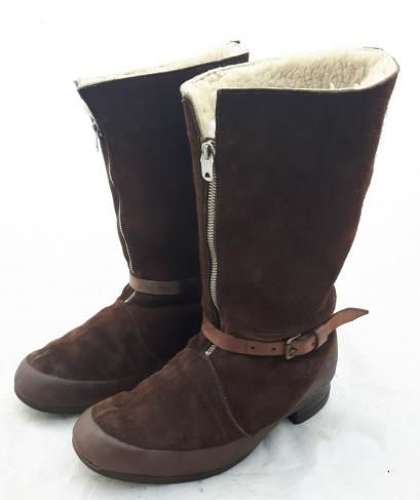 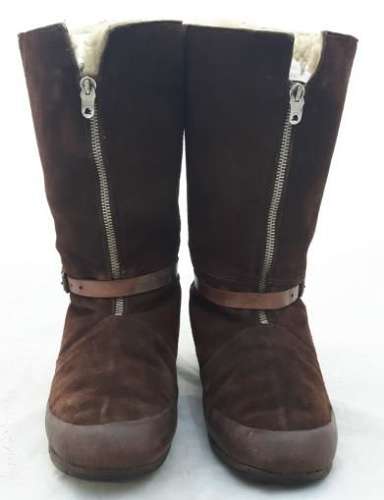 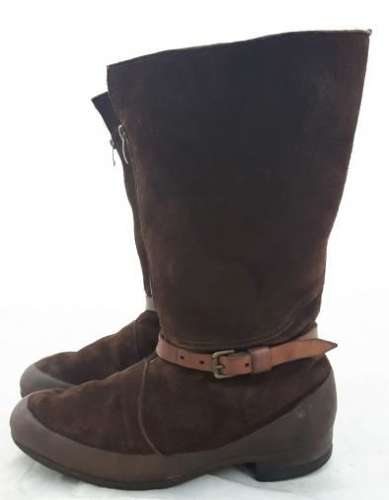 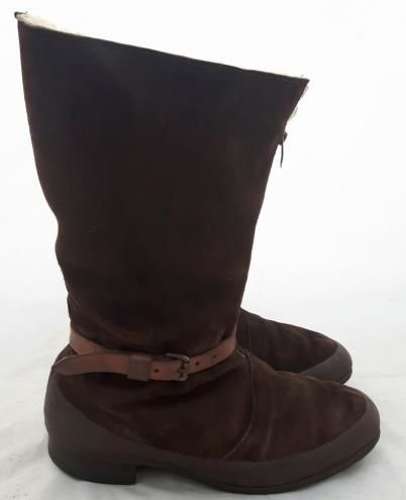 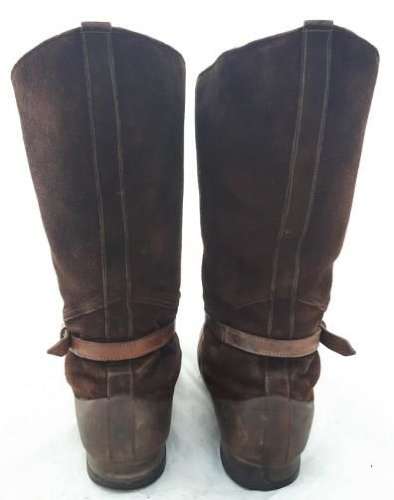 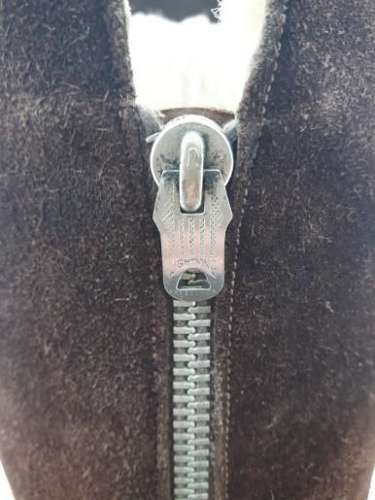 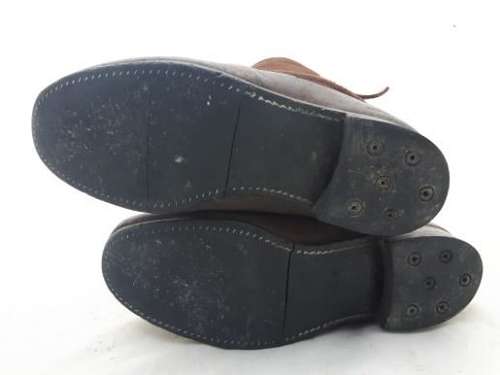 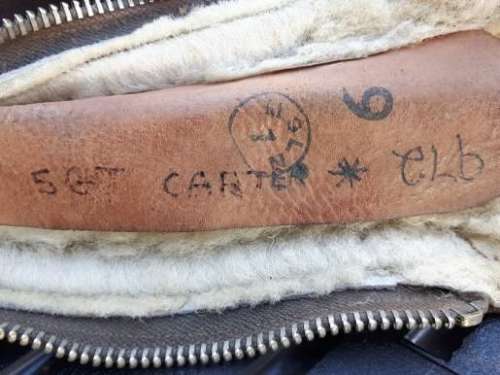 SOLD
An outstanding original pair of 1941 pattern flying boots in a generous size 9.

These boots came into use with the Royal Air Force during 1941 and became synonymous with Bomber Command air crews earning them the nick name 'bomber boots'. They were in fact used by all arms of the RAF as well as the FAA so are correct for a fighter pilot or Coastal Command impression too. They also saw use with the USAAF, particularly the 8th and 9th Air forces.

This particular pair are in brilliant condition. The sheepskin lining is intact and free of any discolouration or damage, the suede is in excellent condition with only a few marked areas, the rubber area around the bottom which is often damaged or missing on these boots is completely intact and the soles are also perfectly usable being free from splits and cracks also.

The rubber on these boots is also the more sought-after light brown colour as-opposed to the more common black rubber. These boots are the only pair I have ever had with brown rubber and certainly standout.

The soles and heels are both the original 'Isthide' marked soles and not later replacements. Both soles show an number of cracks as can be seen in the photographs. This is a common problem with these boots as the rubber becomes brittle over time. However, the still display perfectly well and do retain their original soles, rather than having later replacements.

The zips are lightening examples on both boots and in mint conidition. There is no signs of corrosion and they run up and down the boots perfectly. The metal buckles the fasten the leather ankle strap are also very good, as is the leather on the leather strap.

Overall a truely outstanding pair of 1941 pattern flying boots which would be hard to better!