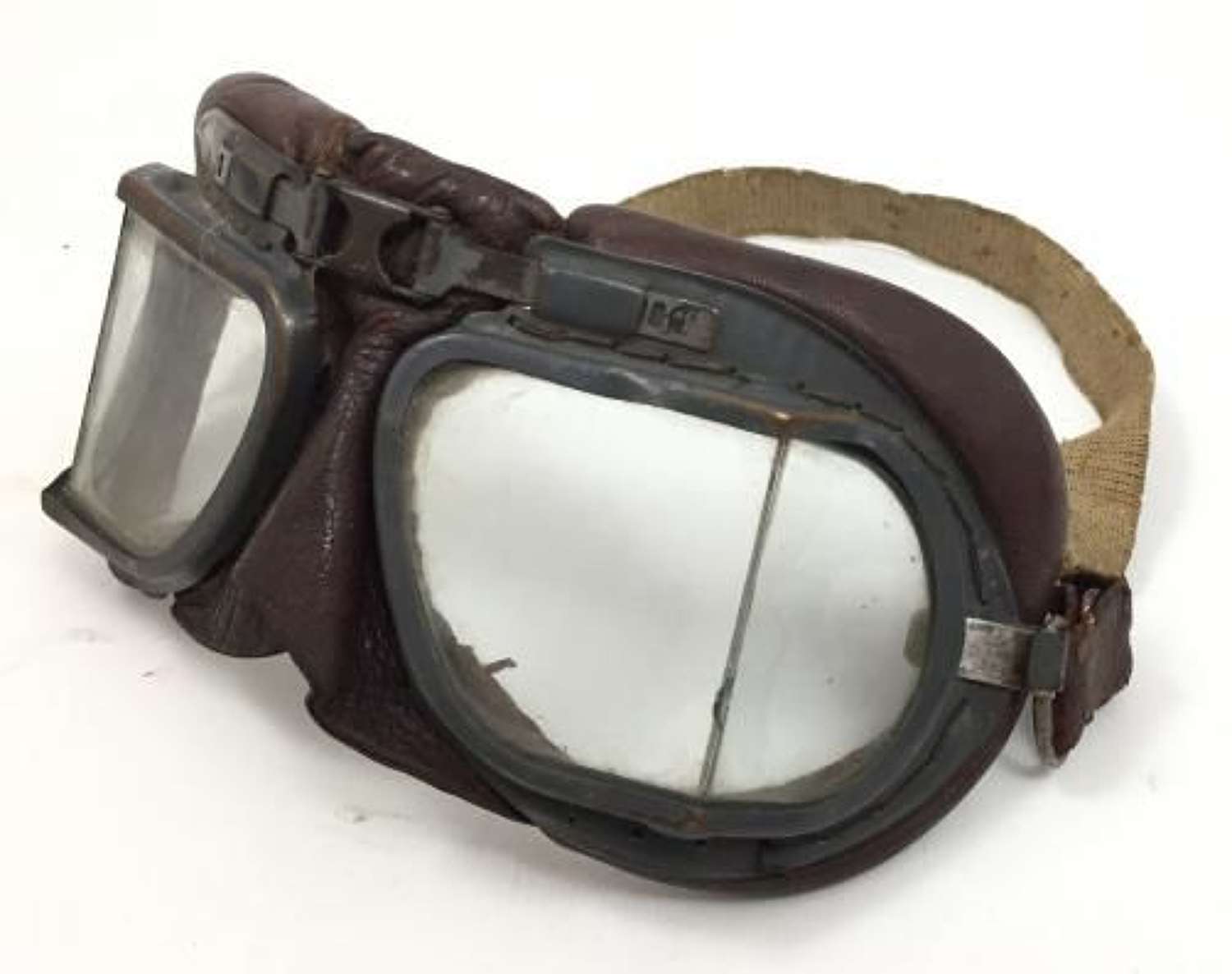 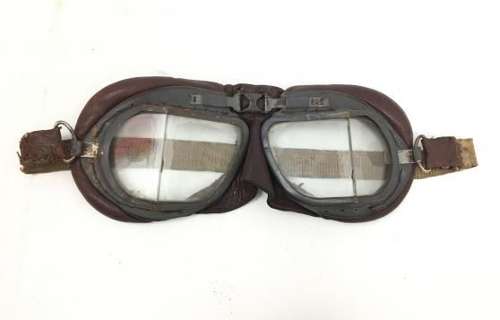 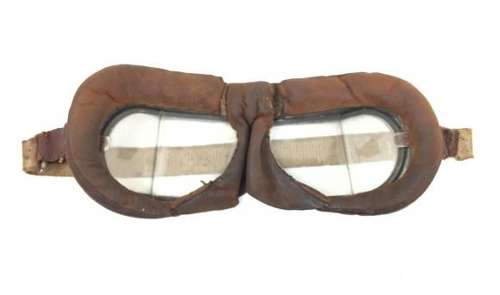 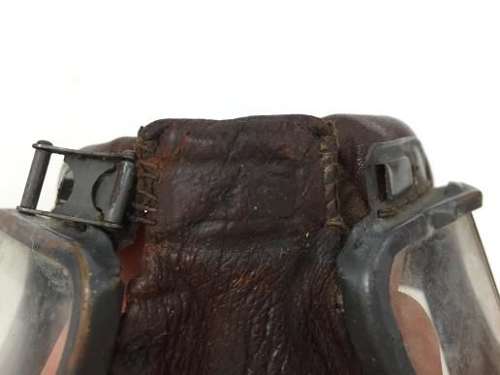 SOLD
An original pair of original RAF MK VIII Goggles in good condition for their age and with faint Air Ministry markings.

These goggles are arguably the most iconic of all RAF goggles and saw use with aircrews from 1942 well into the post-war years. They also saw action with USAAF crews, Fleet Air Arm and Coastal Command amongst others.

This particular pair are in reasonable condition and still retain the majority of their original blue paint to the brass frames. The leather pads are nice and most of the stitching appears strong. Between the two eye pieces is the leather bridge where the Air Ministry stamp is just about visible. Over time it has faded but it can just be seen stamped into the leather if held in the right light.

The goggles feature an original elastic strap which retains a very small amount of elasticity. It has been shortened by removing the metal adjuster leaving a strap which isn't adjustable. Whilst this isn't how they would have been when first issued I have seen numerous examples which have been shortened in this way and the strap is still an original example which displays well.

Overall these are a very nice pair of original RAF goggles with the sought-after AM stamp that would make a nice addition to any RAF display.