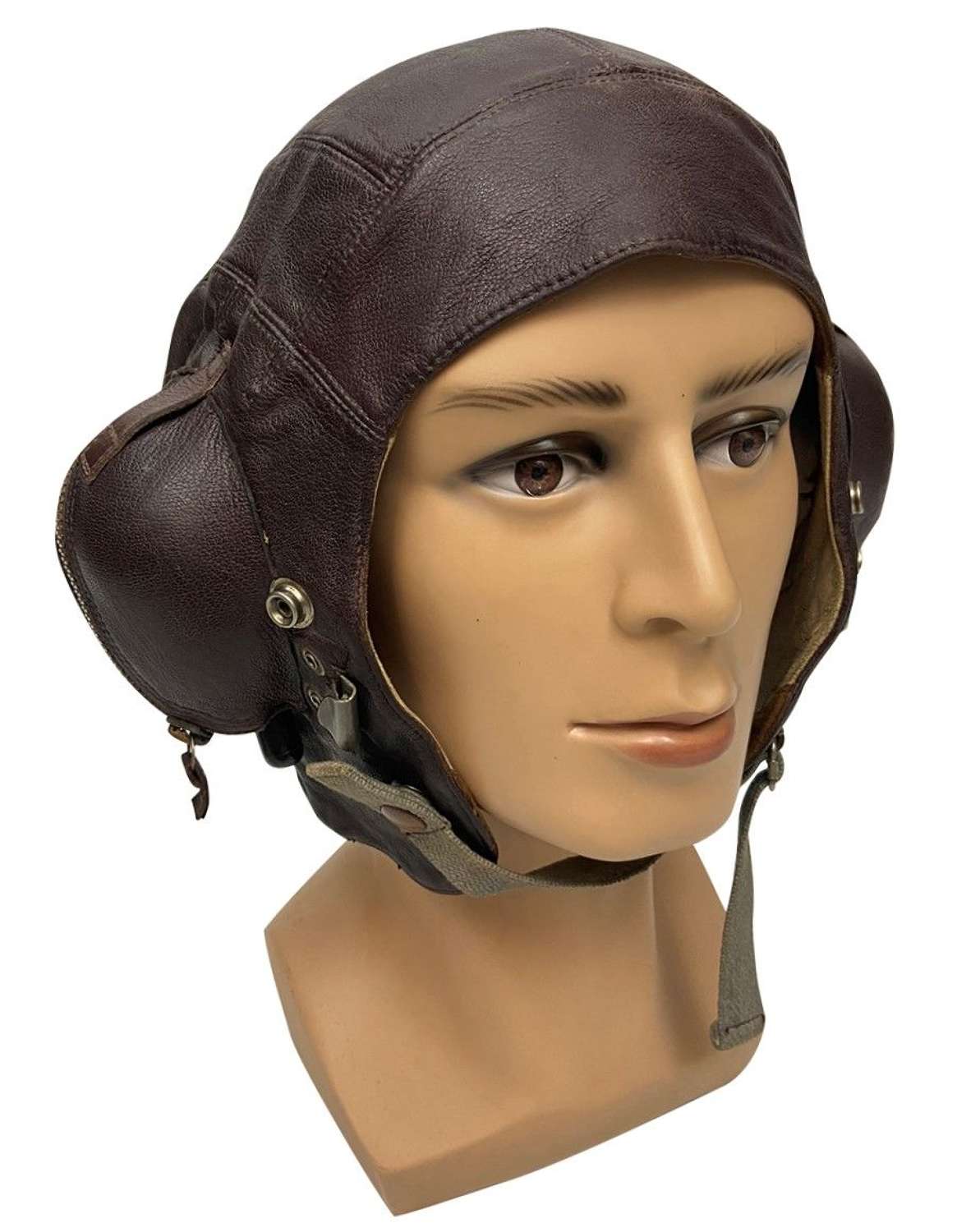 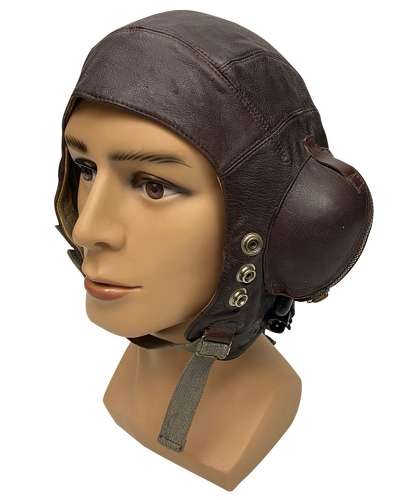 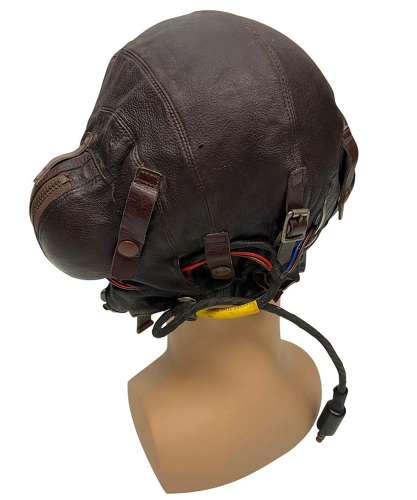 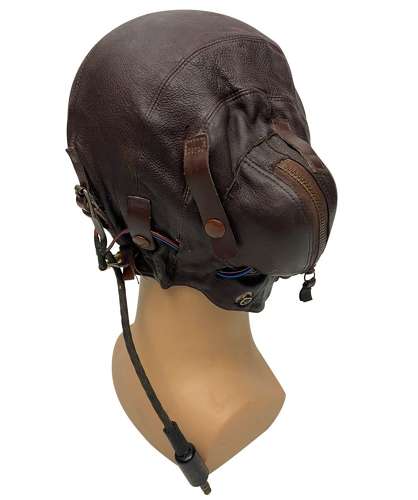 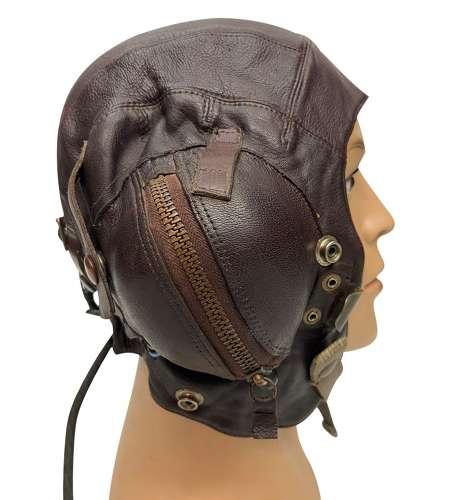 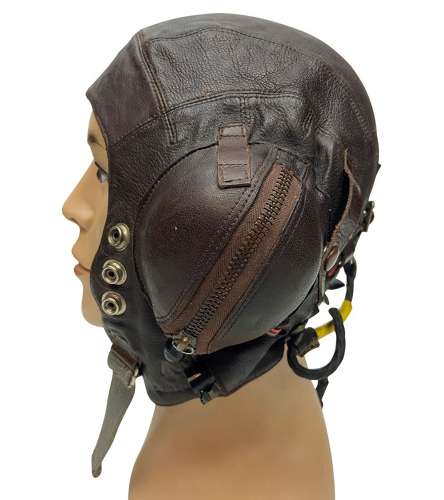 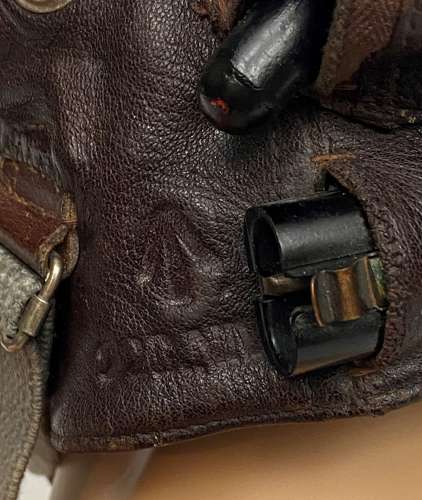 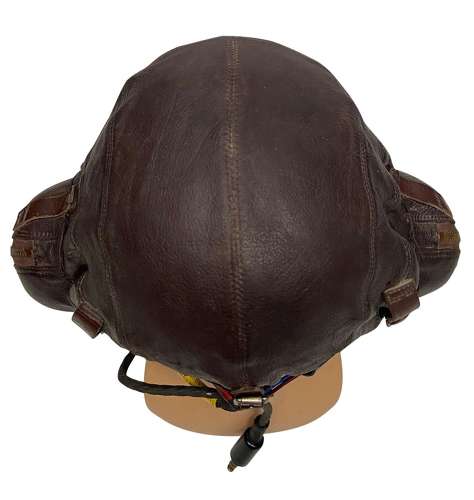 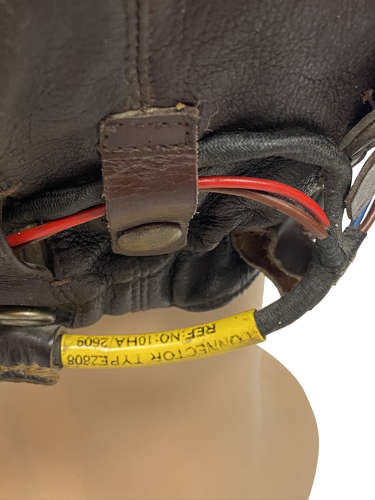 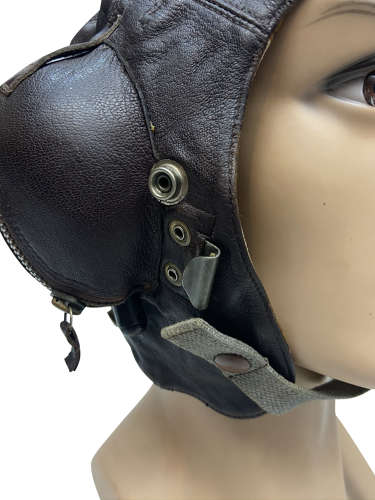 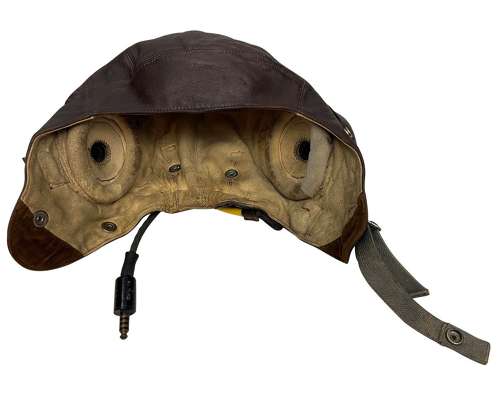 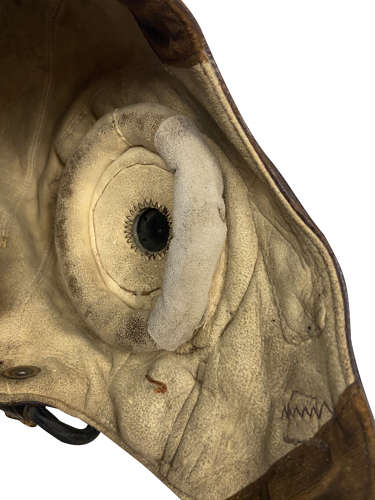 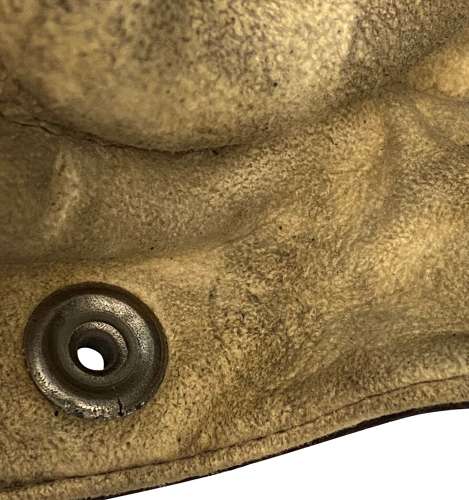 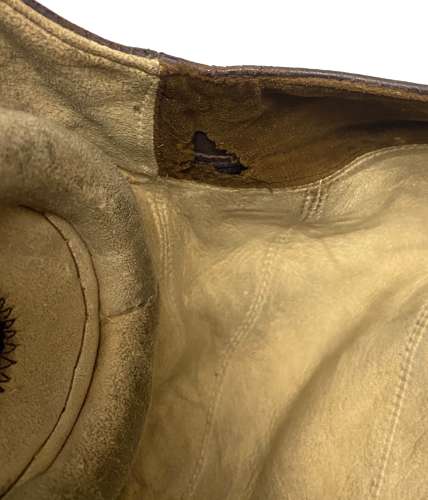 This pattern of helmet is the later pattern which came into service during the last couple of years of the Second World War and features the elasticated chin strap and extra tabs to the rear of the helmet.

The overall condition of the helmet is very good and it displays well. The leather is still supple with only limited signs of use and scuffing, and all the pop studs work as they should. The War Department broad arrow marking and 22C Contract number can be seen stamped into the leather near the chin strap and is still nice and clear. Interestingly, this example has had a single pop stud fitted high up on each side of the face which was most likely added for wear with a specific pattern of oxygen mask.

The interior is also good, showing some signs of service wear etc. There is a hole to the brown moleskin band which runs around the wearers forehead and a repair to the chamois of one of the ear donuts as shown in the pictures. There is a single circular stamp to the interior but no size markings that I can find. The helmet fits like a size 2, possibly 3 and fits a display head well.

Both the Zips on the ear pieces function and one puller still retains its original leather tab, which are nearly always missing. Inside the rubber sponge cushions are still present and receivers are fitted behind these which can be seen from inside the helmet. The helmet is fitted with a later style wiring loom as can be seen in the pictures. There is evidence of where an earlier loom was fitted on the rear leather tab which shows traces of where stitching would have held it in place. An earlier loom could be sourced and fitted to return this to true WW2 spec if so desired.