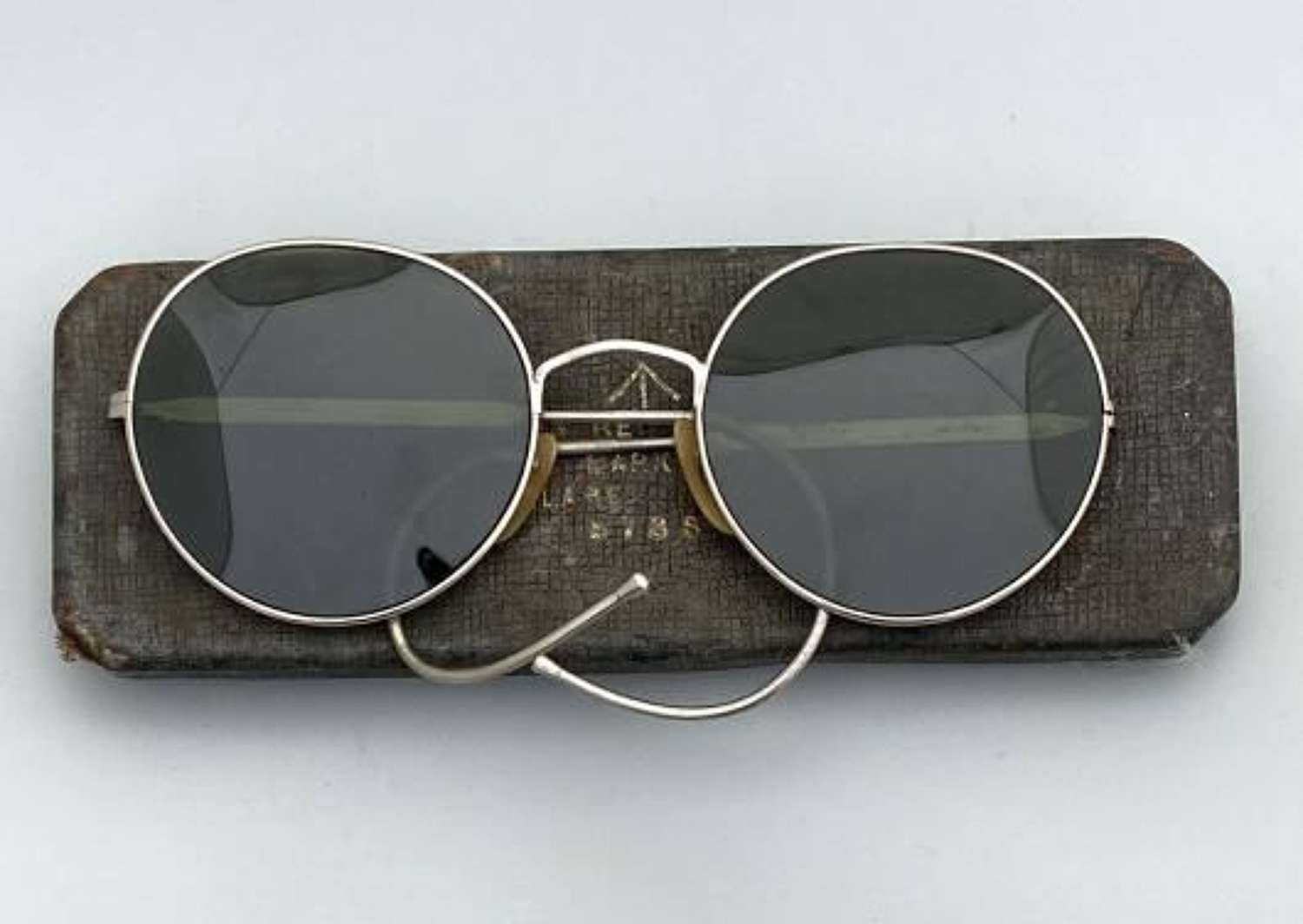 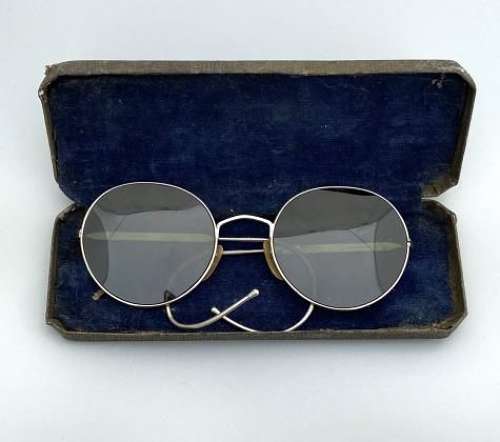 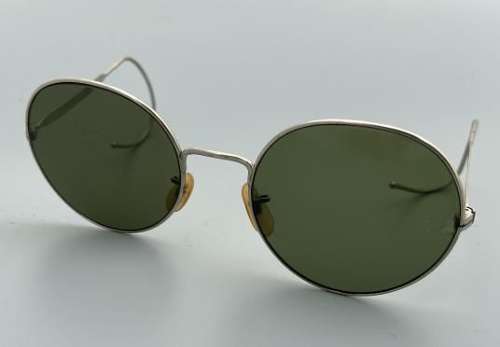 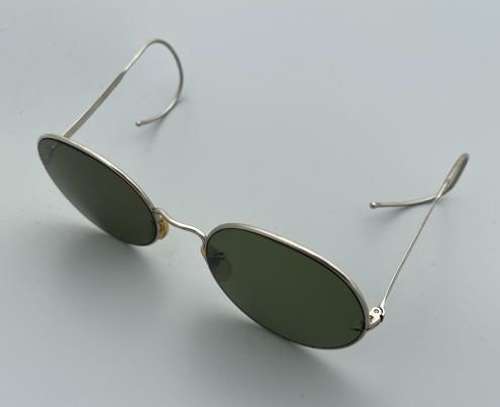 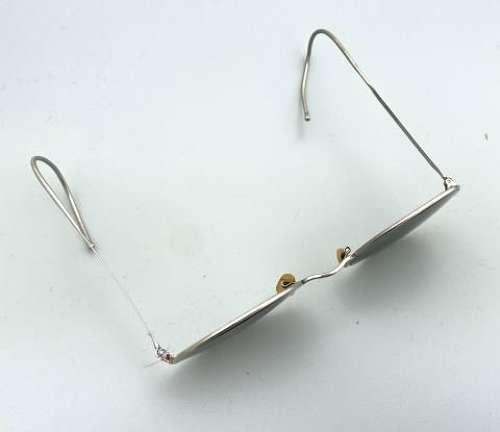 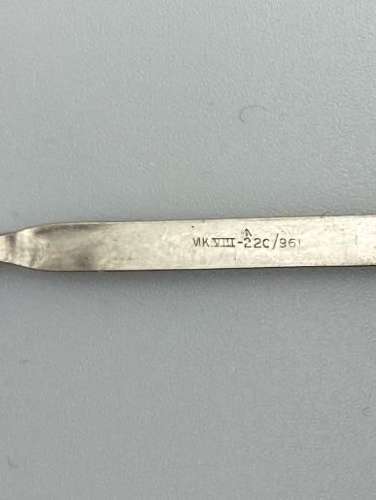 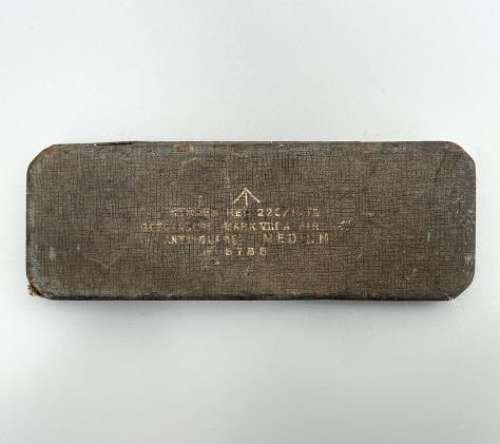 Whilst these are RAF issue, they actually belonged to a marksman who served with the British army during the war with the Small Arms Training School according to the relative I purchased them from.

The glasses are the classic 'aviator' shape and feature chrome plated rims and arms with sprung wrap-around ear pieces. They have green tinted lenses of a very high quality which are still very clear and usable today. The inside of both arms bares the designation 'MKVIII' as well as the RAF stores code of 22c/961. The War Department broad arrow is also present as is usual.

Finally, the original case is still intact and usable, although it has certainly seen plenty of use and displays various signs of age and wear. The original markings can still be seen on the lid including the stores code of 22c/1072 and the War Department broad arrow.

All in all a nice pair of original wartime RAF Sunglasses which would make a nice addition to any WW2 collection.